Michael Flynn Pleads Guilty to Lying to the FBI 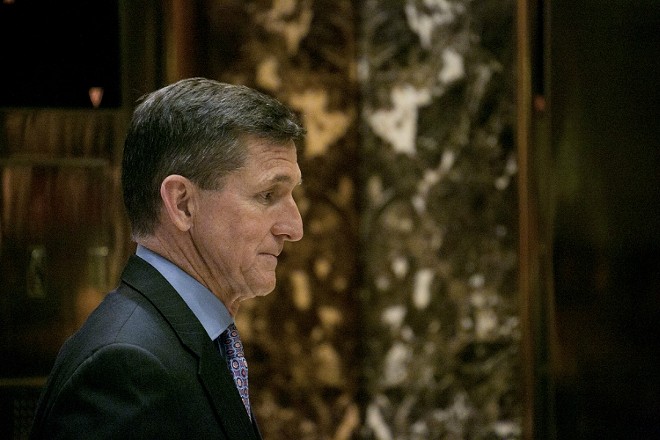 
Flynn, who appeared in federal court in Washington, acknowledged that he was cooperating with the investigation by the special counsel, Robert S. Mueller III, into Russian interference in the 2016 election. His plea agreement suggests that Flynn provided information to prosecutors, which may help advance the inquiry.

The White House had no immediate response on Friday to requests for comment on Flynn’s guilty plea.

The investigation has dogged Trump’s first year in office. While Trump can point to the court documents and say they show no evidence of collusion with Russia, the special counsel’s filings so far paint a damning portrait of Trump’s associates. His former campaign chairman, two other campaign aides, and his former national security advisers have now all been charged with felonies.

Flynn pleaded guilty to making false statements to FBI agents about two discussions with the Russian ambassador to the United States, Sergey I. Kislyak. Lying to the FBI carries a penalty of up to five years in prison.

Mueller’s investigators have learned through witnesses and documents that Israeli Prime Minister Benjamin Netanyahu asked the Trump transition team to lobby other countries to help Israel, according to two people briefed on the inquiry. Investigators have learned that Flynn and Trump’s son-in-law and senior adviser, Jared Kushner, took the lead in those efforts. Mueller’s team has emails that show Flynn saying he would work to kill the vote, the people briefed on the matter said.

In one discussion, according to court documents, Flynn asked Kislyak that Moscow refrain from escalating the situation in response to sanctions announced by the Obama administration that day against Russia over its interference in the presidential election.

The FBI interviewed Flynn at the White House four days after the president was sworn into office.

Flynn served just 24 days, resigning on Feb. 13 after it was revealed that he had misled Pence and other top White House officials about his conversations with Kislyak.

But after accepting Flynn’s resignation, the president repeatedly said he thought Flynn was “a very good person” who had been treated poorly. The day after Flynn resigned, Trump told the FBI director at the time, James B. Comey, “I hope you can see your way clear to letting this go, to letting Flynn go,” according to a memo Comey wrote describing that meeting.