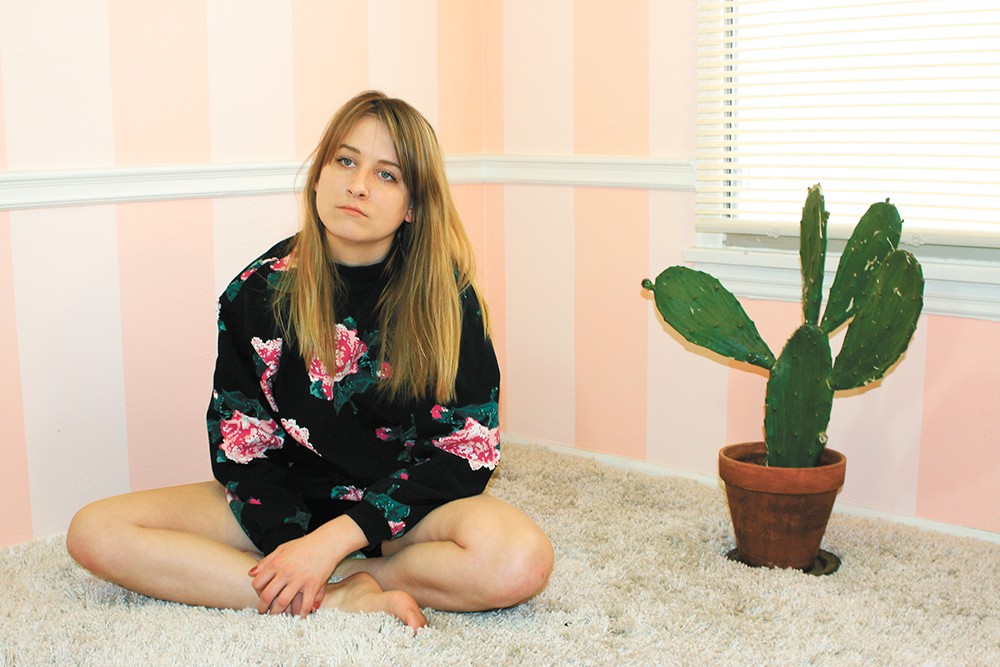 are categorically part of the millennial generation, but what typically sets us apart from younger "Gen-M" counterparts is that we remember a time before the internet ruled our every social interaction.

I am one of those "old" millennials, as is Spokane transplant, artist and writer Chelsea Martin, whose recently published collection Caca Dolce: Essays from a Lowbrow Life explores growing up in that formative decade when online chat rooms (mostly) weren't creepy, Hot Topic was trendy, emo music was cool, and most parents let their teenage kids roam unchecked and without a cellphone.

Throughout Caca Dolce's 18 essays, Martin explores some of the most pivotal and cringe-worthy moments as she came of age between the mid-'90s and early 2000s: weird obsessions, dysfunctional relationships and sexual exploration. While each chapter offers a hefty dose of nostalgia and humor, by the book's end readers understand how all those messed-up and relatable moments led to Martin's eventual acceptance of herself.

"I think people relate to that; feeling really weird, and also toxic friendships when you're that age, and obsessing over the wrong people," Martin reflects, sitting inside a coffee shop near Gonzaga University a few weeks before she'll give a public reading of Caca Dolce at Auntie's Bookstore. Martin and her boyfriend Ian Amberson, also an artist, moved to Spokane about a year ago to be closer to Amberson's family in Coeur d'Alene.

The essays in Caca Dolce are raw, unflinching and deeply personal, written in a detailed narrative style that places the reader alongside Martin as she relives each memory, interweaving thoughts from the now 30-something author to contextualize her younger self's inner monologues. Readers hang out with Martin through such personal experiences as losing her virginity, nights of binge drinking, destructive friendships and a diagnosis of Tourette's and obsessive-compulsive disorder.

"I don't feel embarrassed about any of the stories," Martin admits. "They're stories I wanted to tell for a really long time. I feel like I had to wait a certain amount of time to get distance from the actual events to tell the stories and understand what happened, and what I went through."

One of the book's most impactful recurring characters is Martin's semi-estranged biological father, who Martin didn't meet in person until she was 16. After Caca Dolce was published, she got a "really shitty email from him after he read [the book] that I didn't respond to." She adds that her father also got kicked out of her L.A. reading.

Feedback from the rest of her family mentioned in the book, including her mom, half-siblings and several cousins, aunts and uncles, is still trickling in.

"I think they've read some of it, and are like, 'This is super weird, but it's fine,' I guess," Martin muses. "I think they understand that this is my perspective and my stories."

Though her relatives are pivotal characters in many chapters, some of the other minor characters, like high school friends and old flames, have had their names changed. Despite writing openly about guys she had crushes on as a teen, Martin says she wouldn't want them to recognize themselves in the book.

"I don't know if I would put myself through it again — writing about other people," she says. "It's really complicated and exhausting."

Now that Caca Dolce has been on bookstore shelves for a few months, Martin has received some noteworthy attention for the collection, including best-new-book nods from Nylon, Oprah.com and Harper's Bazaar. Lena Dunham gave a blurb for the cover: "Chelsea Martin continues to prove herself the preeminent chronicler of internet-age malaise and I f---ing love it."

While Martin doesn't regret revealing so many personal details in Caca Dolce, she confesses that it often crosses her mind during book readings that the stories she's reading out loud to a room full of strangers make for an uncomfortable feeling.

"Actually," she says, "I read the piece about Tourette's to an audience and was like, 'Why did I write any of this? It's so sad ... There's 30 of you and you're all staring at me while I say something that's so embarrassing. I don't know what you're thinking.'" ♦