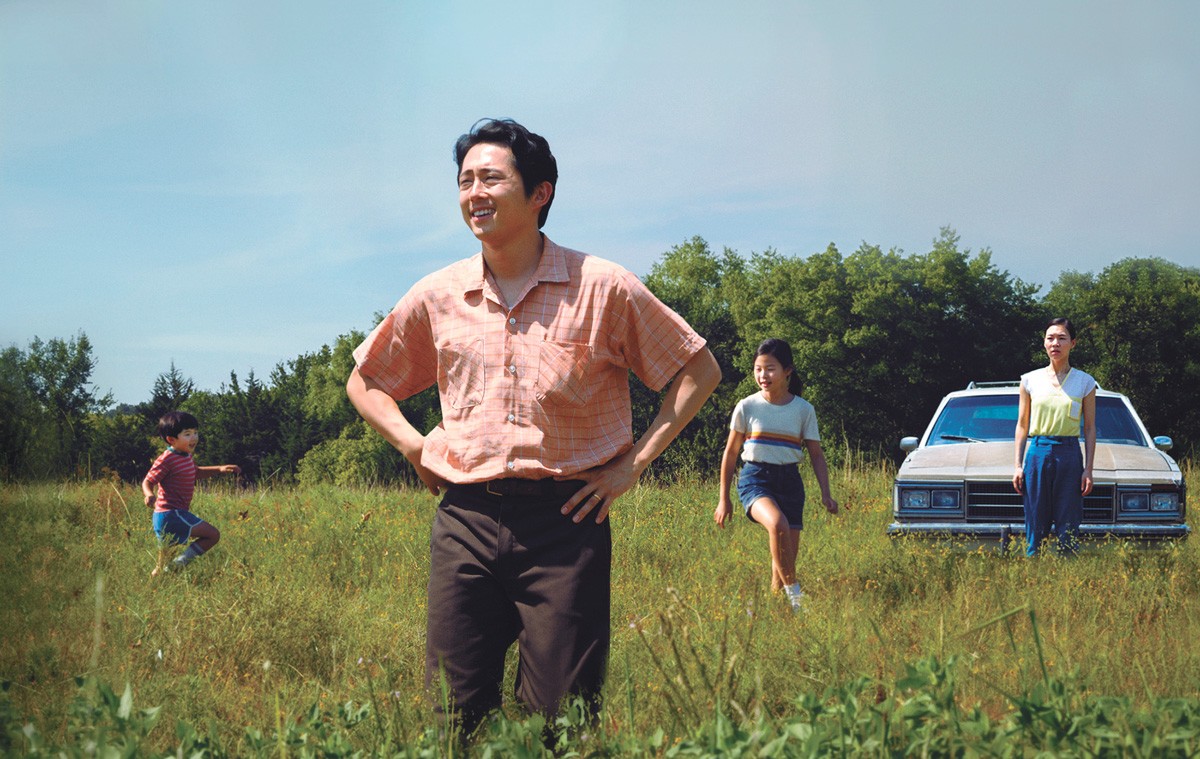 It's a question I get pretty often these days: Why aren't there any new movies coming out? It's an odd question, too, because tons of movies are coming out every week, almost to an overwhelming degree. New releases are either still being delayed for theatrical distribution or they've been relegated to virtual venues without any great fanfare, so you just have to know where to look.

I've been playing catch-up with the first releases of 2021, and I've gathered a handful of the most interesting and challenging indie, documentary and international offerings of this new year that you can stream right now.

MINARI (for rent on Google Play and Amazon Prime)

There are certain movies that have such an eye for milieu and feeling that we can just tell that they've been informed by the rhythms and patterns of real life. Lee Isaac Chung's Minari is a film like that. The new drama, a recent Golden Globe winner and a favorite for Oscar nominations, is filled with such finely observed details and with characters who seem so specific and alive that it has the feel of autobiography.


Chung was born in America to Korean immigrants, who settled in an Arkansas farming town in the early '80s. So, too, does the family in Minari, moving into an isolated trailer home that's surrounded on all sides by untilled land. The father, Jacob (Steven Yeun), has always dreamed of being a farmer, and he hopes to plant the Korean vegetables that are so rare in that part of the country. His wife, Monica (Yeri Han), is less convinced of the farm's viability, and she gets a job in a chicken-sorting facility.

Much of the film is told from the points of view of young David (Alan Kim), Chung's fictional avatar, and his older sister Anne (Noel Cho). The biggest change in their lives is the arrival of their grandmother (Yuh-jung Young), who comes to live with them and look after the children. Her character is the brightest spot in the movie, a cantankerous and playful woman who seems almost suspicious to David ("You're not a real grandma," he tells her). She's conspiratorial with him, bonding with him over professional wrestling on TV.

As Minari reaches its final scenes, and as Jacob and Monica's marriage begins to fracture under the pressures of farm life, there are a few plot beats that feel easily telegraphed and even somewhat contrived. But it's the little moments that are going to stick with me most — how the mother cries after smelling dried anchovies for the first time in years, how the family goes to an all-White church and must stand up as the newest congregants, how Jacob's sole farmhand (Will Patton) sometimes drags a giant cross down the highway as an act of religious devotion.

Thinking back on Minari, I'm impressed all over again by how much detail Chung manages to fit into his 110-minute running time. It's less about its own narrative arc than it is about these characters and the routines of their daily lives — the food they eat, the work they do, the way they interact with one another, how their mostly White neighbors interact with them. It has the feel of childhood memories flooding back, and of real lives unfolding right in front of us.

MY REMBRANDT (for rent on Apple+)

The central concern of the documentary My Rembrandt is right there in its title: Are works of great art things that should be owned? Director Oeke Hoogendijk's film follows a group of art enthusiasts — collectors, restorers, rich people with lots of wall space — who are particularly obsessed with the Dutch master Rembrandt van Rijn, and who have devoted their lives to studying his distinct techniques. The movie explores the ethics of work at the level of Rembrandt's existing in the private sector, as pieces are sold via auction houses for millions of dollars and falling right into the hands of another collector, who hangs it in his living room. But in between all this is the saga of art appraiser Jan Six, whose namesake ancestor was the subject of a Rembrandt portrait. He has found an unattributed painting that he's certain is a Rembrandt, and his mission to prove his hypothesis takes the sort of turns you'd expect from a BBC mystery.

PREPARATIONS TO BE TOGETHER FOR AN UNKNOWN PERIOD OF TIME (in virtual cinemas through preparationsmovie.com)

Marta is a neurosurgeon who starts a flirtation with a fellow Hungarian at a U.S. medical conference. They make plans to meet up in their hometown later that month, but the next time Marta sees him, he says he has no idea who she is. Is he merely stringing her along? Did she completely misinterpret their meeting? Did they even meet in the first place? The uncertainty begins to take its toll on Marta, who becomes more and more obsessed with this doctor. Despite its ungainly, but nonetheless poetic, title, Lili Horvat's psychological study has a laserlike focus on Marta's muddy sense of perception. The solution to the central mystery seems almost designed to be divisive — I found it frustratingly opaque, while other critics have praised its opacity — but the movie has a deliberate, hypnotic pull for most of its run time, and it seems designed to ignite conversation.

A supremely confident debut from writer-director Rose Glass, Saint Maud is a piece of psychological horror that traps us inside a mind that we quickly learn is capable of terrifying things. It's a story about the dangers of emotional isolation, and about well-meaning spirituality tipping over into a violent form of sacrifice. Morfydd Clark plays the title character, a soft-spoken in-home nurse caring for Amanda (Jennifer Ehle), a ballerina in the final throes of spinal cancer. A violent event in Maud's past has inspired her religious conversion, and she sees herself as Amanda's protector, becoming dangerously convinced that she could possibly even heal her. What follows plays out like a gruesome nightmare bleeding over into waking life, all of it driven by Clark's scarily convincing performance as Maud, who has to be sullen and intimidating at the same time. Saint Maud only runs about 80 minutes, and it might have benefited from even more scenes fleshing out its central themes, particularly the prickly relationship between Maud and her medical charge. But its final shots create the most potent kind of horror: You might laugh at its audacity, and then shudder at its terrifying implications. ♦