The Spokane City Council doesn't want to pay up; plus, a teen center set to close in North Idaho 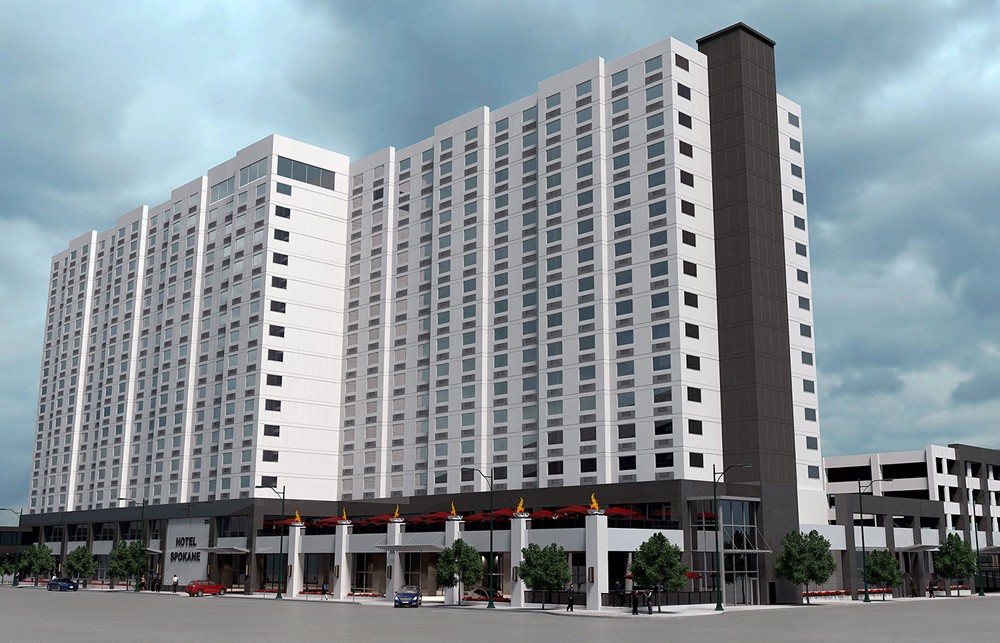 Davenport Hotel Collection
The Davenport Grand Hotel is at the center of a funding controversy between Spokane's mayor and city council.

To be clear, Coeur d'Alene School District was never considering outright banning OF MICE AND MEN. But its Ad Hoc Curriculum Committee had recommended that Of Mice and Men be moved from the category of books approved for "whole group" instruction for ninth graders — allowing teachers to assign the book to an entire class — to the more restrictive "small group" category. That category, which currently includes I Know Why the Caged Bird Sings, The Chocolate War and The Odyssey, only allows teachers to assign the book to smaller groups within a class.

A few critics had raised concerns about Of Mice and Men's inclusion of profanity and dark themes, including euthanasia. But with one exception, the entire school board voted to keep the book as an option for teachers to assign to the entire class.

"I'm pleased that we've reaffirmed some faith in our teachers and their professional judgment," say Coeur d'Alene school board member Christa Hazel. "For those families that this isn't an appropriate book, they can opt out. I respect the parent's right to make a determination."

But since at least 2002, the district says there's never been an example of a parent opting their kids out of reading Of Mice and Men.

Hazel says the board also approved piloting a new version of the Curriculum Committee with clearer guidelines. Instead of making a straight recommendation and risking public wrath, Hazel says the committee would have the ability to offer the school board different options to consider.

"I look at this as a book club, with a community impact," Hazel says. (DANIEL WALTERS)

After 12 years in Coeur d'Alene, Crosswalk North Idaho, a drop-in center for at-risk Kootenai County kids operated by the Volunteers of America of Eastern Washington and Northern Idaho, is closing its doors June 30 due to a loss of funding. The center lost FEDERAL FUNDING two years ago and recently received notification it had been rejected for funds again.

"We managed to keep the program going for nearly two years with local contributions, United Way funds, various grants and a truly dedicated staff," says Crosswalk employee Holly Zack in a Craigslist post announcing the closure. "But it is not sustainable without the foundation of the federal Basic Center funds."

In 2014, 162 Idaho kids stopped by for help with everything from homework to homelessness. Crosswalk also provides teens with clothing, counseling, food and employment training. Coeur d'Alene youth in trouble after July 1 will have to head to Spokane for services.

"Hopefully we're going to find somewhere else for them to go," says VOA president Marilee Roloff. "It's been a struggle and it's heart-breaking to have to close it." (LAEL HENTERLY)

Spokane City Council is drafting a letter to Mayor David Condon signalling its opposition to a $318,000 TRANSFER OF FUNDS from the city of Spokane to hotel magnate Walt Worthy to pay for the environmental cleanup of the land where the Davenport Grand Hotel was constructed.

Earlier this spring, members of city council were presented with a bill for the cleanup as part of an incentives package agreed upon by the Condon administration and Worthy. Condon had argued that the council had been apprised of the deal early on and paying for the cleanup would absolve the city from any liability for pollution on the property, which it owned previously.

A copy of the draft letter, acquired by the Inlander, states that transferring the funds would not be a "responsible approach." The letter also states that the agreement that transferred the property from the city to the Spokane Public Facilities District, which later sold it to Worthy, protected the city from environmental liability.

The letter states that the payment could violate Washington State Constitution's ban on gifting public money to private individuals or businesses. The letter also calls on the mayor to craft future frameworks for developer incentives and the transfer of polluted properties from the city for redevelopment purposes. (JAKE THOMAS)