Modern Family was good last year, and it’s only going to get better. 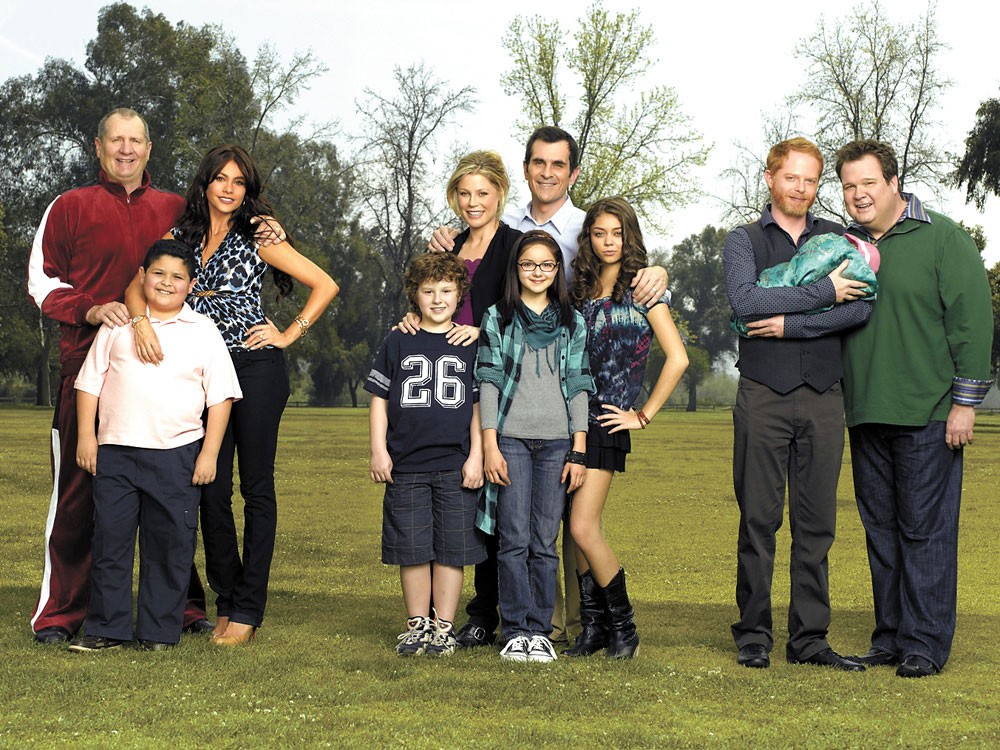 TV family for your real family to watch

Ha! I love quoting myself! I love being right even more.

I wrote that last October — in one of our little TiVo-Worthy chunks — three weeks into the series, back when almost no one had seen it. Now, after winning five Emmys (including for Outstanding Comedy Series), Modern Family is being applauded as a show the whole family can watch together, meaning more people are likely to jump on the bandwagon.

It’s an effort for me to look critically at a show so well-done and enjoyable, but I’ve settled on the unfulfilled promise of the word “modern.”

While the show takes on non-traditional family elements — homosexuality, cross-cultural marriage and adoption — it does so in a traditional TV way.

The overtly gay character, Cameron (Eric Stonestreet) squeals and gallivants around with flailing hand gestures, and he and his uptight (the other gay stereotype) partner never kiss. And did they make Cam a former football star just to sell it to a few more homophobes? Gloria (Sofia Vergara), the Latina trophy wife, is loud, overly demonstrative and way too gorgeous for even a rich funny old American.

Still, the writing, casting and acting more than compensate for a lack of modernity. The “mockumentary” interviews are an antidote to traditional sitcom formats, acting like asides for the audience and usually providing the funniest lines: (Phil: “Every realtor is just a ninja in a blazer.” And Cameron: “If an accident does happen, I hope he kills me, because I don’t think I would be a very inspiring disabled person.”)

Co-creator Steven Levitan (Just Shoot Me, The Larry Sanders Show) says about three-quarters of the story lines are roughly based on an experience of a producer or writer. Though the situations may seem outlandish, they work; they’re not only ridiculously funny, but familiar and touching.

My family does watch the show together every week; we laugh out loud at the slapstick, and I usually end up crying. My son thinks all gay men are hilarious and attentive dads, and my daughters prefer mixedrace dolls. Do I credit Modern Family? Not completely, but it helps.

The League
For a family show with a TV-MA rating, you have the FX network. The League touts itself as a show about “friendship, marriage and parenting,” but that’s a bit of stretch. While a few of the old high school buds may be husbands and parents, this show is fundamentally about practical jokes, football, sex and beer. (Thursdays, 10:30 pm, FX)

The Event
ABC’s Flash Forward failed to be the next LOST. Can NBC’s The Event pick up the mantle? Series creators describe The Event as a “thriller, love story, and mystery with an element of science fiction.” Sean Walker (Jason Ritter) tries to find his missing girlfriend and covers up a huge government conspiracy. Ultra-hottie Blair Underwood is president, and the cast includes other veteran TV actors. (Mondays, 9 pm, NBC)

Fringe
“If you can imagine it, it’s possible,” federal agent Peter Bishop tells a small-town sheriff, trying to explain paranormal circumstances behind a murder. But most of what the universetweaking villains do on Fringe isn’t really imaginable. The suspenseful alternate reality twists and Leonard Nimoy make this Fox show addictive, but I miss The X-Files. (Thursdays, 8 pm, Fox)