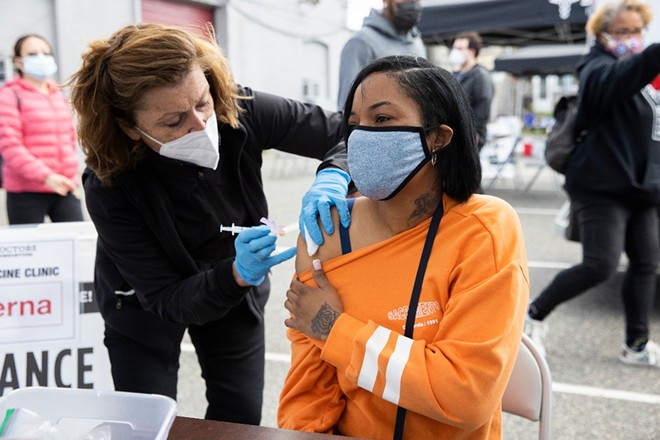 Moderna said on Tuesday that its coronavirus vaccine, authorized only for use in adults, was powerfully effective in 12- to 17-year-olds, and that it planned to apply to the Food and Drug Administration in June for authorization to use the vaccine in adolescents.

If approved, its vaccine would become the second COVID-19 vaccine available to U.S. adolescents. Federal regulators authorized the Pfizer-BioNTech vaccine this month for 12- to 15-year-olds.

The Pfizer shot was initially authorized for use in people 16 and older, while Moderna’s has been available for those 18 and up.

Proof of the vaccines’ efficacy and safety for adolescents is helping school officials and other leaders as they plan for the fall. On Monday, Mayor Bill de Blasio said that all public school students in New York City, the largest school system in the United States, would return to in-person learning in the fall.

New York’s move comes as several states have indicated that they will restrict remote learning, including Connecticut, Illinois, Massachusetts and New Jersey.

The Moderna results are based on a clinical trial that enrolled 3,732 people ages 12 to 17, two-thirds of whom received two vaccine doses. There were no cases of symptomatic COVID-19 in fully vaccinated adolescents, the company reported. That translates to an efficacy of 100%, the same figure that Pfizer and BioNTech reported in a trial of their vaccine in 12- to 15-year-olds.

“These look like promising results,” said Dr. Kristin Oliver, a pediatrician and vaccine expert at Mount Sinai Hospital in New York. “The more vaccines we have to protect adolescents from COVID, the better.”

Moderna also reported that a single dose of its vaccine had 93% efficacy against symptomatic disease.

“Those cases that did occur between the two doses were mild, which is also a good indicator of protection against disease,” Saskia Popescu, an infectious disease epidemiologist at George Mason University, said in an email.

The side effects were consistent with what has been reported in adults: pain at the site of the injection, headache, fatigue, muscle pain and chills. “No significant safety concerns have been identified to date,” the company said.

Moderna said it planned to submit the data for publication in a peer-reviewed journal.