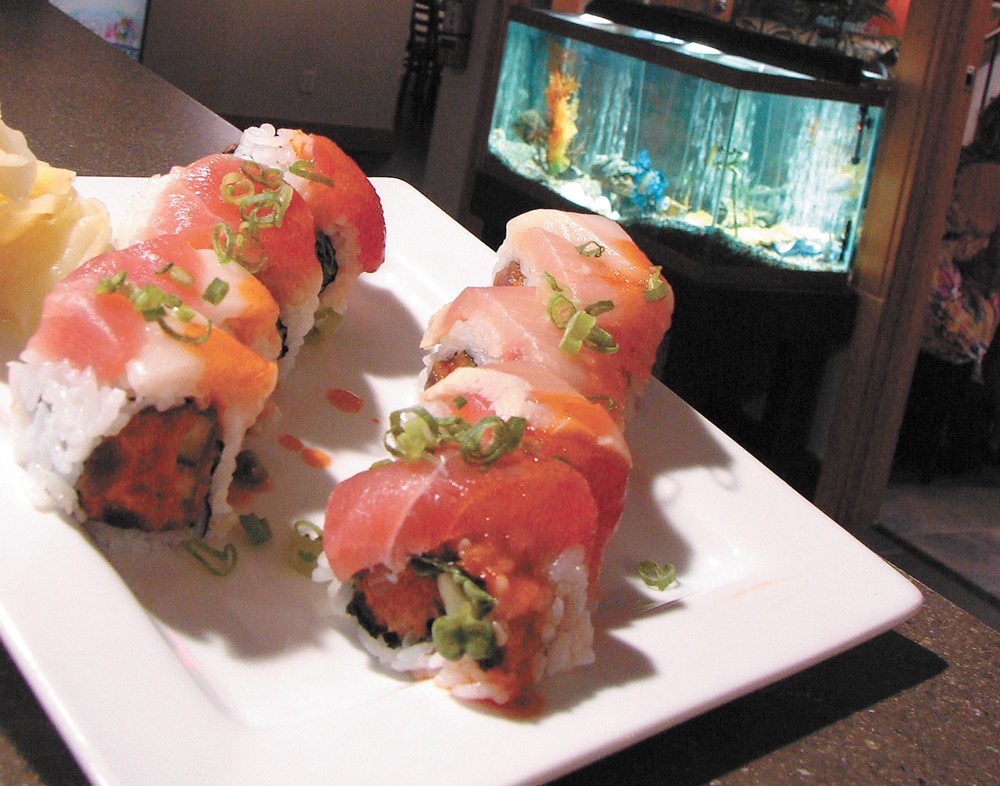 Carrie Scozzaro
Kaiju serves sushi with a side of Godzilla.

At Crickets, says Ciccone, the philosophy is "Let's do what we do, but do it well." Otherwise, he and the owners — his brother and father — haven't changed much at the nearly 30-year-old restaurant since taking it over in 2011.

Kaiju, however, gave Ciccone total freedom. He liked the location, he says, because it reminds him of The Wine Cellar (when Jim Duncan owned it), where he worked for six years. Located underground with brightly colored glass in the windows and turquoise waves on the walls — diners are eye-level with busy Sherman and Fourth Avenue — Kaiju has a whimsical, underwater feel.

Like The Wine Cellar, Kaiju stays open late, serving sushi until midnight, a nod to the restaurant industry in which he's worked 20-plus years, says Ciccone.

The theme at Kaiju, which means strange beast or monster, is from a genre of 1950s- and '60s-era Japanese movies in which creatures like Rodan ravage the city (Oodaku is the giant octopus in King Kong vs. Godzilla).

The monster theme is carried through in décor — large paintings by local artist and tattooist Robert McNeill — and the drink menu, which features sake, wine (red, white, plum), beer and cider, like the gingery Dragons' Breath from William's Orchards. Try a signature drink, like the Mothra-hito: whiskey, ginger liqueur, lemonade, muddled lime and mint.

Another reason Ciccone likes the name? "This undertaking," he says with a smile, "was a monster." ♦