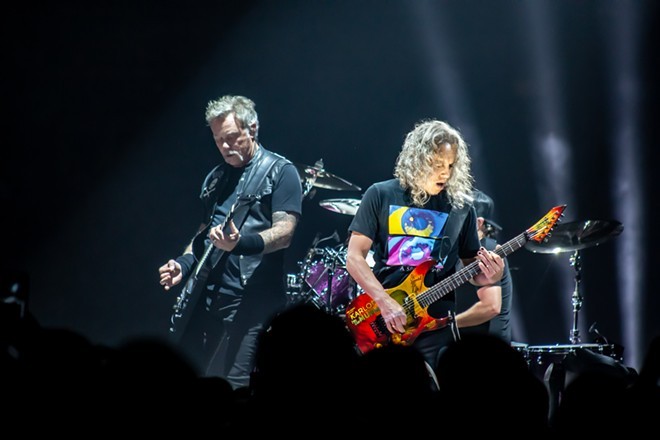 Quinn Welsch
Metallica headlined Spokane Arena in 2018. Could their next show here be at a Monsters of Rock reunion?

For those who hope to rock at Joe Albi Stadium one last time, next week might finally be the make-or-break point of an effort that’s been going on for years.

1988’s Monsters of Rock show at the Northwest Spokane venue is full of fond memories for the region’s hard-rock fans who turned out in the tens of thousands for a bill featuring Van Halen, the Scorpions, Metallica, Dokken and Kingdom Come.

Spokane was one of the smaller cities of the tour that stopped at places like the Kingdome in Seattle and Mile High Stadium in Denver, and it landed in the Inland Northwest thanks in large part to a petition drive led by local DJ Gary Allen.

Plans were in the works in 2020 for a Monsters of Rock reunion of sorts, inspired by the Spokane School Board’s decision to replace Joe Albi with a smaller stadium, and former Van Halen singer Sammy Hagar’s interest in revisiting the place where his band headlined so many years ago.

The pandemic pushed aside any live events. Then Eddie Van Halen died in the fall after battling cancer, making a Van Halen reunion impossible.

And yet, because construction at Joe Albi was delayed by COVID concerns, concert organizers including WestCoast Entertainment President Justin Kobluk and Spokane filmmaker Josh Nicholson are still hoping to host some kind of major send-off before the stadium as we know it comes down.

Whether or not that’s possible is going to come down to Spokane Public Schools’ decision to possibly scratch their old plans for the Joe Albi site and instead build a stadium downtown. You’ve probably heard some talk about that, whether from the local business interests promoting the idea of a downtown stadium as an economic boon for the community, from local high school athletic directors' talk about the benefits of a downtown shared stadium, or from people concerned with the effects of putting another large venue next to the Spokane Arena and soon-to-open Podium, not to mention Spokane Civic Theatre.

While the community waits for the Spokane Public School Board’s decision on where to put the stadium, expected to come at their April 21 meeting, the Monsters of Rock folks find themselves waiting, too. You can’t really put together a massive concert without knowing if you have a building to put it in.

For Monsters of Rock, the equation is pretty simple. If Spokane Public Schools proceeds as planned with replacing Joe Albi Stadium with a smaller version on the same Northwest Spokane site, the district will move fast to get construction moving and get ready for a fall 2022 opening. That means no show.

There was a point in the process when concert organizers could have paid the cost of delaying construction long enough to throw the concert before work began at Joe Albi, but Kobluk says that time has passed. Now the only hope for some sort of Monsters of Rock celebration relies on Spokane Public Schools deciding to build a new stadium downtown, thereby making the future of the Joe Albi site up in the air — which would actually be good news for Monsters of Rock.

In that scenario, while the school district decided what to do with the space, promoters could conceivably get the show — whatever it looks like — off the ground. Forsyth says that if a downtown stadium is the school board’s decision, it’s conceivable that demolition at Joe Albi could be scheduled in a way that could work for a Monsters of Rock show, “if there is a value for delaying the start.”

Of course, having a stadium is just one step in Monsters of Rock becoming a reality. As of now, Washington state COVID restrictions wouldn’t allow 20,000-30,000 people to party down together in close quarters. And Kobluk notes the challenges of scheduling artists who aren’t able to put together typical tours due to similar restrictions in other states. Nicholson adds, though, that the advantage of a one-off big show like a Monsters of Rock is that a band like Metallica or Scorpions can just fly in and out of Spokane, and don’t need to be on tour to make this celebration happen.

For now, though, the Monsters of Rock folks have to wait for Spokane Public Schools’ decision, just like everyone else. Come a week from now, they’ll likely either be scrambling to plan a huge party for August, or putting Monsters of Rock in their memories forever. 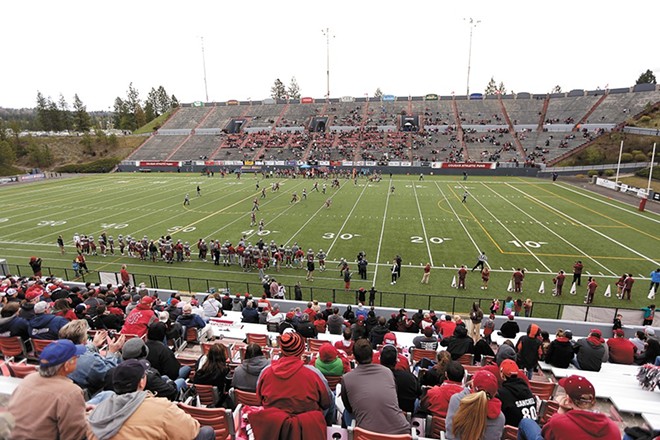