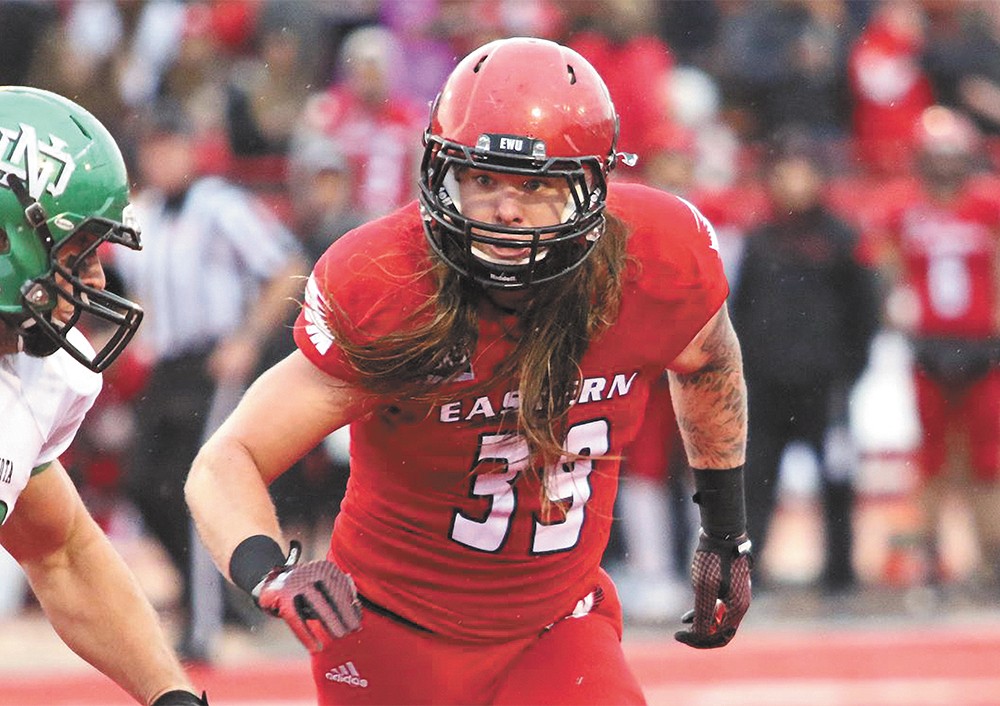 Ronnie Hamlin is walking toward you on a dark, deserted street. Your natural instinct is to a) run like hell in the opposite direction; b) curl into the fetal position and pretend you've died of a heart attack; c) ask Hamlin if he has time to join you for a cup of coffee and a spirited discussion about physics.

For many people, a) or b) would appear to be the best options. For those who know Hamlin, the opportunity to share some time with the leading tackler in Eastern Washington University history is always a treat, even if football doesn't come up in the conversation.

"A lot of people make judgments on the hair and tattoos, but that's not who I am. It's just what you see," Hamlin says in his soft-spoken, unassuming manner.

EWU fans see a 6-foot-2, 235-pound wild man racing around the field, a thick mane of brown hair cascading partway down his back. EWU professors see a dedicated student with a 3.56 grade point average who is closing in on degrees in mechanical engineering and construction management.

"It's just really impressive what he's done in his time at Eastern," linebackers coach Josh Fetter says. "Not just on the field, but off it."

"On the field," Fetters adds with a wicked grin, "don't get [fooled by] the nice-guy 'act.' He'll try to kill ya. He flies around pretty good."

McCarthy and Fetter laud Hamlin for his humble manner and leadership skills. Both also heap praise on Hamlin's parents — "He was raised right," Fetter says — but father and son clashed when Ronnie's high school buzz cut made way for long, flowing locks in college.

"My dad being the clean-cut, military guy, at first he was not happy about it," Hamlin recalls. "He said, 'I'm going to cut it when you're sleeping.'" 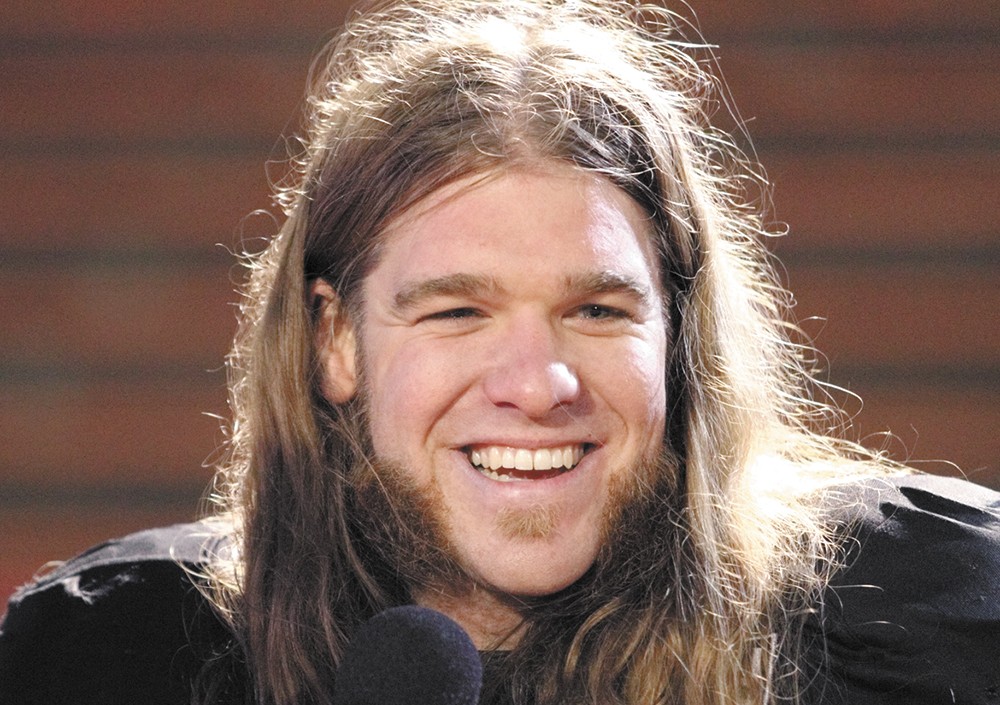 Dad, an Army veteran , eventually took a liking to his son's long hair. Mom didn't complain too much, though she coaxed her son into letting her give him a slight trim a couple times.

Other than that, Hamlin says his hair hasn't been cut in more than four years, the end result of a friendly competition with then-teammates Zach Johnson and Jeff Minnerly. Those two cut their hair years ago. Once the season ends, Hamlin says he'll donate his shorn hair to Locks of Love, a nonprofit organization that aids disadvantaged young people suffering from long-term medical hair loss.

McCarthy, who has started at linebacker with Hamlin four straight years — McCarthy on the weak side, Hamlin on the strong side — jokes that Hamlin is "30 years old" and has played for the Eagles "since the field was green." (Eastern installed red artificial turf in 2010.)

If the truth be known, Hamlin is 24 years old, and he didn't play for the Eagles until 2011. After starring at Timberline High in Lacey (a suburb of Olympia), Hamlin sat out his first two years at EWU when he twice tore the anterior cruciate ligament in his left knee.

"After the second ACL, I was really thinking about not coming back," Hamlin says. "It was hard for me because I really wanted to play, and I felt like I had so much to prove and to show. But after two years off from football and all that rehab and strengthening: It sucks. I don't wish that on anyone."

In some ways, Hamlin's heart ached as badly as his knee when the Eagles won the NCAA Football Championship Subdivision national championship without him in 2010.

"It was really bittersweet," Hamlin says. "It was awesome — I was so stoked for the players, the team — but it kind of burns you because you're like, 'Man, I want to be out there. I should be out there with them.' It's kind of like watching your buddies go to war without you."

Now that playoff time is here, Hamlin is gearing up for his last shot at a national championship. The All-Big Sky Conference first-team linebacker ranks second in Big Sky history and 13th in FCS history with 448 career tackles, but pro scouts may be wary of his age and injuries.

"I'm not ready to give up football," Hamlin says, a twinkle in his eye. "If I hung up my cleats when the season's done, I think I might cry." ♦