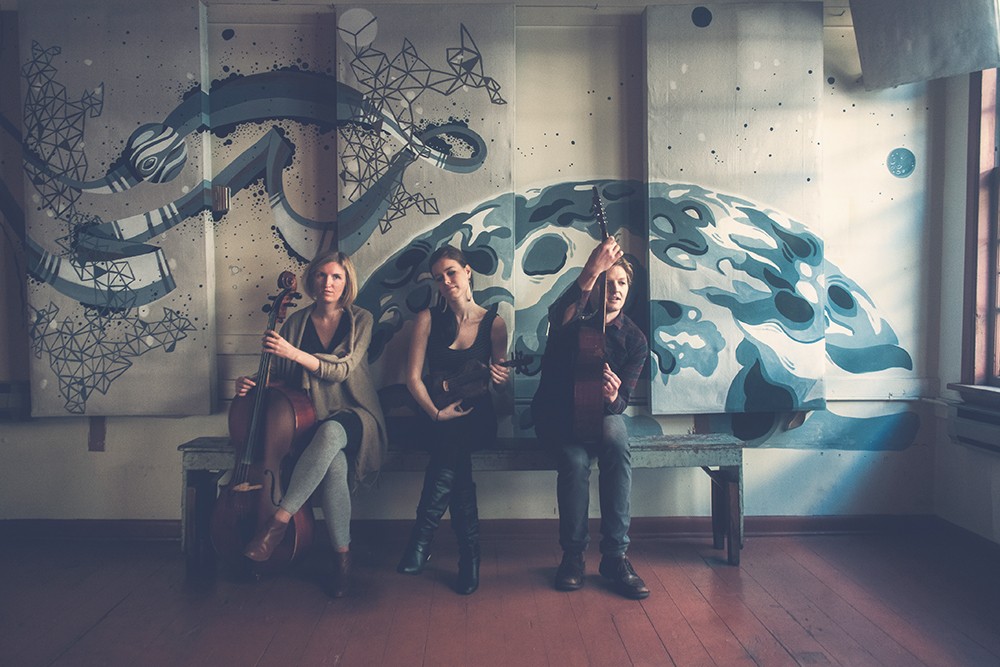 Last November, Maren Haynes was driving around Spokane when she heard her bandmate Dane Ueland's earthy voice on the radio. The cellist was in awe. Their group, & Yet, had never been featured on the radio in their hometown of Seattle, but here was Ueland's vocals over acoustic guitar on the airwaves.

Later that night, she was further impressed by Spokane's appreciation for local music after & Yet received a rocking reception at Mootsy's.

"We were convinced in a bar that rowdy no one would want to listen to a band this mellow, but they really got into it," Ueland says from his home in Seattle. "Maren told me later, 'F--- Seattle, this is the way music should be responded to.'"

Ueland had been a commanding presence in the Spokane folk scene during his time at Whitworth University in the mid-2000s, but Seattle was his dream. Shortly after graduating in 2009, Ueland moved west with roommate and fellow musician Nathaniel Orwiler. At first they railed against getting jobs and quickly watched their money deplete.

"We thought we could show up and they'd pay us to perform," recalls Ueland, now 27. "Like they'd never heard a guy on an acoustic guitar or something."

His solo work was lost in a sea of similar acts. But when Ueland added Haynes — who had also gone to Whitworth — in 2010, people started to pay attention. With Orwiler on drums, they added instrumentalists as they met them (at bars, through friends), eventually growing the band to seven people.

"It took us a long time to sound any good," Ueland explains.

Two years later, & Yet was booking shows at well-known Seattle venues like Neumos and the Crocodile. In November, they released their first EP, A Bud Has Bloomed, full of haunting allegories and ethereal instrumentation. In December, Ueland decided to strip down the band's roster, opting to create a trio with Haynes and violinist Hayley Watt.

"I just made a choice to re-envision the music," Ueland says.

He describes January as a month of drinking heavily and feeling glum after the departure of the other band members, but that they have all remained friends. While Ueland acknowledges that pairing string players with an acoustic guitar is hardly new, he says what his group is doing isn't necessarily common.

"These are intricate chamber pieces, sad chamber pop," he says.

Currently, the three-piece has a handful of newly written songs they'll be playing for the upcoming Spokane show at the Bartlett. A new EP is on the horizon.

"Pop doesn't necessarily mean happy, that's up to the audience to decide what they're hearing," Ueland says. "What matters to us is fully realized arrangements that leave a strong impression on people." ♦