Some changes in the restaurant scene near Gonzaga 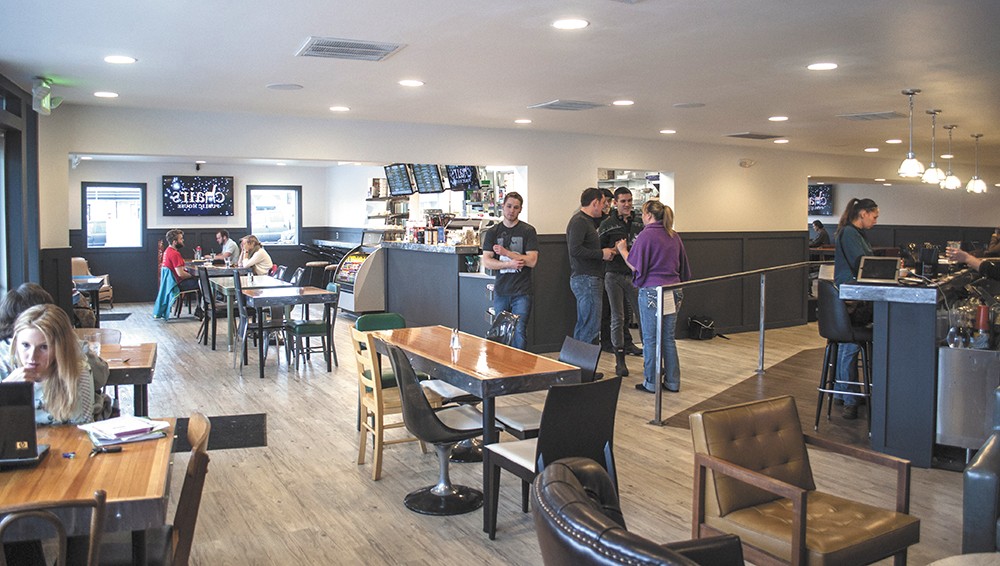 Chairs Public House closed last month, citing too much competition in the neighborhood.

There are some changes happening near the Gonzaga campus

when it comes to restaurant options. In the space of a couple of blocks, three shakeups are underway. Here's the skinny on the latest happenings in the Logan Neighborhood.

Chairs "decided not to move forward" with its business and permanently closed doors on June 9, saying on its website it was "due to various business issues and the roughness of the restaurant industry." The pub was originally a café — Chairs Coffee — but after moving into the spot formerly occupied by the legendary Bulldog, the operation created a new menu, added alcohol and tried to serve as both coffee spot and college watering hole. In January, when the Inlander touched base with its new chef, Chairs had just unveiled a new menu and other changes, but apparently they weren't enough to keep it afloat. In the statement, Chairs cited competition from the Starbucks across the street and Jack and Dan's on the other side of the block as popular options they couldn't match up with.

Garland Drinkery closed its doors on Saturday, June 27, after a four-year run in its namesake neighborhood, but the bar will reappear, with a different name and in a different place. Deb Weisgerber, who owns the Drinkery with her husband Bill, says they made the decision in May to close and start over with a new bar. The couple's new bar, Foxhole — located near Gonzaga at 829 E. Boone Ave. — features lunch and an expanded menu. The move, Deb says, capitalizes on how Spokane's eaters flock to the new. "That's what's cool about this area," she says. "They love new businesses."

Joey's Taste of Chicago, which has three locations in the area — in North Spokane, the Logan neighborhood, and Rathdrum, Idaho — has been closed since mid-May, leaving hot dog lovers wondering what happened to the mini-chain. A sign in the window of the Logan location simply said the restaurant was "on vacation." Joey T's owner, Craig Bagdon, says the business is temporarily "closed for health reasons and actively trying to reopen," but when ready to open likely will "consolidate down and try to work on the one location" near Gonzaga, in the same building where the Foxhole is set to open. No date has been set. ♦