A Seattle band on what it means to be always in motion. 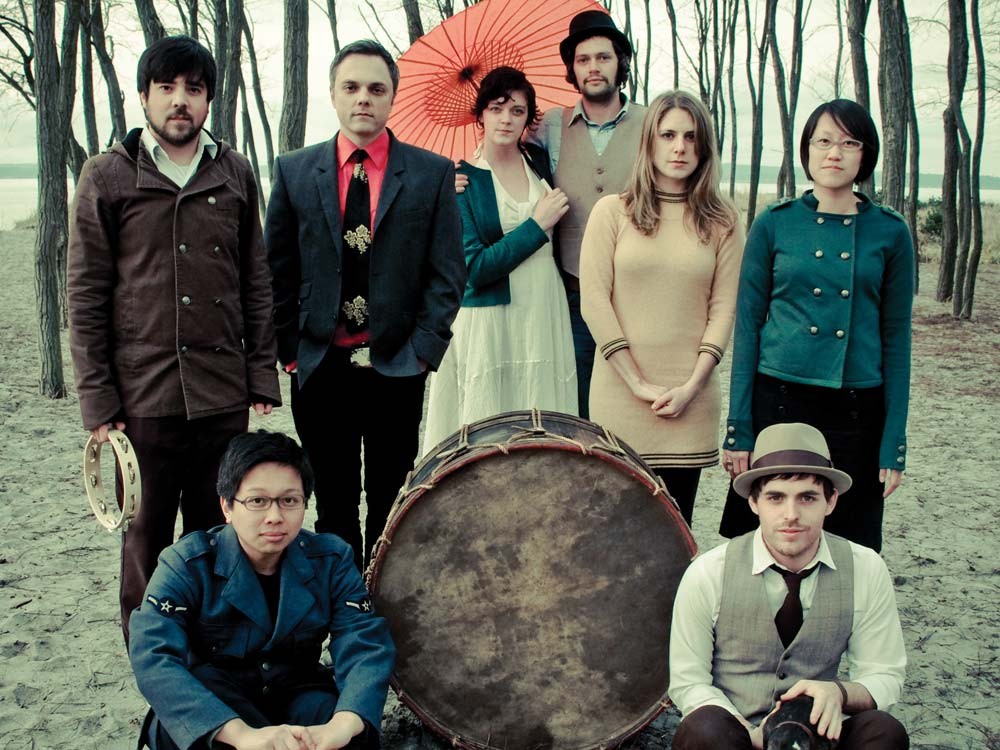 Tomo Nakayama (front left) and the members of Grand Hallway

"I'm always interested by people’s interpretations of what [Grand Hallway] means,”  says Tomo Nakayama, the gravitational core of the Seattle chamber-pop outfit that goes by that name. The name of the band lends itself to metaphorical interpretation, something Nakayama doesn’t discourage.

“To me, it evokes the idea of infinity, an endless temporality in which the past, present, and future are all unfolding at once,” he says. “People in hallways are constantly in motion, going from one room to the next. Every connection and experience we gain in life is valuable and beautiful, but they can’t be held forever.”

That meaning is indicative of Nakayama’s approach to music. The band is a constantly mutating lineup of Seattle’s high-talent, low-profile musicians — like Nakayama himself (Asahi, Maldives), or guitarist Jeramy Koepping of the sonic head-trip known as Voyager One. Perpetual arrivals and departures introduce new ideas, new textures. And the handful of recurring members are given an outlet that stands in stark contrast to their other musical projects.

“Voyager One and Grand Hallway are obviously very different musically,” Koepping says, “But at the end of the day it’s really still all about harmony, melody, and not taking up more room sonically than the song dictates.”

For Grand Hallway’s forthcoming LP, the band’s third, they decided to record in Portland.

“Every record we’ve made up to this point has been done in Seattle, and we really wanted to get out of our comfort zone with this album,” says Nakayama. “It really helped just to get away from the local scene and put everything in perspective. It was good to remember that, as much as I love Seattle, it’s just one small part of the world, and the ebb and flow of that scene doesn’t dictate who I am as a songwriter.”

Likewise, the band’s sound has morphed and drifted since Yes Is the Answer, its 2007 debut. What emerged during the recent Portland recording sessions was, according to Nakayama, “less orchestral and a lot more vibey” than earlier material.

“It’s a much more intimate record than Promenade, which was more anthemic and universal both lyrically and musically,” Nakayama says. “I don’t think the music on this new record is as grandiose, though it definitely has its moments.”

The past has been good to Grand Hallway.

Promenade and its singles made it to several “best of 2009” lists, perhaps underscoring the merit in Nakayama’s philosophy of constant motion.

“The best we can do is to keep doing what we do,” he says, “to keep growing and creating, and trust that the tide will come to us eventually.”