The man largely responsible for changing the face of the Spokane Valley City Council now wants his chance at governance. 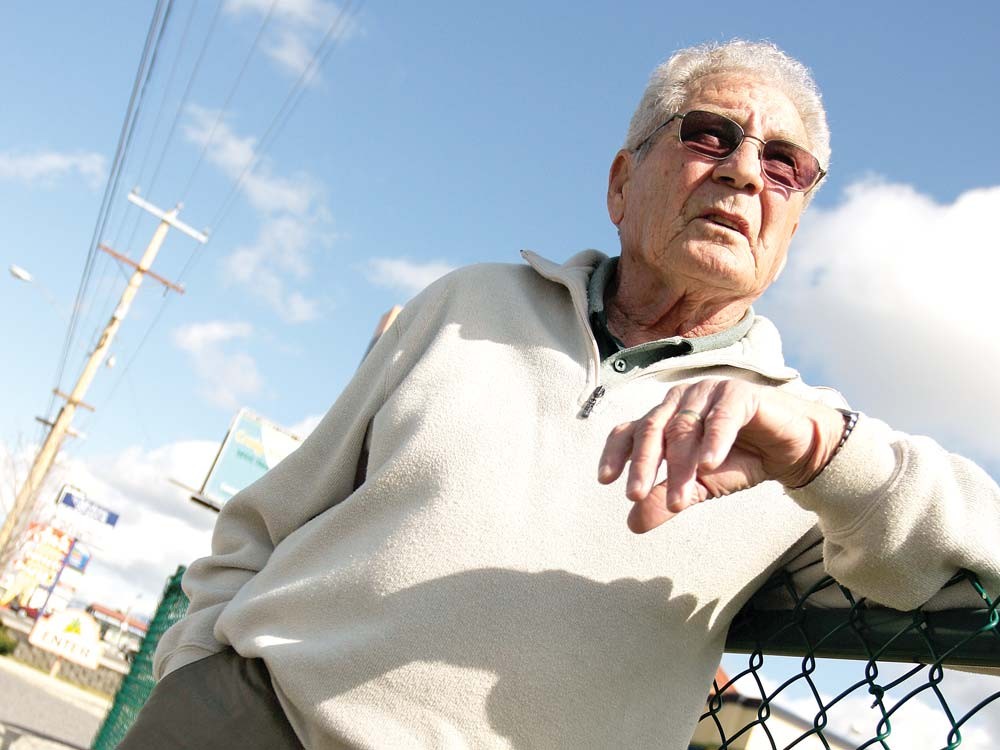 Laying on his deathbed, one leg amputated, Bob McCaslin told Chuck Hafner that there was just one man to replace him on the Spokane Valley City Council: Chuck Hafner.

If there’s one person central to the current state of politics in the Valley, it’s Hafner, who recounted McCaslin’s endorsement. He coined the term “Positive Change,” which described the slate of five politicians who swept city elections two years ago. He allied with them behind the scenes, raising money and finding ways the campaigns could work together. Mayor Tom Towey, part of that group, credits Hafner with informally directing all of their campaigns.

Now Hafner wants to sit on the council himself.

With the death of McCaslin — who was also one of the longestserving state senators in Washington history — Hafner has that chance. Last week, he was among the eight people applying to replace McCaslin by way of appointment — by the very same group he helped elect. The council will interview candidates on May 10, and anticipate choosing a new member a week later.

“There’s a lot of things you’ve got to consider,” Towey says about appointing new council members. “You can be friends with somebody and not have a conflict. Certain criteria steps over a line. … [One being] if, in fact, a councilman thought in his own mind if he couldn’t be impartial to any one applicant.”

Hafner's been a force in Spokane Valley for a long time. He’s lived there since 1955. He was the principal at Central Valley High School, and director of secondary education at the Central Valley School District.

He voted against Valley incorporation every time it appeared on the ballot.

“I didn’t want another layer of government,” Hafner says. “At that point, there was absolutely nothing wrong with what we had.”

After the Valley became a city anyway, Hafner became concerned with its direction. In particular, he thought the sweeping and expensive Sprague Appleway Revitalization Plan, or SARP, would suffocate business development. The intention of SARP was to create a city center by mandating specific types of businesses in key places along East Sprague, the city’s main arterial.

In 2009, Hafner heard about a group of five citizens who met at Yokes, had coffee, and discussed their opposition to SARP. After Hafner joined the informal group, it grew to nearly 40 people. They’d meet at Hafner’s house, or the basement of a Liberty Lake golf course clubhouse, and have coffee and donuts. When the anti-SARP Councilman Gary Schimmels ran for re-election, four other like-minded candidates joined him: Mc- Caslin, Towey, Dean Grafos and Brenda Grassel. It was a decidedly small-government, less-regulations bunch.

But Hafner stayed behind the scenes. “He was directing the Positive Change group during the last election,” says Mayor Towey.

Hafner insists the candidates ran their own individual campaigns. He simply helped coordinate them. He used his contacts to help them raise funds — he’d collect $500 and distribute the money between the five campaigns.

And it was Hafner that coined the “Positive Change” moniker for the group. He’s continued to support them after they won. In March, Hafner donated $100 to Grafos’ upcoming council campaign.

When Councilwoman Rose Dempsey resigned due to frustrations with the Positive Change group and McCaslin died, two seats opened up on the council.

Dempsey’s seat went to a city planning commissioner named Arne Woodard. Instead of replacing Dempsey with someone who supported SARP like she did, council members gave it to Woodward, who opposed it. Dempsey’s seat will be in contention, like McCaslin’s, come November.

“I think it’s a done deal. Do I think the deck is stacked to go one direction? Yeah. ... They all kind of have the same agenda.”
– DeeDee Loberg, city council candidate

DeeDee Loberg, who supports SARP, is also vying for McCaslin’s seat. She says she expected Arne Woodard to be appointed, and now expects Hafner to be appointed as well.

“I think it’s a done deal,” Loberg says. “Do I think the deck is stacked to go one direction? Yeah ... honestly, because he is such a large part of the group. They all kind of have the same agenda. When it’s an appointed situation and not an elected situation ... like-minds come together.”

Hafner has raised the specter of a possible conflict himself: An article in the Spokane Valley News Herald in February quoted Hafner saying that he didn’t want to run for Demspey’s seat. He was worried there would be a perception that, because of his association with the Positive Change group, he had an inside track.

“I want to run for office on my own merits,” Hafner told the paper.

But unlike Dempsey, McCaslin was part of the Positive Change group, just like Hafner.

“That’s the difference,” Hafner says. For every candidate, each council member will have to decide whether there’s an ethical conflict or not, Towey says. Grafos, for his part, doesn’t see one. Nor does Bill Gothmann, the only remaining council member who supports SARP. Hafner points out that he has ties to all the council members. He was in the Kiwanis Club with Woodard, Dempsey’s replacement. And he and Gothmann once allied together to change their neighborhood back to low-density zoning.

“If they are saying they can’t vote for me because of my relationships [with council members], I won’t get elected anywhere,” says Hafner, who is planning to run in November whether he’s appointed or not. “Because I know too many people.”