Chandler Bing comes back to life. 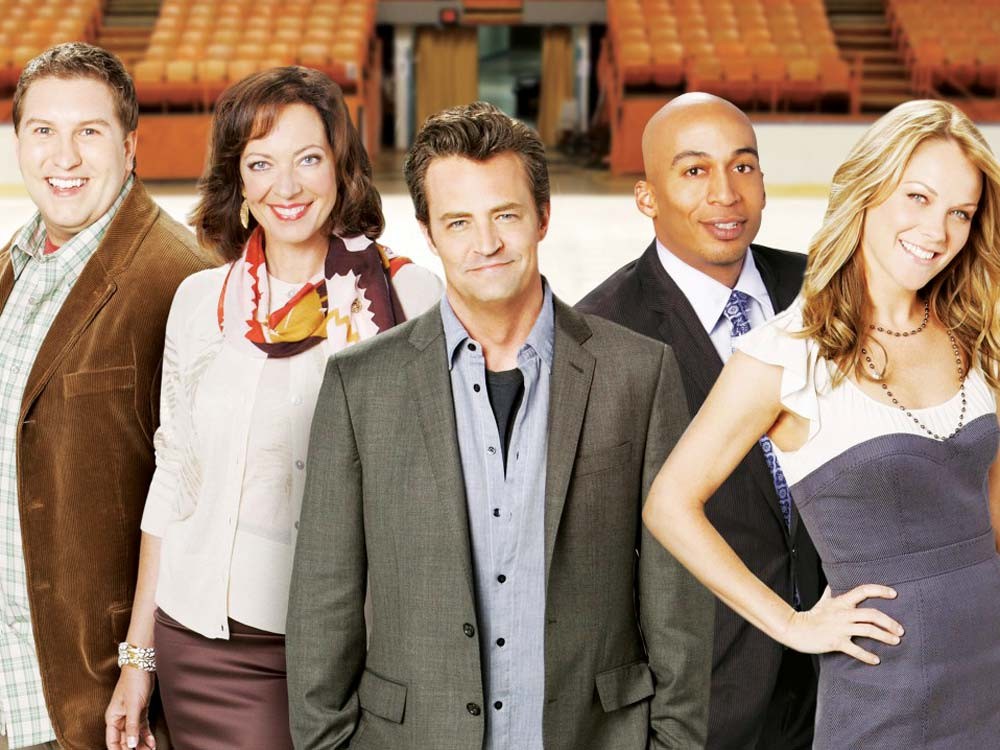 When you’re part of one of the most successful, longest-running comedy ensembles ever, it’s hard not to keep recreating your most famous character. In Mr. Sunshine, Matthew Perry resurrects caustic cutie Chandler Bing from Friends, tweaks him a bit, calls him “Ben” and writes a script around him.

The show would be amusing even with just Perry, but thankfully he has also cast brilliant Allison Janney (The West Wing) as a lovably narcissistic, slightly drug-addicted boss. With the street cred of director Thomas Schlamme (a producer on The West Wing) and ABC’s strongest lead-in (right after Modern Family), the show is set up for success.

Widely known by his staffers to be self-centered, Ben decides, after turning 40 and losing a pretty girl, to become more interested in his employees. His first step? Asking how someone is, and then waiting for a response before walking away. Watching Perry do his new/old character is like putting on a pair of 10-year-old jeans and finding that they’re still in style and still fit. Comfortable. Satisfying.

But the real strength of the show is Janney. Her character, Crystal, the Sunshine Center’s owner, is to Mr. Sunshine what Sue Sylvester is to Glee, or what Karen Walker was to Will and Grace: a scene-stealer. For example, after Ben shows Crystal a potential news photo of her throwing aside a small child to get away from axe-wielding clowns, Crystal says: “Oooh, look at my arms. Pilates is paying off.”

“Yes,” says Ben, “may I direct your attention to the terrified child you’re hurtling through the air?” (Great line. May have created the series just to deliver that line.)

Some elements of the show are weak, like the uncertain relationship between Ben and Alonzo, and the young assistant who may have set a man on fire. But Perry and Janney are truly in their element, and Mr. Sunshine will make you happy.

One Born Every Minute
Having had both a drug-free, natural birth and a C-section, I can appreciate the spectrum of birth experiences, so I guess I’m the key demo for Lifetime’s One Born Every Minute. Filmed at one of the busiest maternity wards in the country, the show’s most entertaining parts deal not with the miracle of birth but the tension among the midwives, doulas and nurse managers. (Lifetime, Tuesdays, 10 pm)

Traffic Light
In Israel, it’s called Ramzor, and it won an international Emmy for comedy. Fox’s spin-off is Traffic Light, and, so far, it doesn’t seem destined for any award. Executive Producer Bob Fisher (Married with Children, Wedding Crashers) provides some sharp writing, but the “college buddies being grown-ups together” plot line has been done too many times. (Fox, Tuesdays, 9:30 pm)

Storage Wars
Every time the metal doors roll up on Storage Wars, I can’t avoid thinking of the pickled head in Hannibal Lecter’s storage unit. But the only thing these collectors fear is failing to recoup an initial investment. With just a glance at the boxes and bins inside abandoned storage units, the traveling investors must bid and buy (in cash) before digging around for potential treasures. (A & E, Wednesdays, 10:30 pm)