From Ron Burgundy to Stephen King

We keep hearing about all those wonderful lentils they're growing down in the Palouse, and who doesn't love Cougar Gold cheese? Chef Jamie Callison, who teaches at WSU's highly regarded School of Hospitality Business Management, has put it all together in one big, beautiful cookbook. It all started when he created a meal for the WSU Board of Governors back in 2012; when he told them all the ingredients were locally sourced, they did what any group generously lubricated with Washington wines would do — they toasted him vigorously and agreed that he simply must write a cookbook! So he did! Linda Burner Augustine — a Coug, of course — helped him perfect his recipes, and now you can put visions of Rainier cherry clafoutis and — of course — Cougar Gold mac and cheese under your Christmas tree this year. (TSM)

Let Me Off at the Top!

In the proud American literary tradition of The Great Gatsby and I Am America (And So Can You!), Ron Burgundy has (finally) written his memoir. If you've been wondering how he single-handedly destroyed Iceland's economy, or jilted Barbara Walters (oh, he dishes), or how he went mano a mano with Norman Mailer, this is your book. As America's favorite news anchor put it at a signing in L.A. recently, "I'm not gonna lie to you: This is a very important book from an important man." Go ahead — just give it to yourself this year. Read it over a tall glass of Great Odin's Raven scotch — the official elixir of Ron Burgundy. (Note: This is true — there is a trademarked Ron Burgundy scotch.) Haters might say Ron Burgundy is overexposed; to that, he would no doubt say, "Thank you, I know!" (TSM) 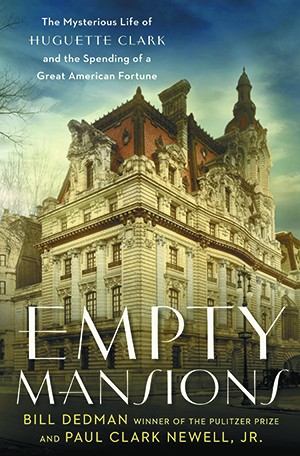 If you've ever been to Butte, you've heard of William Clark, the mining magnate who built that town — and pulled millions in copper out from under it. So whatever happened to all that money? Journalist Bill Dedman found out as he came across a huge Connecticut mansion that had just gone up for sale after being unoccupied for six decades. The clues led to Huguette Clark, William's daughter, a contested $300 million inheritance, and two more palatial homes in California and New York. Huguette died in 2011 at the age of 104, and her life story spans everything from the Titanic to 9/11. Written with the help of Paul Clark Newell Jr., her cousin, the New York Times said Dedman "stumbled onto an amazing story of profligate wealth, one so wild that 'American aspiration' doesn't begin to describe its excesses." (TSM) 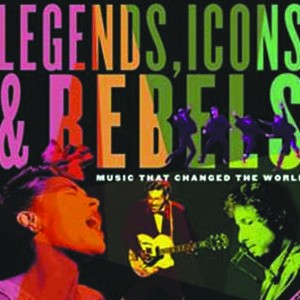 Have you ever tried to explain to kids how the music from back in your day was pretty good, too? They kind of wrinkle up their noses and just stare at you before wandering off. "But seriously, have you ever even heard the Beatles..." How can you possibly be losing that argument? Now you can just gift Legends, Icons and Rebels — a book about rock's roots written just for teens. Pulled together by Robbie Robertson, the lead guitarist for The Band, it's all about "the original risk-takers." His team chose 27 artists — from Chuck Berry and Hank Williams to Bob Marley and the Beach Boys — and even include two CDs with a song from each. The highlight, however, is the original artwork — brand-new portraits that each run over two coffee-table-sized pages. When your teenager is done, you'll want to read it too. (TSM)

When Donna Tartt publishes a book, it's kind of a big deal. It's been 11 years since The Little Friend, and although it was first slated to come out in 2008, The Goldfinch finally hit stores this fall. You can see what took her so long — 700-plus pages, all vividly detailing the disparate worlds of the Dutch masters and organized crime bosses. To take it up a notch, Tartt writes the whole thing from a boy's perspective. (And they say men writing from a women's point of view is tough!) The plot hinges on a 350-year-old painting by semi-forgotten Carel Fabritius, The Goldfinch — the final link to young Theo Decker's shattered family. Protecting and pursuing it takes Decker from New York, in a kind of Holden Caulfield-esque tour of the city, to Las Vegas and then Amsterdam. This is a wild ride of a novel that's sure to win big awards. (TSM)

It's well known that Stephen King was never a big fan of the film version of The Shining. So this year he's out with the last word on the matter in Doctor Sleep, the sequel to The Shining. It debuted on top of the bestseller lists. But a lot of King fans are loving Joyland, the quickie book released earlier this year, wrapped in a super-cool, pulp-fiction-y package under the Hard Case Crime imprint. It's a coming-of-age story at a North Carolina amusement park, circa 1973 — about the time King would have been coming of age himself. Of course there's a ghost in the Haunted House and a serial killer on the loose. Another cool thing: King, who published one of the first e-books back in 2000, did not release Joyland electronically: "Let people stir their sticks and go to an actual bookstore rather than a digital one," King said. (TSM) 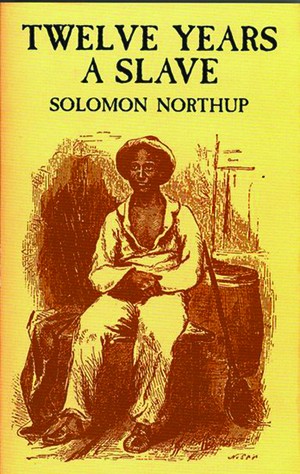 You've seen — or at the very least heard about — the compelling, critically acclaimed film starring Chiwetel Ejiofor and directed by Steve McQueen. Now share the doubly compelling memoir on which it's based. Solomon Northrup's 1853 autobiography recounts the act of deceit that took him from being a free negro in Minerva, N.Y., to a slave in the Louisiana bayou — via Washington, D.C., where he awoke one day to find himself in "a slave pen within the very shadow of the Capitol." Eventually he would be reunited with his family, but not before being whipped, degraded, and narrowly escaping death. Northrup's firsthand account of human cruelty and kindness, delivered with intelligence and superhuman wry humor, was a bestseller four decades before the first American bestseller list existed. The new film tie-in edition has a foreword by McQueen. (EJI)

In the U.S., perhaps not surprisingly, publishers tend to gravitate toward Anglophone authors. Less than 3 percent of the books published in this country each year are translated from another language. Open Letter, which operates out of the University of Rochester in New York, is an independent press that specializes in cutting-edge, under-the-radar, or forgotten literature in translation from all over the world. For a literary gift that keeps on giving, Open Letter offers 6- ($60) and 12-month ($100) free-shipping subscription options that will deliver roughly one newly published book per month, along with a letter from the editor. Forthcoming titles include Everything Happens As It Does by Bulgarian author Albena Stambolova and Why I Killed My Best Friend by Greek writer Amanda Michalopoulou. They also offer bundles of their first 25 or 50 books at incredibly steep discounts. More info at openletterbooks.org. (EJI) 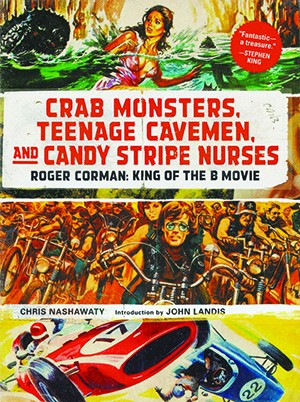 This visually arresting, gleefully kitsch coffee table book on Roger Corman — self-styled "King of the B-movie" — doesn't skimp on substance. Alongside behind-the-scenes photos spanning his more-than-50-year career and full-color movie poster reprints for films like She Gods of Shark Reef and The Saga of the Viking Women and Their Voyage to the Waters of The Great Sea Serpent are historical blurbs and interviews with Corman's (slightly more famous) protégés: Ron Howard, James Cameron, Robert De Niro and Martin Scorsese, to name only a few. Cineastes will appreciate its reminiscences and context, designers will value its aesthetic appeal, and everyone else ought to enjoy reading about the man who brought moviegoers Swamp Women (1955) and Dinocroc vs. Supergator (2010). (EJI)

Penguin's Drop Caps series takes its name from its eye-catching typographical cover designs, with each letter of the alphabet representing the surname of an author of a classic work. So, for example, A stands for Jane Austen's Pride and Prejudice, B is for Charlotte Brontë's Jane Eyre, and so on up to the series' most recent addition, Swann's Way by Marcel Proust. The visual consistency (the consecutive spines form a literary rainbow) and canonical quality of the Drop Caps books make them a great addition to an existing personal library or the basis for a new one. Since Q through Z have yet to come, future books can become a holiday gift tradition. (EJI) 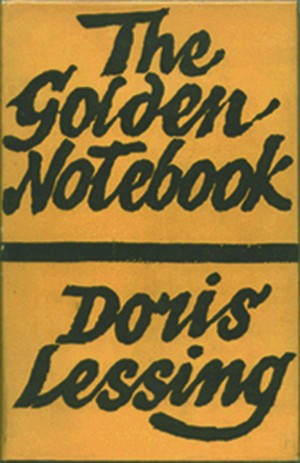 When Doris Lessing passed away last month, she left behind a body of work that included opera libretti, poetry, plays, memoirs, graphic novels and essays in addition to the novels for which this 2007 Nobel Laureate was most famous. The Golden Notebook, which takes up more -isms than Orwell (among them pacif-, femin- and commun-), is perhaps the most renowned of those novels, winning a popular readership despite its earnest treatment of heady, often bleak sociopolitical themes and its experimentation with a postmodern style. This is such an intricate, involved, far-reaching work of fiction, it contains something to resonate with almost any reader. (EJI)

Instead of going shopping with a specific book in mind, why not head to a secondhand indie bookstore and see where fate leads you? In Spokane alone there are Cal's Books, Monkeyboy Books, 2nd Look Books, Book Traders, Rae's Book Exchange and The Book Parlor, plus dozens of vintage stores and charity shops with at least a shelf or two of pre-owned books. Browse sections according to the recipient's interest or strike up a conversation with the clerk and get a personal recommendation, since an anecdote makes any gift a little more special. You could very well wind up with a surprise find for less money. Or a whole stack of finds for the price of a new hardcover. (EJI) ♦