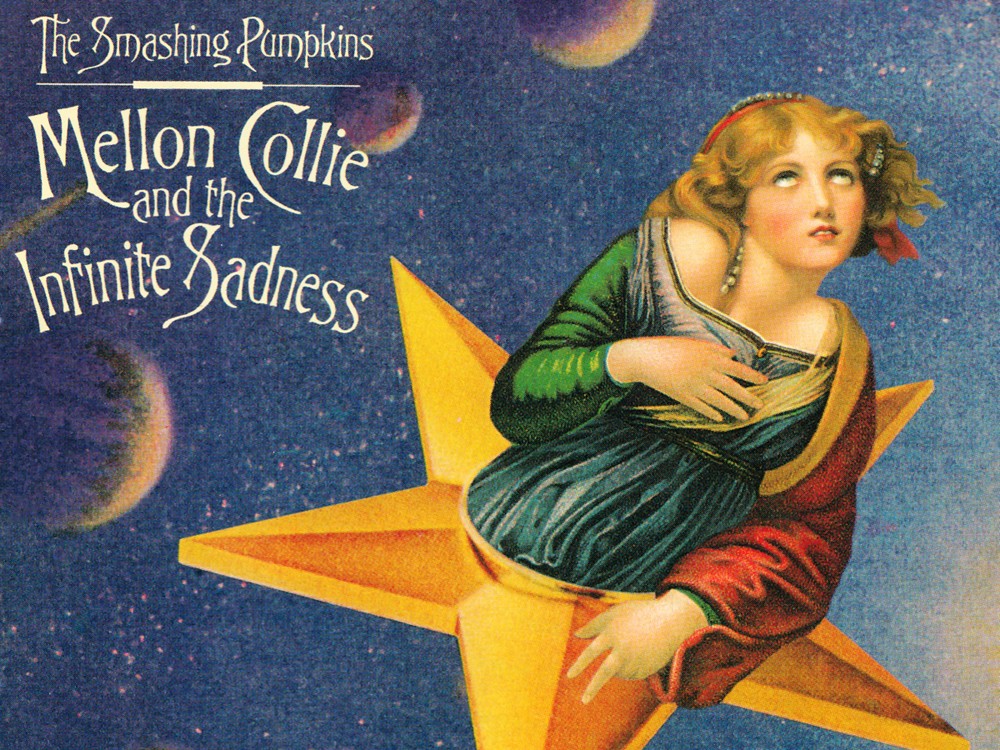 Back when there were record stores in every mall, and back before I knew about teen angst and didn’t really have it, a band with a nasally voiced singer called Smashing Pumpkins released one of the most epic alternative rock records: a double-album about day and night and good and evil. Mellon Collie & the Infinite Sadness needs no more accolades that it hasn’t already received. And if you love it — which you surely do — you’ll want to get a copy of this reissue. The deluxe set gets you CDs and LPs, plus 64 unreleased tracks (WHAT!) and a live DVD of a 1996 show, all tucked inside velvet cases and a fancy schmancy alternative cover. And you get your own decoupage set of Mellon Collie- style art. (LS)

The Velvet Underground’s debut album, The Velvet Underground and Nico, is arguably the greatest and most influential album in the history of recorded popular music — at least the best record that doesn’t say “The Beatles” somewhere on the sleeve. Its dissonance and discordance were so ahead of the times that the rest of the industry took an entire decade to catch up. Underground and Nico has been repackaged, remastered and reissued in so many different musical contexts in the past two decades, but now we finally have what is perhaps the definitive overblown collection: a whopping six discs, crammed with single versions, alternate mixes, mono recordings, studio sessions, rehearsals, rarities — all tucked into a beautiful coffee table book package. Hell, just writing this is getting me all hot and bothered. (JS)

ELVIS PRESLEY
Prince From Another Planet: As Recorded At Madison Square Garden

It’s a time to reflect on the year past, give thanks and spend some quality time curled up with the newest official release from Elvis Presley Enterprises, a double-CD/DVD box documenting his last-ever New York show in June 1972. Depending on how cynical you are, this period of The King’s career (resplendent in cape and karate regalia) is either the height of his artistry as a performer, or the lowest of low mass-appeal. Regardless, the simple fact remains that Elvis rarely sounded better or had a better band behind him. A true time capsule, the record finds him reprising his role as cultural zeitgeist, this time for a radically changed nation. The cracks had begun to show, but given the rhinestones, who can be blamed for not noticing? (GF)

Before the arena shows, before getting a No. 1 record, before Ben Gibbard got (and lost) the (new) girl — before all that, Death Cab for Cutie was just a tiny, earnest indie darling on Seattle’s Barsuk Records. A new limited edition vinyl box set captures those early years in all their understated glory. The collection includes Death Cab’s first four LPs, including the beloved breakthrough record Transatlanticism and the wildly underrated The Photo Atlas, as well as three releases never before on vinyl: You Can Play These Songs with Chords, Gibbard’s killer demo album that started it all, and the Forbidden Love and Stability EPs. You won’t be able to put the box under the tree (the set doesn’t ship till January), but considering only 1,500 of these are being made and each copy is signed by the band, it’d be worth it to pre-order the collection and then exercise a little patience. (SS)

Unless you’re one of, like, two people who were lucky enough to get tickets to the Led Zeppelin show in 2007 — when the band took the stage with Jason Bonham, son of the late-great drummer John Bonham — you’ll be wanting a copy of Celebration Days. It’s a two-hour DVD of the live concert, and can be purchased with CDs or LPs as well. For any Zeppelin fan on your list, this concert — in which the band tackles 17 of its famous songs — is a surefire way to make them love you for at least another year. (LS)

Electronic group FM3, a two-piece specialising in droney and dreamy ambient music, has largely released its output in the past several years not on CD, not on vinyl, but on Buddha Machine. A curious but brilliant little device, the Buddha Machine is an interactive ambient soundbox that utilizes a compact design and miniature speaker to provide the listener with the serene hums and chimes of ambient loops. Lovers of loop-based music have been singing the praises of the Buddha Machine since the release of the first in 2005 — Talking Heads frontman David Byrne even referred to the device as a peek into the future of music — and the fourth one is seeing its release this month. Loop-based electronic has been making a killer case for itself in the past five years, and for fanatics there is really no substitute for the pleasure of being trapped in a dream-like mobius of soft tones. (JS)

Memphis punk legend Jay Reatard wasn’t even in his 30s by the time he had been crowned the King of the New Wave of Garage Punk at the turn of the century. Sadly, he never got to see his 30s at all: Reatard died tragically at age 29, nearly three years ago. The iconic frontman got the recognition he truly deserved last year in the form of a documentary film called Better Than Something: Jay Reatard. The movie takes an intense look into the wild life and untimely death of the fearless and prolific musician: a fascinating tale of punk in a microcosm. The box set DVD release of the film comes in a gorgeous book package with photos, essays and more, as well as the film’s soundtrack on shocking orange vinyl. A lovingly-crafted farewell to a caustic and unlikely hero of rock music. (JS)

Vinyl records died as a result of significant impracticality — they’re large, fragile and unportable. But vinyl has been making an unlikely comeback, and teenage, burgeoning music nerds have become attracted to the archaic but superior-sounding format. Problem is, mom and dad sold theirs, right? Luckily, a turntable setup with an amp and speakers of comparable quality can be put together for around $250 — you just have to know where to look. First, the player itself: Audio Technica’s $80 LP60 model has its own preamp and is small enough to put anywhere, with a great cartridge to boot. For $100, the Sherwood RX4105 100-watt amplifier gives the most blast for the cash. Lastly, a pair of Sony SS-B1000 120-watt speakers provide the best sound for their price range, and at $70 a pair, how can you beat them? (JS)