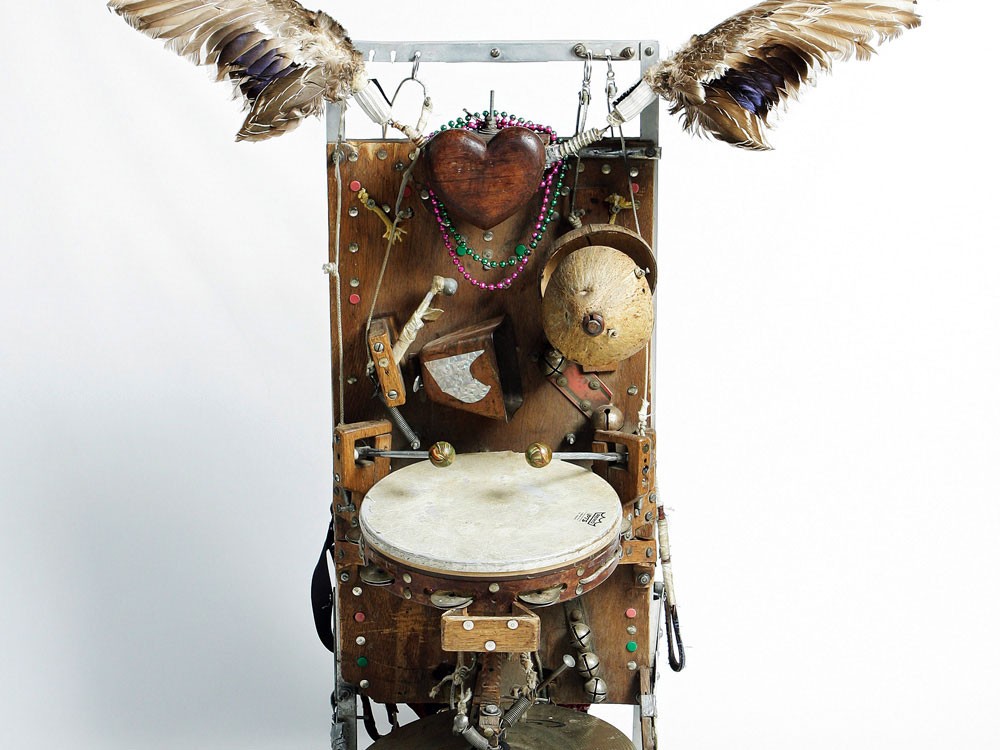 Or the Port-O-Powwow, for brevity’s sake.

You could also call it Greg Youmans’ therapist.

Because when you speak to Youmans, a 52-year-old who plays bass in the Spokane, Walla Walla and Yakima Symphonies, he’s not exactly outgoing. He perks up after a few times you’ve met him, but he’s still kind of a wallflower.

But with the Port-O-Powwow, that changes. He jumps and sings, dances in place and goofs with his audience. He wears a hat with propeller on top. Green Converses. Red pants.

Youmans will tell you his one-manband act is just for exercise. Or for money.

But if you ask him enough times, he’ll concisely say it’s for something more.

Turns out, lots of people enjoy watching Youmans’ therapy sessions with the Port-O-Powwow. It couldn’t be more opposite, he says, of what he does with the symphony.

“Compared to the symphony — you’re just one of many,” he says. “You don’t take it so personally. This is just me — and my audience is five feet away.”

As a one-man act, Youmans leaves his classical training behind. He haphazardly strums an acoustic guitar. He kicks his feet to get the cymbal to sound. Does a little jig to get the drum to stutter out a fill.

That Port-O-Powwow allows Youmans to engage his audience in a way he can’t on a stage. And when he can hook them, Youmans shines the brightest.

“There are times when I can’t get a crowd,” he says. “It can be really fun, and it can be hell. But if the audience is having fun, it’s fun for me.”