Remembering a Founding Father of Spokane Valley. Plus, a trip to the White House.

By Daniel Walters and Kevin Taylor 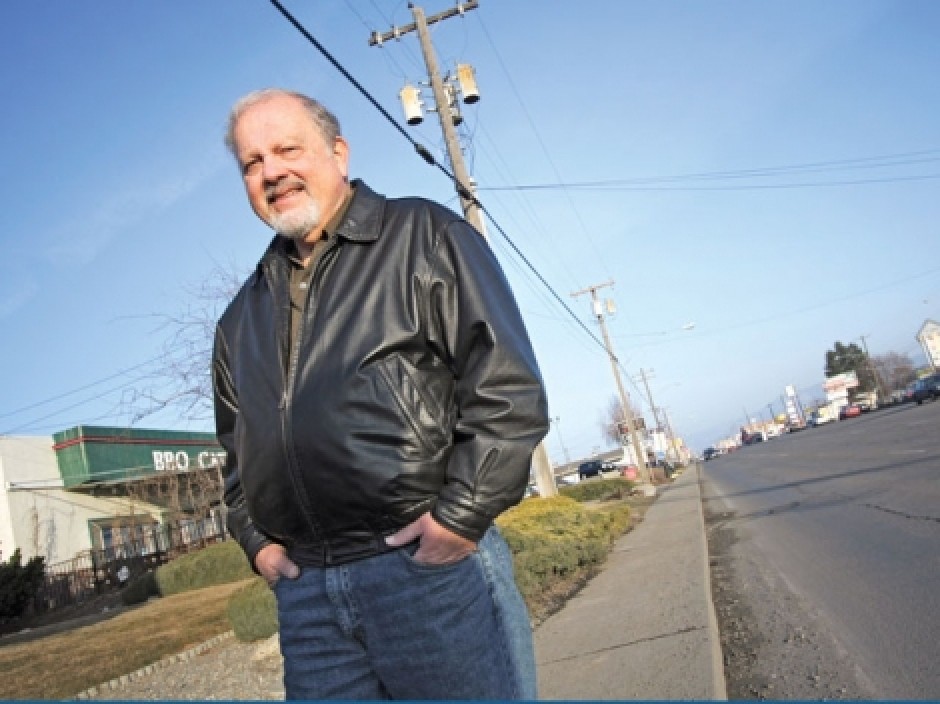 When the city of Spokane Valley was founded, Rich Munson was one of its seven council members. In 2008, he became the Valley mayor.

He died on New Year’s Day at the age of 68, due to complications with leukemia.

“He leaves the legacy of the city,” says Bill Gothmann, a friend and fellow council member, who adds that Munson and the other founders “worked day and night establishing ordinances and putting together the city. It was unbelievable how hard they worked.”

People who appreciate the improvements of the bus transportation in the Valley have Munson to thank — he was on the bus board. And because Munson spent 20 years working for financial institutions, he’s also to credit, Gothmann says, for the quality of the city’s financial strategy.

Gothmann found Munson’s enthusiasm — for life, for the city — infectious.

“He was a guy who was honest and open,” Gothmann says. “There was no doubt when he had an opinion” — something Inlander archives can attest to.

The memorial service will be Saturday, Jan. 8, at 10:30 am at CenterPlace, 2426 N. Discovery Place (north of Indiana and east of Pines). (Daniel Walters)

Barbara Miller, who for years has watch-dogged the cleanup of toxic metals in Silver Valley mine waste, was in a select group of 100 people invited by the White House just before Christmas to a conference on community activism and environmental justice.

But, she reports, most of these top dogs merely made a quick speech and then bolted. A group of one hundred activists, however, is not to be trifled with — and, by the afternoon, they won some time for a back-and-forth with Sebelius.

The session, Miller says, seemed to be an eye-opener for Sebelius that the community groups can have as many problems with the regulatory agencies as they do with polluters.

Miller was able to bring up concerns about lead poisoning, and about the siting of a toxic soils repository in a flood plain near the historic Cataldo Mission.

It was a quick trip — Miller arrived in D.C. late on Dec. 14, and flew out at 3 am on Dec. 16 — but it was a chance to talk about the Silver Valley Superfund cleanup and be introduced to key federal agency staffers.

“We are doing some follow-up,” Miller says. “There is nothing tangible yet, but there is hope.” (Kevin Taylor)

A PASSEL OF PULLED PILINGS

The recent removal of old wooden pilings and log-storage booms has renewed debate about the future of Lake Coeur d’Alene’s Cougar Bay, and Kootenai County Waterways and Parks director Nick Snyder will take questions from all askers at noon today (Jan. 6) at the Iron Horse Restaurant, 407 Sherman Ave.

The county last year was authorized by the Idaho Department of Lands to remove pilings from the mouth of the Spokane River and nearby Cougar Bay. People objected immediately, citing osprey nests on the pilings, and that the pilings keep powerboats out of the bay, making it a rare refuge for canoeists and kayakers on the popular lake.

Even though some groups are still fighting the state’s decision, pilings have been removed last month from the river and from the mouth of the bay, reports Terry Harris of the Kootenai Environmental Alliance.

The county has said it will place a line of 15 buoys across the bay to designate a no-wake zone; plans also call for three mooring buoys for powerboats to tie up inside the bay. (Kevin Taylor)

MEGALOADS NOT IN GEAR YET

Four enormous pieces of refinery gear from Japan are still parked at the Port of Lewiston despite a ruling from a special hearing examiner last week that ConocoPhillips should be granted permits to haul the megaloads over narrow and twisty Lolo Pass.

Thirteen people who live or work along Highway 12, a federally designated National Scenic Byway, will decide by the end of this week if they will appeal the decision, says Linwood Laughy, one of those opposed to the shipments.

Also, the Idaho Transportation Department says it will not allow the loads to travel in snowy or icy conditions. At 30feet tall, each of the four loads is the size of a three-story building. At 24-feet wide, they take up both lanes of the road, and at well over 600,000 pounds each, they are the heaviest loads ever to travel an Idaho road.

The key for the opposition, Laughy says, is to show a bigger picture. The hearing examiner limited the scope to the four ConocoPhillips loads when other oil companies, such as ExxonMobil and Harvest Energy, have announced another 270 megaloads are proposed to go over the pass and then north to open-pit tar sands mining in Alberta.

The Canadian tar sands are projected for major expansion over the next 10 years, Laughy says, meaning the rural, scenic Highway 12 — which runs along the Wild and Scenic Lochsa and Clearwater rivers — could be choked with slow-moving megaload convoys for a decade.

Turnouts, used by commercial truckers and hordes of whitewater rafters would be barricaded to make sure they’re available for the slow-moving megaloads to pull off and allow backed-up traffic to pass. (Kevin Taylor)