Northern Quest is bringing the perks of an outdoor venue closer. 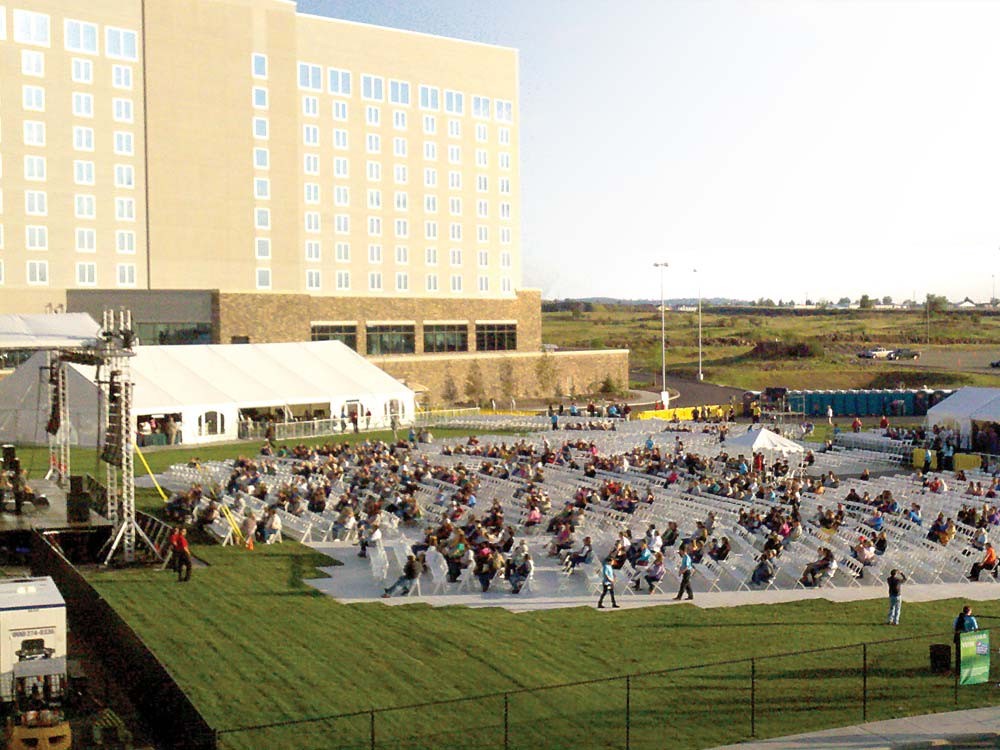 Your options for live outdoor music are no longer restricted to the sporadic events at the Lilac Bowl Amphitheater or the over-crowded shows at the Gorge. Northern Quest’s new venue pairs a strong lineup with classy digs to give you an outdoor concert experience not far from your own backyard. Here’s everything you need to know about the new addition.

Nestled in a cove created by the surrounding parking garage, hotel, and casino buildings, the mammoth stage, which faces out into an empty field, has been under construction for two weeks.

The structure is designed to stand up to 65 mph winds, supports 225 pounds per square foot and is equipped with full lighting and sound. Speakers are positioned such that sound will be optimal for the seating area but not spill much over into the other property. James Armstrong, who is in charge of managing production, says the sound of this stage is actually an improvement from that of Northern Quest’s indoor venue.

“Sound, of course, is far better on the outside than it is on the inside, because you’ve got buildings and walls that reflect it,” he says, adding that the outdoor venue can boost the volume of the indoor stage without the pressure of all that sound being contained within four walls.

The area in front of the stage features rows of 4,250 green fold-out seats. They sit upon a white plastic event deck made of smaller pieces that fit together like a puzzle. It’s non-slip and drains water to the gravel underneath.

Unlike other outdoor venues, where the cheap seats feel miles away from the stage, Northern Quest has created an intimate environment while still being able to host nearly 5,000.

“Your cheapest seat … you are approximately under 150 feet away from the entertainer,” says Jeffrey Duke, vice president of resort operations. “The intent was to keep it nice, small, intimate, so that people can get a great value for any ticket they purchase here.”

Duke says they are also offering package deals with the shows and hotel stays. If you do opt to stay the night, you’re a two-minute walk from your room.

So far, the lineup is seven shows strong, with one more to be announced. The schedule is as follows:

Although the venue is just booked for the summer, “we don’t want to limit ourselves to the season,” says Duke. He also says there is a possibility of more local acts taking the stage in the coming months.

“Most people think Airway Heights is about 60 miles away,” says Duke. He says many people are shocked when they realize it’s more like 10.