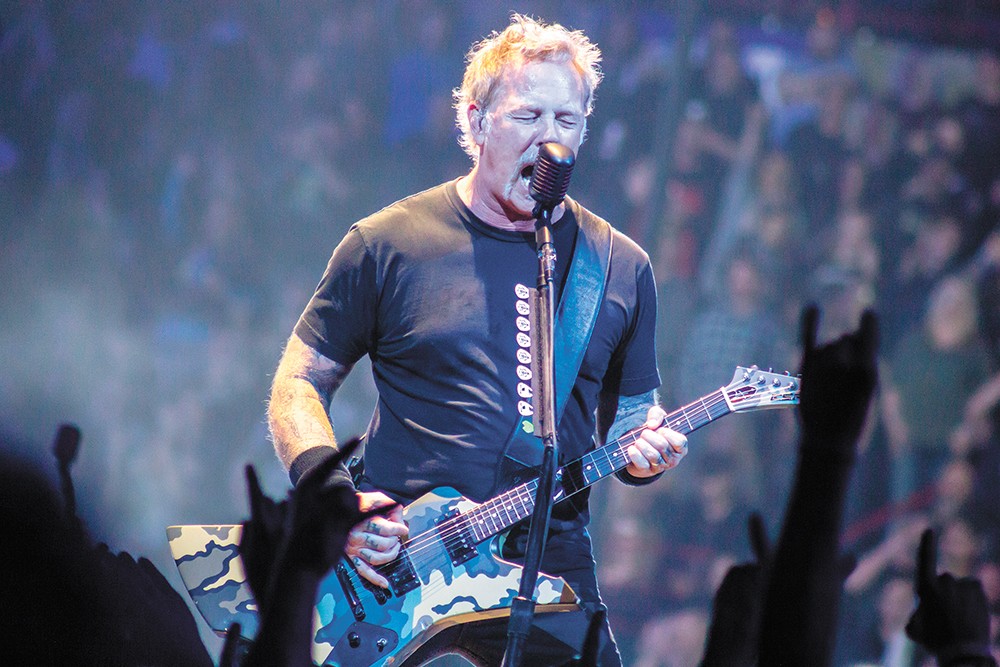 To the surprise of absolutely nobody, North Monroe landmark 4000 Holes continues to dominate this category another year in a row. No small part of the store's continued success is indebted to owner Bob Gallagher's supremely likeable and knowledgeable presence at the store front. Our ears are in good hands. (JORDAN SATTERFIELD)

Marshall McLean has made quite a name for himself in Spokane, but he's also found striking success on a much larger scale. And how couldn't he? His keen ear for folk melody and strong songwriting skills make Spokane proud to say he's our Americana sweetheart. (JS)

Metallica has been a concert force for more than three decades now, and on their WorldWired Tour, they made their December 2018 show at Spokane Arena feel like an intimate gathering for generations of thrashers and headbangers. It was the thrash-metal pioneers' first Spokane show in 14 years, and after stand-up comic/megafan Jim Breuer warmed up the crowd, they dotted the set with classics like "Seek & Destroy," "Master of Puppets" and the show-closing "Enter Sandman." (DAN NAILEN)

The award-winning musical has captured the hearts of fans for more than 20 years with exotic animal costumes and giant puppets that bring the classic Disney tale to life. Fans adore the exhilarating choreography, contagious sing-along music and a timeless story about love, family and redemption, and they packed Spokane's First Interstate Center for the Arts on Jan. 23-Feb. 3. (JORDY BYRD)

The beautiful lake and mountain in a well-designed outdoor venue, plus both stadium and bring-your-own-chair seating and a fabulous musical lineup equates to voters' choice of best music festival for Sandpoint's favorite event, which this year breaks out of its "Best of North Idaho" box to take top honors. (CARRIE SCOZZARO)

We suppose you could stand stoically with your arms crossed at a Super Sparkle show, but why would you want to? And even if that was your intention, you probably wouldn't stay still for long, because the band produces undeniably catchy pop songs with an R&B bent, complete with sax solos, synchronized dancing and a whole lotta glitter. They could probably also take the prize for most high-energy local band, too. (NATHAN WEINBENDER)

BEST BAR JUKEBOX TO EMPTY YOUR POCKETS INTO

Yeah, those electronic jukeboxes are fine and all, but where's the personality? The quality control? I tend to judge a bar on the contents of its curated jukebox, and Baby Bar's is a perfect representation of the tiny, beloved Spokane mainstay. A dollar gets you a whopping four songs, and much in the way you can't have just one greyhound, you have fed all your loose bills into that machine by the end of the night. Trust me — I've spent untold hours in the dark, boozy enclave and I've played the Undertones' "Teenage Kicks" on the jukebox just about every time. Never gets old. (NATHAN WEINBENDER)