Box sets, books and albums for the kid who won't take off the headphones 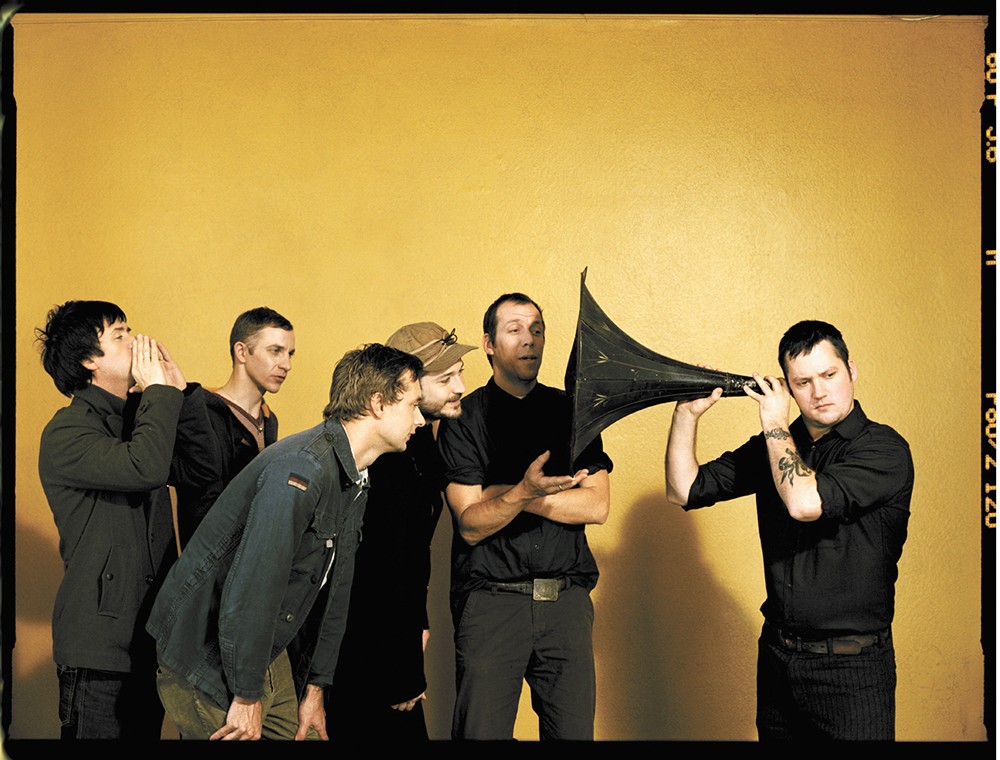 Modest Mouse — through pictures and stories — is featured in a new book.

If there is any way to capture in printed form all the revolutionary ideas, fashion and art that burst forth from the hip-hop scene, it's in this graphic treatment penned by artist Ed Piskor. Visually nodding to the Marvel comics of the era, Piskor tracks the burgeoning music scene bubbling up in the Bronx and Brooklyn apartments of rappers like Grandmaster Flash and Afrika Bambaataa, and in the graffiti done by future stars like Fab Five Freddy. This set holds Piskor's two volumes tracking hip-hop's rise from the projects and train yards to the Manhattan art scene and mainstream America. (DN)

Bruce Springsteen opened 2014 by releasing High Hopes, an experiment that delved into cover songs, reworked old tracks and incorporated the turntable-scratch guitar mayhem of Tom Morello along with his E Street Band. He's ending the year with a gift to both hard-core fans and newbies via a collection of improved versions of his first seven albums, including five being remastered for the first time. The longtimers will rejoice that Nebraska and The River finally sound as great as the previously reworked Born to Run. (DN)

Whether you're old enough to remember when a mixtape was the ideal form of love letter from one music geek to another, or you're a young hipster into collecting new indie releases on cassette, this is the ideal way to greet visitors to your apartment, house or dorm room. You personalize the design by graphic artist Jim Holodak with your name on the tape's title line, or perhaps with a favorite band to warn interlopers what they'll hear inside, and the lifelike look is ready for use, inside or out. Just be sure to remember that, like tattoos, NEVER put your loved one's name on the mixtape (or mixtape mat) — you want to be able to use it when the object of your affection changes. (DN)

No mere fan valentine to the band, this document of Modest Mouse's ascension from small-town indie rockers to mainstream success story comes from a photographer who's been inside the band's camp from the beginning. Pat Graham and Modest Mouse leader Isaac Brock were roommates the year before the band formed, and Brock tapped his friend to document the first Modest Mouse tour in 1997. For the next decade-plus, Graham shot the band as it traveled the world, recorded increasingly ornate albums and grew both in popularity and lineup size. His shots are interspersed with stories from band members and peers like Built to Spill's Doug Martsch and the Shins' James Mercer. (DN)

What local artist Kory Cordier of Seething Designs can create with an inkpot and pen is beyond our comprehension. He produces some of the most exquisite and detailed contemporary art around, each piece taking days to complete. His mostly black-and-white work is often more abstract, but includes portraits of famous musicians like Gene Simmons, Alice Cooper and Phil Anselmo (Pantera). These drawings would complete any rock-obsessed fan's wall. Find out more about Kory at facebook.com/seethingdesigns or see his work at Groove Merchants record shop. (LJ)

This Outkast-themed crewneck sweatshirt takes the cake for any hip-hop lover. Found on Rad.com, the light gray top features a screenprint of Salvador Dali's melting-clocks painting, "The Persistence of Memory," with the "Ms. Jackson" lyrics "Forever? Forever Ever? Forever Ever?" in white block letters. To make you feel old, this year marked 20 years since the release of the duo's first album, Southernplayalisticadillacmuzik. Andre 3000 and Big Boi celebrated with a reunion tour, including an incendiary stop at Sasquatch! Celebrate this Atlanta dream team with this relatively low-priced ($30) swag. (LJ)

As Beyoncé's self-titled masterpiece didn't drop (a surprise release) until the tail end of 2013, many didn't delve into the album and its accompanying music videos until this year. To enhance the experience, Mrs. Carter released the Platinum Edition of the disc last month. The set contains the original CD and DVD along with a new batch of songs ("7/11," "Ring Off") and remixes, as well as a live DVD. Beyoncé doesn't need our help telling people to bow down to her, but with her fifth studio album, this diva has finally crafted something near perfection. (LJ)

IS THAT ALL THERE IS?: THE STRANGE LIFE OF PEGGY LEE BY JAMES GAVIN

Lovers of the music biography will be entranced by this new James Gavin work about the glamorous songstress Peggy Lee (born Norma Egstrom). Her jazzy voice was one the most warm and poignant of her generation, with her renditions of "Fever" and "Is That All There Is?" ranking high on the charts. She co-wrote and performed songs for Disney's Lady and the Tramp, married four times and was even the inspiration for Miss Piggy. All of which gives Gavin (who also wrote a book on Lena Horne) perfect fodder for his biography. (LJ) ♦