A NIGHT AT THE BEACH

OK, there's not exactly sand and sunshine inside the cozy confines of Spokane's Knitting Factory, but the Maryland-bred duo Beach House's music has always belied their sunny name, too. The synth-driven sounds created by singer/keyboardist Victoria Legrand and her keyboardist/guitarist partner Alex Scally can be downright chilly. But their songs, filling albums like 2012's Bloom and last year's double-dose of Depression Cherry and Thank Your Lucky Stars, are insistent and inviting, the very definition of "dream pop." They play the Knitting Factory Aug. 9; visit sp.knittingfactory.com for info.

GET ANTS IN YOUR PANTS

One great thing about taking a roadie to a music festival is you get twice the fun — the joy of hitting the open road (for those of us who love the journey), and the party at the turnaround. The Red Ants Pants Music Festival July 28-31 in White Sulphur Springs, Montana, is a good reason to take the six-hour jaunt to the doorstep of the Lewis & Clark National Forest for camping and a roots-heavy soundtrack, this year highlighted by the likes of the Lone Bellow, the Mavericks, Dar Williams and Hayes Carll, among many more. Go to redantspantsmusicfestival.com for details.

There's something about summertime and classical music that just makes sense. Lounging under a big sky and hearing epic swells of pieces that have stood the test of time is just so soothing, even for those of us who know little to nothing about classical. The annual Mozart on a Summer's Eve shows at Manito Park are one ideal option, whether you splurge on table seating (complete with white tablecloths) or bring a chair or blanket to the lawn. Visit mozartspokane.com for more info and tickets. 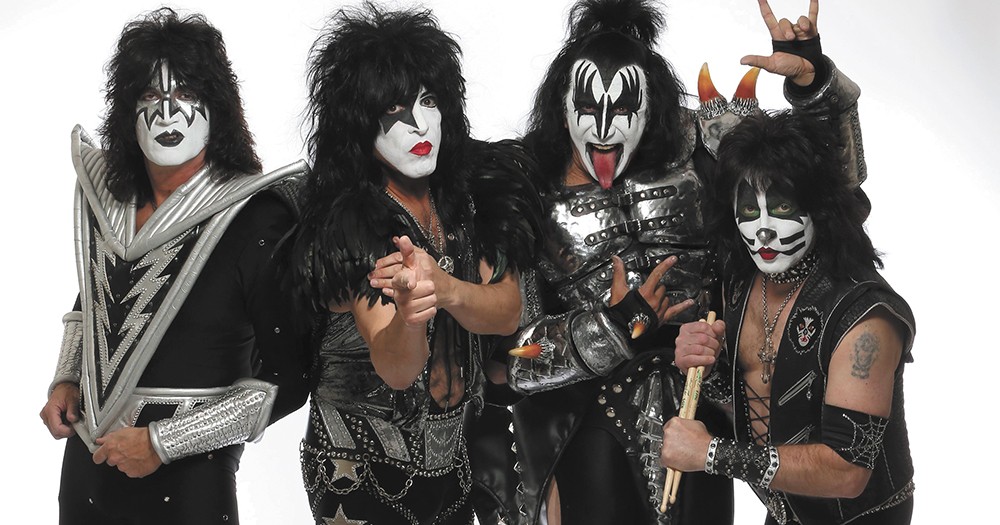 Every decade seems to have its inevitable resurgence in popularity years after it's passed, and musically speaking, it would seem the '80s are alive and well in the Inland Northwest, judging by the touring artists coming our way this summer.

Despite what some nostalgists might think, "the '80s" isn't a genre, and that's ably illustrated by the bands coming our way this summer.

In Duran Duran (Sept. 2) and Culture Club (Aug. 12, with Berlin and the English Beat), both playing at Northern Quest Resort & Casino, you have two of the pioneering MTV bands, both leaders of the so-called Second British Invasion, led by synth-driven, video-friendly acts. But while Culture Club is clearly out working the oldies circuit since they haven't had a legitimate hit since 1983's monster Colour By Numbers (not including Boy George's solo stuff), Duran Duran has continued releasing new music every few years, including last year's solid Paper Gods, to praise from both critics and club DJs.

Pat Benatar was equally vital to the early years of MTV as one of the few female faces filling the screen. She was more of a classic rock act than a flavor of the month, though, and now she tours with her husband, Neil Giraldo, delivering a steady diet of hits like "Shadows of the Night" and "Hit Me With Your Best Shot," and showcasing a still-strong mezzo-soprano voice that made her stand out from the New Wave lightweights in the '80s. She plays Northern Quest Aug. 27.

No one would argue that KISS' best days were the '80s, but taking off the makeup and playing poppy metal as bands like Bon Jovi, Ratt and Motley Crue got huge gave the aging theatrical rockers a much-needed boost after a few years of dwindling popularity and lineup changes. And KISS members aren't dummies; after a successful '80s run slowed down and grunge wiped hair-metal off the radio and MTV, they reverted to their costumes and have pretty much toured that way ever since. KISS plays Spokane Arena July 15, in full regalia.

Grunge, of course, had its roots in the '80s as well, and it's represented this summer in Spokane by the appearance of Chris Cornell, lead singer of Soundgarden. While that band had its biggest impact in the '90s, some would argue that their best music was released the decade before via albums like 1988's Ultramega OK and 1989's Louder Than Love. Cornell, of course, had post-Soundgarden success with Audioslave, but here's hoping he at least plays a few old Soundgarden chestnuts when he plays the Fox Theater July 20.

Dolly Parton is another artist whose commercial heyday might have been the '70s, but the '80s did nothing to slow her down; that was when she expanded beyond country radio to become a movie star with flicks like 9 to 5. The title song went to No. 1 on the pop and country charts simultaneously in 1981, and started a string of hits that didn't let up for years. Parton's current tour, stopping at Northern Quest Sept. 22, is reportedly her last, and she's returned to rootsy country, but I bet you'll still hear some of those '80s pop hits.

And when it comes to '80s pop hits, no one — and I mean no one — can hold a candle to Kenny Loggins. The man was unavoidable during the Reagan years, thanks to his omnipresence on soundtracks ranging from Top Gun to Footloose and the Sylvester Stallone arm-wrestling gem Over The Top (don't see it). You literally couldn't turn on a radio or MTV without seeing Loggins' spindly body and beard (before beards were cool!), and on Sept. 14 you can relive the glory at the Spokane County Interstate Fair. 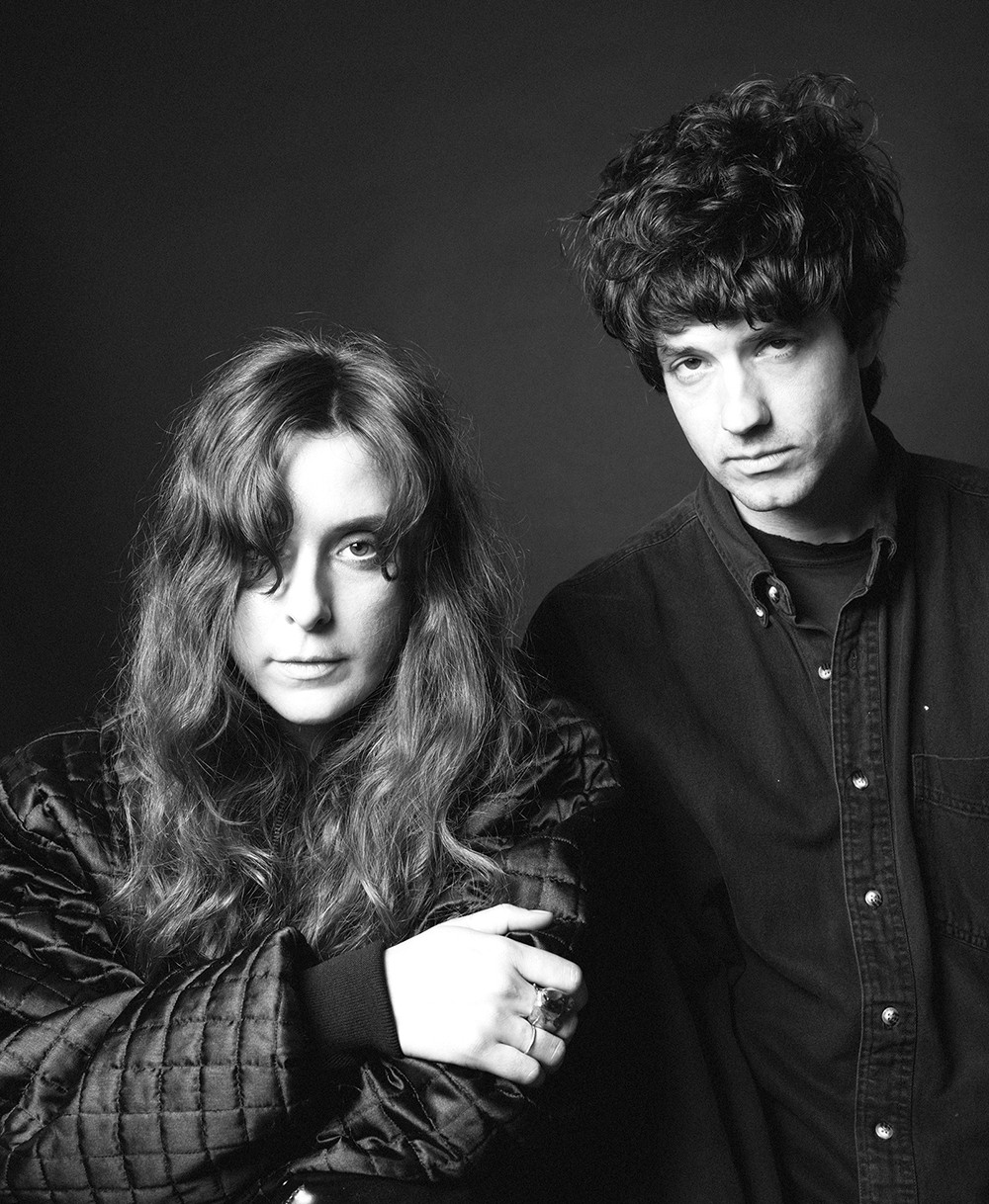 Catch Beach House at the Knit on Aug. 9

BROS YOU ACTUALLY WANT TO HANG WITH

Avett Brothers shows aren't so much concerts as they are religious experiences — people who have never seen the North Carolina band tend to walk away converts after seeing the crew led by brothers Seth and Scott Avett delve into everything from traditional bluegrass hoedowns to full-on punk blowouts. They toy with genres, and any label you throw at them doesn't stick beyond the next song. Joined by rootsy ass-kicker Grace Potter, the Avetts' show at Northern Quest Resort & Casino July 19 marks a bold departure from classic-rock and country for the resort, and potentially the best outdoor show of the summer in the Inland Northwest. Visit northernquest.com for a full summer lineup.

HANGING WITH THE RIFF RAFF

Alynda Lee Segarra is Puerto Rican and grew up in the Bronx, where she grew up loving doo-wop and Motown tunes. As a teenager, though, she roamed far and wide and eventually landed in New Orleans, a musical melting pot whose flavors spice up the songs on her brilliant 2014 album Small Town Heroes, a folk-rock collection led by Segarra's immediately memorable voice and delivered under the name Hurray for the Riff Raff. You can catch Segarra and her Riff Raff band Aug. 1 at the Bartlett; visit thebartlettspokane.com for info and tickets.

Every year, the Festival at Sandpoint brings a diverse slate of music to the little North Idaho lakefront town, and while there's always something to satisfy most music tastes, the laid-back atmosphere and picnic policy (ie., you can bring your own food and adult beverages) makes every show worthwhile, even if you've never heard of the headliner. This year between Aug. 4 and 14, they include country legend Emmylou Harris, the always-strong Ben Harper & the Innocent Criminals, the grand finale show with the Spokane Symphony doing a summer-themed program, and more. Visit festivalatsandpoint.com for a full lineup and tickets. 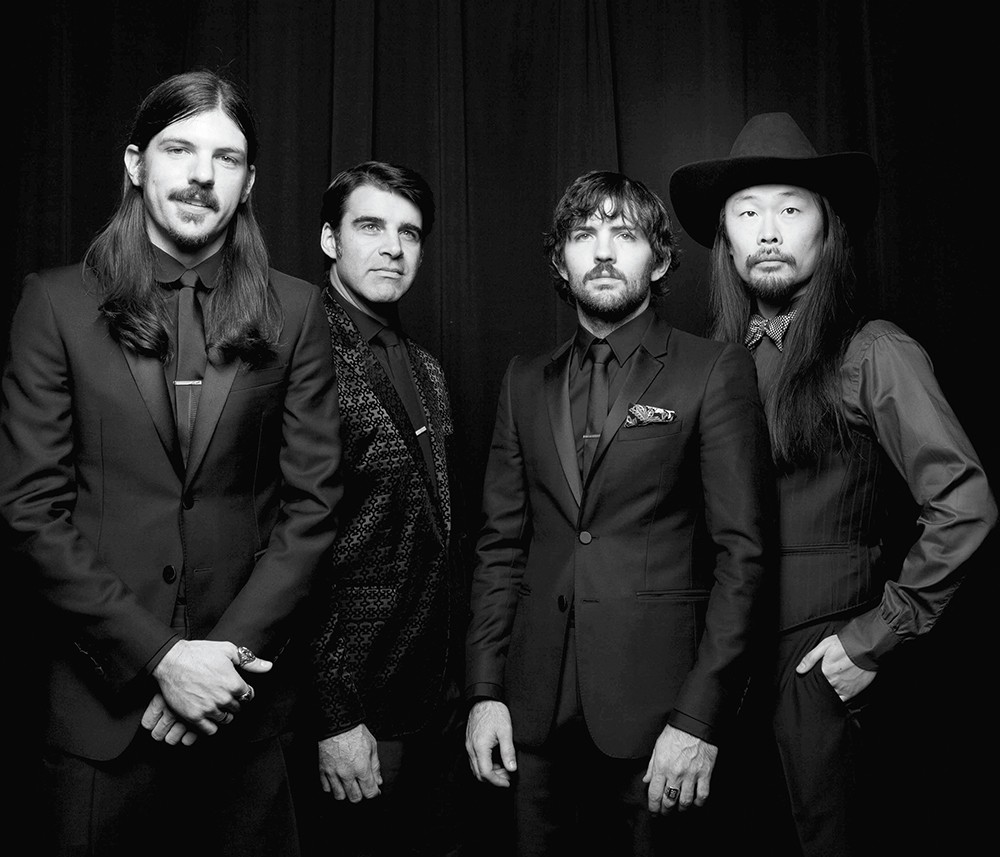 A few years ago at the South by Southwest music conference, I checked out Baltimore-based duo Wye Oak on a friend's recommendation, and I ended up seeing them five more times over the course of a week, so enamored was I with the sonic interplay between guitarist/singer Jenn Wasner and drummer/keyboardist Andy Stack. Their powerful tunes touch on everything from folk to noise-rock to psychedelia, and they are truly not to be missed. They play the Bartlett on July 11; visit thebartlettspokane.com for more info and tickets.

ROLLING AT THE RIVE

Dave Alvin is a rock 'n' roll pioneer and historian. As guitarist and songwriter, he's turned his prodigious skills into a career delving into rockabilly, folk, blues and country in addition to the old-school rock where he started. This summer, he's leading Roots on the Rails, an Americana tour via railroad, that includes friends like the songwriter Eliza Gilkyson, steel-guitar master Cindy Cashdollar and more. The train stops in Spokane Aug. 23 for a show at Chateau Rive in the bottom of the Flour Mill building. Visit bozzimedia.com/chateau-rive for tickets and a full lineup of shows. ♦