Books, DVDs and box sets for the music fans in your family

Certain photographs are nearly as vital to the image of rock artists as the music they make; it was true for Elvis and the Beatles and only became more so with the advent of music videos. And some images are seared in the brains of music fans after repeatedly seeing them in magazines, online and on TV. That's what makes this book such a treat. The Smithsonian put out a call a couple of years ago for music fans to submit their own photographs of legendary musicians, onstage and off, and the result is this book, featuring rare photos spanning 142 artists and more than six decades of music history. Writer Bill Bentley adds vivid bios of the artists, but it's the killer pics of Prince, Bruce Springsteen, Jack White, Aretha Franklin and Fleetwood Mac that will keep you flipping open this coffee-table tome. (DAN NAILEN) 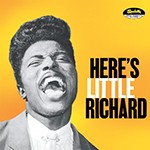 Most of the music nerds I know enjoy discovering "new" old things as much as uncovering some hot brand-new tunes, and while Little Richard is far too famous to be "discovered" by most people, this deluxe reissue of his 60-year-old debut album remains an ear-opening experience. Album-opener "Tutti Frutti" put Little Richard on the map when the single came out, and here it's the launching point to a collection of songs that helped define rock 'n' roll — "Long Tall Sally," "She's Got It," "Ready Teddy" — and forced Americans to come to terms with some antiquated ideas about race and sexuality in the process. The first disc is a remaster of the original, and second includes a slew of alternate takes from when Little Richard recorded it in New Orleans with a crew of the Big Easy's best musicians. (DN)

WHO IS LYDIA LOVELESS? DVD

Director Gorman Bechard has made some winning music docs focused on older acts like the Replacements, Archers of Loaf and Grant Hart, but in this one he reveals one of American music's great young talents as she and her band work on creating her excellent 2016 album, Real. At face value, it's a great introduction to a thoughtful indie/alt-country artist's music, but Who Is Lydia Loveless? also delves into huge issues facing the music business, from piracy to sexism to mere survival as a working artist. No Depression magazine raved about the flick, saying Loveless's "engaging and reflective thoughtfulness are juxtaposed with a natural ability to throw out hilarious one-liners." Not a bad present for your twang-loving friends. (DN)

There's a "deluxe" version of this remastered 1986 metal classic that includes a book, three vinyl LPs, a cassette, two DVDs of live shows and 10 CDs including the remastered album, interviews, live shows and outtakes. That's way more Metallica than anyone but the guys' families need. For the rest of us, check out the three-CD (or digital, of course) reissue that delivers an excellent-sounding replacement to your old discs, and you can hear new details in some of the intricacies of "Welcome Home (Sanitarium)," "Battery" and the like. A disc of rough versions of the songs is good, but even better is Disc 3, a collection of live performances from the Master of Puppets tour, including some of original bassist Cliff Burton's last before his death in fall of 1986, and some of the first of his replacement Jason Newsted a couple of months later. (DN)

COVER ME: THE STORIES BEHIND THE GREATEST COVER SONGS OF ALL TIME

The cover song is a tricky thing for an artist. Do the song well, and you can make the song your own, but you also risk being best known to the listening public for performing someone else's tune. In 2007, Ray Padgett started the "Cover Me" blog to explore the good, bad and ugly of cover songs, and this book is based on the blog, but no mere collection of posts. Rather, Padgett uses stories about, say, Elvis's take on Big Mama Thornton's "Hound Dog," the Talking Heads doing Al Green's "Take Me To The River" or Johnny Cash doing Nine Inch Nails' "Hurt" as a means of exploring the history of cover songs and how they've evolved through pop-music history. Great photos, strong analysis and original interviews combine to make this a fun read for all levels of music geek. (DN) 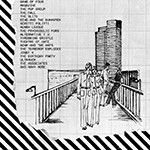 A fat box set always makes for a great gift, especially one that might introduce the music lover in your life to something new. Or, in this case, to something old but still great. To The Outside of Everything captures the scene in England after punk has arrived and young musicians realized there were no rules anymore for how they approached their sound. Their imaginations ran wild to thrilling effect as evidenced in this killer collection. New sounds and approaches dot this five-disc collection that includes the likes of Joy Division, Gang of Four, the Slits, Human League, Echo and the Bunnymen and many more lesser-knowns who created some amazing music in the last years before MTV. (DN)

Released at the height of R.E.M.'s mainstream popularity, 1992's Automatic for the People was a glossy pop record plagued by themes of depression and death, an emotionally fraught and experimental album that nonetheless became an alt-rock smash. From the ominous opener "Drive" to the hauntingly beautiful closing elegy "Find the River" — and with classics like "Everybody Hurts" and "Man on the Moon" in between — it pushed the band further from their post-punk roots and remains one of their most consistently brilliant records. This 25th anniversary reissue of Automatic, the first music release to be mastered in Dolby's Atmos format, also includes a recording of a '92 live performance, a disc of demos and a BluRay of music videos and archival photos. (NATHAN WEINBENDER)

There's ridiculously elaborate album packaging, and then there's Squeeze Box, a career retrospective of "Weird Al" Yankovic that comes stored in a replica of the beloved parody artist's signature accordion. Clear some space on your shelf for this one. The set includes CD or vinyl copies of Yankovic's 14 studio albums, from his 1983 self-titled debut to 2014's Billboard-topping Mandatory Fun, as well as a new collection of rarities hand-picked by Yankovic himself and an accompanying book of rare archival photos. Anyone who's only familiar with Al's Top 40 spoofs might marvel at his equally brilliant (and even weirder) original compositions; brush up on those deep cuts before he brings them to the Fox Theater in May. (NW)

The Kinks could rock just as hard as the Rolling Stones, and their pastoral snapshots of middle-class English life were as evocative as anything produced during the Beatles' Sgt. Pepper phase, and yet they're still unfairly eclipsed by their more famous contemporaries of the British Invasion. This new vinyl collection, including the band's first eight studio albums and a reissue of a rare two-LP singles compilation, should make any '60s music fan swoon, especially since the Kinks' early work is sadly underrepresented in most used record stores. Revisiting these early releases, you can already hear a band unafraid to try just about anything, and it's remarkable how fresh and vital late-'60s pop masterpieces like The Village Green Preservation Society and Arthur (or the Decline and Fall of the British Empire) still sound. (NW)

Anything from art-film distribution company the Criterion Collection is bound to make a stellar gift, and their new repackaging of documentarian D.A. Pennebaker's 1968 concert film Monterey Pop is no exception. The titular music festival, unfolding over three days in the summer of '67, served as one of the first major platforms for several now-iconic performers — Jimi Hendrix and Janis Joplin among them — and also boasted legendary sets from the likes of Otis Redding and the Who. Pennebaker's original film crams so many memorable moments into its 78-minute run time, but this new BluRay set includes even more: There are two additional hours of remastered performance footage from a murderer's row of great artists, including Simon and Garfunkel, the Mamas and the Papas, Laura Nyro, the Grateful Dead and the Byrds. (NW)

The world has been a dimmer, less funky place since guitar god Prince shuffled off this mortal coil, and countless tributes have been paid following his unexpected death in early 2016. But this photo book covering Prince's ever-evolving style seems even more heartfelt than the rest: It features the work of Steve Parke, the Purple One's longtime art director and personal photographer, who also designed the covers for such Prince albums as Graffiti Bridge and Emancipation. Many of the photos that are contained within its covers are either extremely rare or are being published for the first time, and they offer a glimpse into the personal life of one of rock's most dazzling enigmas. (NW) ♦