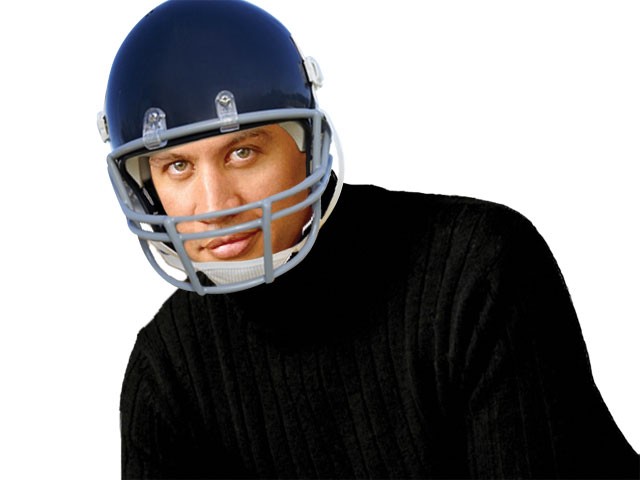 Photo Illustration by: Shelbi Viers
After the pre-game chalk talk, he expects his players to execute.

In the NFL, quarterbacks are stressed before every snap — analyzing defenses, redeploying receivers, changing formations. And that’s before the play even begins. Once all those large bodies start hurtling around, the QB has even more “reads” to make.

In the concert hall, tuxedo-wearing conductors don’t have 300-pound linemen trying to crush them — but they still have to make plenty of split-second adjustments involving tempo, entrances, balance and acoustics.

What goes through conductors’ minds in mid-performance? Daniel Hege — music director in both Syracuse and Wichita, and the guest conductor for the Spokane Symphony Orchestra concerts this weekend — has volunteered to share some of the process.

Take the opening of Finnish composer Jean Sibelius’ Third Symphony. Hege may think of himself more like a head coach, since most of the work gets done in practice (rehearsal). But he’s still in the game (concert), standing before 61 musicians and making decisions that affect all of them. “Unanimity of tempo is a must,” he says, right from the opening downbeat.

The basses begin — stuttering, throbbing. (Are the sound-absorbing bodies of a thousand concertgoers changing the Fox’s resonance? Then the musicians’ notes “will need to be shorter to create a clear texture,” Hege says.) The strings dive in; the woodwinds dance a little tune. Violins swirl higher, and … did the winds re-enter a bit late? But now the violins have increased the tempo, layering in underneath the horns. (In rehearsal, Hege has made sure to go over the need for balance here.) Soon the horns, joined by the timpani, burst into a fanfare, soaring above the entire orchestra.

And all that’s just in the first 80 seconds of a half-hour symphony.

Or imagine the Spokane Musicians lining up for another of their favorite plays, “Fingal’s Cave” — Felix Mendelssohn’s evocation of waves crashing against rocky Scottish islands. A couple of minutes before the end of this overture, dual clarinets slow to a languid crawl, with the strings diminishing almost to nothingness. (Now, watch the tempo shift coming up, Hege thinks — it should match that agitated section toward the beginning.) Violins quicken and oboes start cavorting; within two bars, the pace has doubled and a storm begins brewing. (Watch the dynamics here. Did someone come in off-beat again? At that point, as Hege diplomatically writes in an e-mail, “I direct my attention to the place where things are less stable in an effort to engage with them so they are sensing the ensemble.”) All kinds of things can go wrong, Hege admits, “from changes in acoustics, to not being able to hear a soloist well, someone having a memory slip, or a wrong entrance.” At those points, the musicians will just have to react by instinct.

But sometimes adjustments are all for the better. Like receivers adjusting their routes after a quarterback has scrambled away from pressure, sometimes musicians elevate their performance by improvising. As Hege says, “A solo player within the orchestra may nuance a solo in the most exceptional way the musicians have ever heard, thereby changing the tempo slightly or shading the color and dynamic, so that everyone else simply follows whatever their colleague just demonstrated musically. No one had to think about anything — they just did it, because that’s what musicians do.”

Quarterbacks outwit safeties; conductors think ahead of soloists. It’s just what they do. And they do it on the fly.