How Pickwick lost its sound and found a soul. 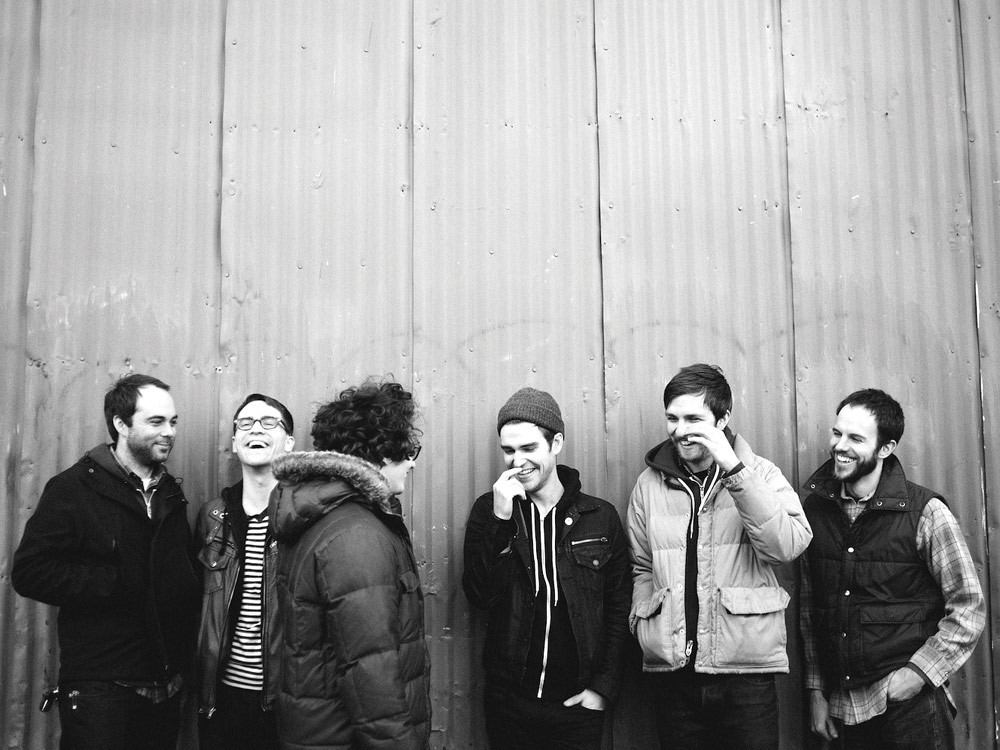 Pickwick: being happy being themselves, once and for all.

There once was a band from Seattle called Pickwick. They peddled decent but indistinctive indie folk (as it seems most Seattle bands these days are apt to do). The band occasionally ventured across the landmass known as Washington state and was almost immediately embraced by the villagers of Spokane, specifically the sect that holed away in former coffeehouse and music haven the Empyrean.

Well, that band is nearly dead. Today, Pickwick is still intact. In fact, the band is thriving — these days as a soul act. See, while the band found love in this neck of the woods, there was a more important group that wasn’t in love with those old indie folk tunes: the members of Pickwick.

Roughly a year and a half ago, the band had an existential crisis and was on the verge of giving up. Rather than simply throwing in the towel, the guys climbed into a cocoon of self-reflection in hopes of emerging as a new creature.

“We felt it was pretty derivative of the bands we were listening to at the time: Wilco was a big influence at the time, the first Fleet Foxes record came out, Grizzly Bear put out a record — bands like that,” he says. “We didn’t really hear ourselves in it all that much, or anything that was really all that unique to ourselves.”

The band began implementing drastic changes, which transformed their reserved indie-folk sound into something with a little more soul. Parker says one of their most important decisions was to let singer Galen Disston be himself.

“Galen has this really big voice, but he wasn’t using it in the music we were playing at the time. A lot of it was kind of introspective, hushed folk songs,” Parker says. “So that was one of the first things we did, we just kind of freed him up and let him do whatever he wanted to, vocally.

“Garrett — my brother and the bass player — we kind of did the same thing with him. We started writing songs around him and started using the bass as an upfront and primary instrument, as opposed to an auxiliary instrument,” he says. “And Cassady, our keyboard player, got an old Wurlitzer electric piano, and that immediately changed the sound of the band as well. And for me, on guitar, I turned the reverb up.”

Pickwick also picked up Kory Kruckenberg, who’d previously played the vibraphone in the band, as a guitarist.

“It kinda grew from there. And we’ve been really happy with how things have progressed, it’s a lot more organic right now — the way we write songs — it’s not as calculated, it just kind of happens in a way that’s fun,” Parker says.

Pickwick’s complete sonic transformation has not only pleased the band members, it’s also led to an avalanche of excitement for the band in Seattle. Just about every publication in town has called them a band to watch in 2012, from The Seattle Times to The Stranger. In mid-February, the band played a sold-out show at the 1,000-seat Neptune Theatre.

All this for a band that’s only released six original songs over three 7-inch records. Pickwick is still in the process of finishing their first proper LP, which they hope to put out by the end of 2012.

In the meantime, the band continues to hit the road to further build their buzz. And as they do, crowds are grooving along with the band’s new sound. Gone are the days when Pickwick fans stood still at their shows as the band quietly trilled onstage.