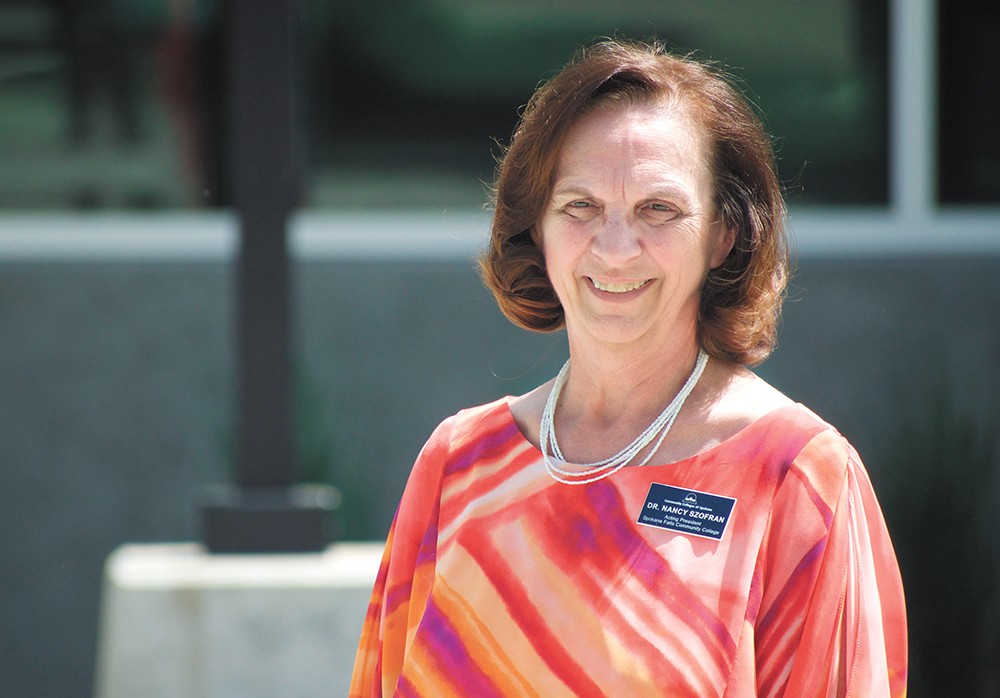 Wilson Criscione photo
Nancy Fair-Szofran will serve as SFCC president for one year as the college searches for a permanent replacement.

This isn't how Nancy Fair-Szofran wanted to become the next Spokane Falls Community College president.

In 2012, she was a finalist for the job, eager to lead the college in a time when enrollment was strong and things were looking up.

But the job was given to Janet Gullickson, with Fair-Szofran instead landing a role as provost of Community Colleges of Spokane, the governing district in charge of SFCC.

Today, the presidency has fallen to Fair-Szofran on accident. She's taking over after a major sex scandal forced out former acting President Darren Pitcher, who Gullickson recommended for the job last year upon her departure. And in contrast to six years ago, enrollment is dropping, money is tight and a disastrous and costly rollout of a new software system has put a strain on the college.

"In 2012 I would have come in really excited and saying I'm going to change the world and build on all the really good stuff that was happening," Fair-Szofran tells the Inlander. "When a president takes over after a scandal or a challenging event at a college, you don't come in with that kind of energy and enthusiasm."

At 72, Fair-Szofran no longer has ambition to become the permanent SFCC president. She feels the next president should be able to commit to the college long term. She's happy to fill in for the next year, while the college searches for a new permanent leader.

But Fair-Szofran's leadership over the next year in an interim capacity will prove crucial as she tries to repair the damage caused by previous leaders.

Faculty has lost trust in the president's office, says CCS faculty President Carla Naccarato-Sinclair. It wasn't just the allegations that Pitcher had, for years, sexually harassed and engaged in inappropriate sexual relationships with subordinates. Naccarato-Sinclair says Gullickson, too, broke their trust. She says they question what part Gullickson played in Pitcher's actions, and why she recommended Pitcher after years of rumors of his behavior.

It's why Fair-Szofran knows she needs to restore integrity to the office of the president at SFCC.

"Every day I have to prove this office is worthy," she says. "And I understand that. I know that's what the job is. And that's why I'm here."

As recently as a few months ago, Fair-Szofran felt content to stay in her role as provost.

But then, Pitcher abruptly resigned as president. News reports detailed the allegations: how one woman accused him of groping, sexual harassment, exposing himself and coercing her into sex; and how, as far back as 2015, rumors of affairs with subordinates reached Gullickson.

Fair-Szofran remembers Community Colleges of Spokane Chancellor Christine Johnson asking for her to step in as president.

"The CCS chancellor [Christine Johnson] said, 'I need you. Can you step in and do this?'" Fair-Szofran tells the Inlander. "I said, "absolutely.'"

"We were still reeling from all that had happened with the former acting president," she says.

That leaves Fair-Szofran in charge for one more year.

She was working at Mt. Hood Community College when the president's job at SFCC opened up in 2012. She happily accepted a role as the CCS provost and chief learning officer when Gullickson was chosen, and until earlier this year she stayed in that role.

This, she says, is an entirely different challenge. She refrains from discussing how the college will prevent sexual harassment in the future, saying those changes would be made at the college district level. But the culture needs to change, she says.

"I have told the college very clearly I am sorry this happened and with everything that is within my power, it is not going to happen again," she says. "If there is a problem, we will address it, not keep it a secret. I will believe you, as will everybody else at this college." 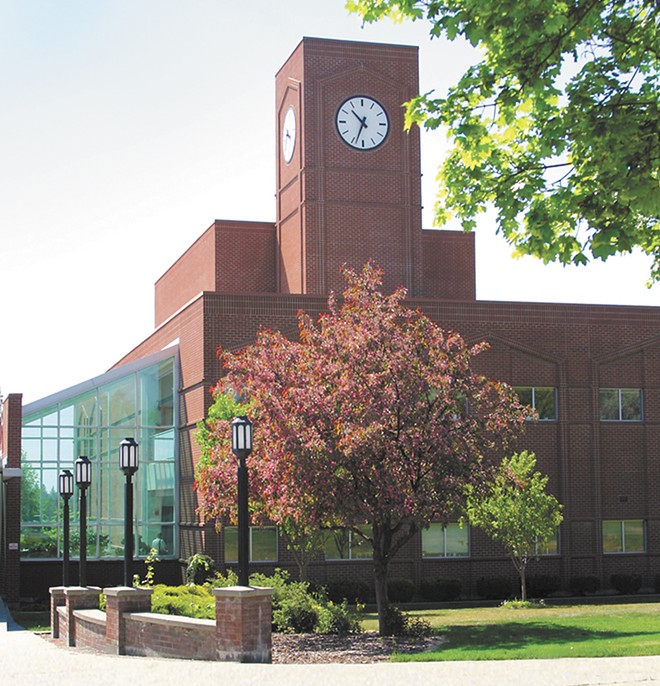 Beyond the scandal, there are other massive challenges facing the college.

A lack of state funding has put CCS in a budget crisis, which still plagues SFCC and Spokane Community College. The implementation of a new software system has proved costly, with glitches worsening the budgetary challenges and forcing manual workarounds on payroll, student finances and student class scheduling. And student enrollment — crucial for a college struggling with finances — dipped again this school year by 1.9 percent, Fair-Szofran says.

There's only so much that Fair-Szofran can control with those issues. She says, confidently, that nobody at SFCC should be worried about job cuts. She anticipates a flat budget, while still "tightening our belts." In response to complaints from faculty and staff feeling left out of budget decisions, she plans on creating a resource allocation committee with representatives from all over the college to help make decisions about where SFCC puts its money.

To boost enrollment numbers, she sees an opportunity to promote summer courses. The college is starting a new cybersecurity academy in the summer. And she plans on recruiting students coming home from a four-year university who may want to take courses over the summer.

"I think we can have a really robust summer. That's one of our strategies," she says.

"I don't think Nancy is going to come in and make severe changes, and that's good," she says. "She has always been a good listener, and I think she cares about the students and cares about the faculty."

That's how Fair-Szofran plans to change the culture and restore trust at SFCC. She wants everyone at the college to know she's there to listen — to complaints, suggestions or requests. And if she says she'll do something, she promises to deliver.

"I need to restore trust in the office of the president so that when we get a permanent president the attitude has begun to change," she says. "How much can I do in a year? I don't know. I just know that 365 days later, I will have done everything I can to get to that change." ♦