Nature in the City

Five places in Spokane where you'll feel like you're a thousand miles from Spokane. 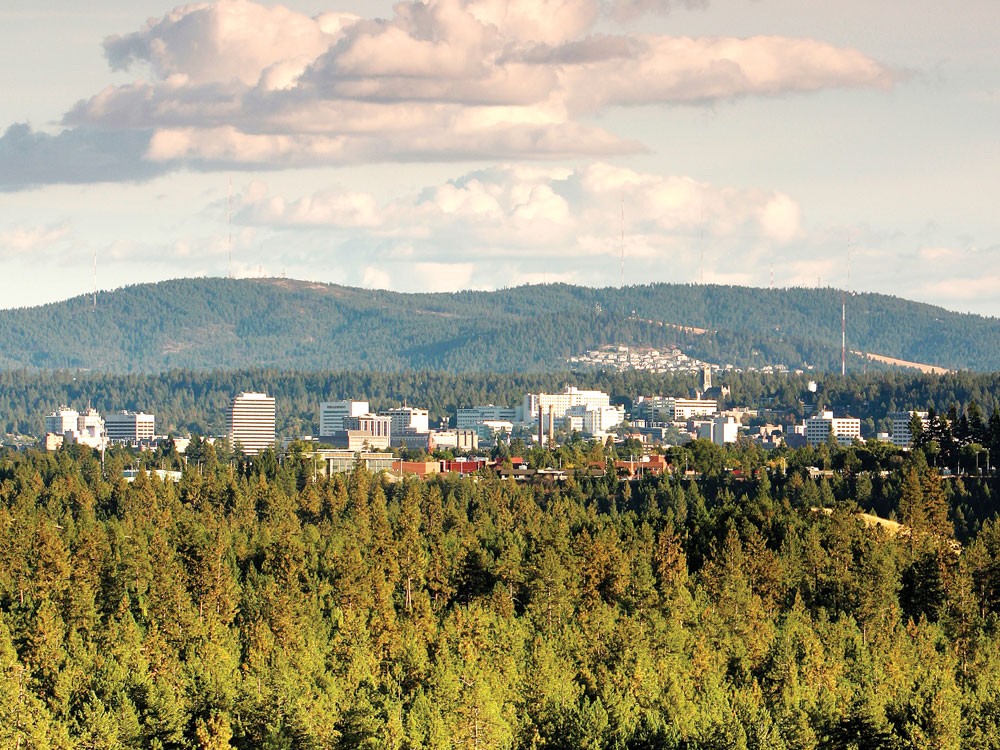 It’s hard to celebrate Earth Day on a patch of concrete. You need a bit of dirt underfoot and the smell of pine needles in your nose. But to get out in nature, it usually takes an extended ride in an exhaust-belching car.

Which feels a little strange. So here’s a guide for spots in or pretty darn near Spokane where you can get away from it all.

THE PALISADES
Just west of Spokane, a line of steep cliffs offers one of the best views of the city’s skyline.

This vista is probably the most well-known feature of Palisades Park, a 400-acre refuge for hikers, cyclists and equestrians. The land, which adjoins Indian Canyon, was purchased by the city 100 years ago, when voters passed the “Million Dollar Park Bond,” financing the Olmsted brothers’ grand vision for a citywide park system.

Hiking along the old, graveled Rimrock Parkway, which cuts through the heart of the park, you’ll find a network of trails, vertiginous drop-offs and very few people.

CAMP SEKANI
This old Boy Scout camp, the name of which comes from the tribal “dwellers of rocks,” is currently the spiritual home for the city’s mountain bikers. Trails ranked from beginner to advanced are spread around this sprawling, 238-acre city-owned park, which has been officially adopted by the Fat Tire Trail Riders Club. The group builds and maintains the park’s many miles of trails.

But that doesn’t mean other “rock dwellers” aren’t welcome. The twisting trails are perfect for day hikes. Just be aware of bikes. They come fast and have a harder time getting out of the way than you and your waffle-stompers.

INDIAN PAINTED ROCKS
Many Spokanites have headed north on Indian Trail Road to view the rock paintings (allegedly done by Native Americans back in the day) and to enjoy the leisurely one-mile stroll along the banks of the Little Spokane River.

And for good reason. This placid stretch does make you feel like you’ve just stepped out of a time machine. But to get even further out, extend the one-miler to a seven-miler by completing the loop that circles north around Lookout Mountain.

Views of Long Lake, piles of moose droppings and a hike out through a very pleasant valley are worth the sore legs.

THE BLUFFS
This western edge of the South Hill is striped with a system of trails frequented by the neighborhood’s workweary residents. The northern edge of the trails offers the most spectacular views but you definitely know you’re not in nature here, considering the train and highway ambience. But as you make your way south, views give way to forested protection and soon you’ll forget you’re just minutes from the bustle of downtown.

ACROSS THE RIVER FROM PEACEFUL VALLEY
Tough this is not really a park, and it’s not even that big, its sheer proximity to downtown merits a mention. Below Kendall Yards, off of West Falls Avenue, there’s a little trail that skirts along the Spokane River. When the river runs lower, the trail connects People’s Park to Riverfront Park. Garlic grows wild and, naturally, there are marmots.