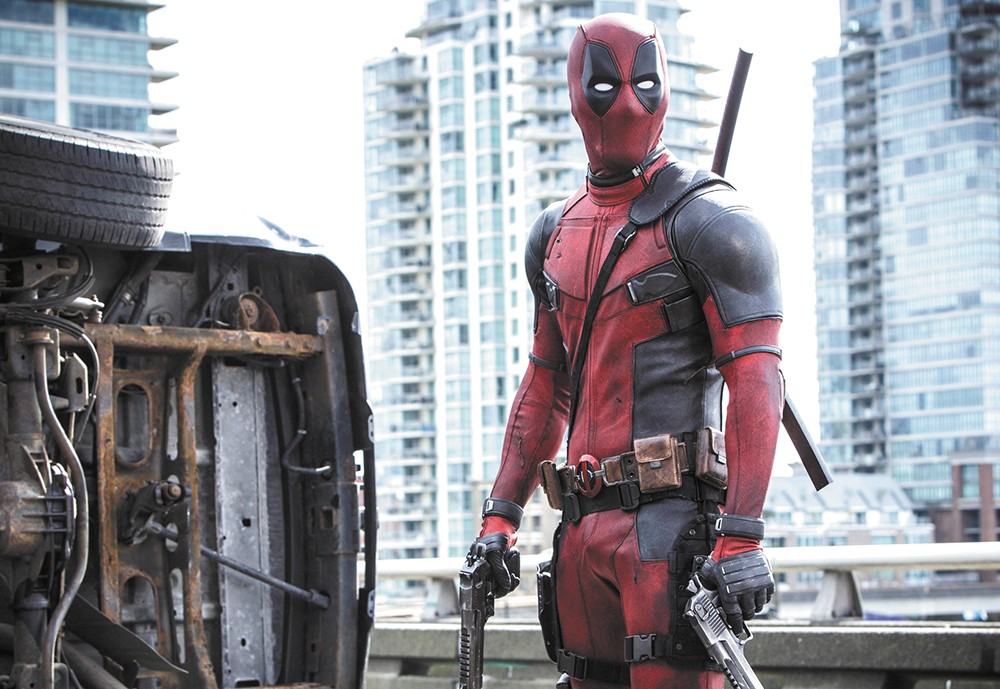 for Deadpool to announce its intentions to be a somewhat different kind of comic-book movie. As Juice Newton's "Angel of the Morning" plays, and director Tim Miller circles his camera around a tableau of violence taking place inside the cab of an SUV, the on-screen credits introduce not actual names, but familiar types for this genre: "A British Villain"; "A Hot Chick"; "A Gratuitous Cameo." Yep, contemporary Hollywood cinema may be overflowing with costumed superheroes, but let there be no mistaking: This one's gonna be heading in a unique direction. This one's got attitude.

If only it weren't quite so self-satisfied with that attitude. And not entirely justified in it.

Anyone familiar with the Marvel Comics antihero will be quick to assure you that this movie's recipe of violence, fourth-wall-breaking and subversion of comic-book tropes are all true to the character's history on the page. That certainly makes Deadpool a break from the norm when it comes to the safely PG-13 entries of the Marvel Cinematic Universe and its offshoots for other studios. But as funky as the movie often is, it's neither as groundbreaking as it seems convinced it is, nor as clever. It feels like the kind of "edgy" that happens when a 20-year-old would-be stand-up comedian jumps on stage and starts dropping dick jokes, as though he was the first guy brave enough to do it.

It's certainly familiar in the sense that it's a superhero origin story, although the timeline splits that framework with a revenge-driven narrative. In the present day, we find the red-clad assassin Deadpool (Ryan Reynolds) seeking out a man named Francis (Ed Skrein) for his role he played in ruining his life. The specifics come in flashbacks to two years earlier, where we learn that Deadpool was once a mercenary named Wade Wilson, who describes his job description as "a bad guy who gets paid to f--- up worse guys." He also falls in love with a woman named Vanessa (Morena Baccarin), but their happiness is thwarted when Wade is diagnosed with terminal cancer, and subsequently submits to a mutating process that may save his life, but will turn him into the nigh-immortal (and badly deformed) killing machine we saw at the outset.

Much of Deadpool is built around the sardonic rat-a-tat patter of Reynolds — revisiting the Wade Wilson character he originated in a very different form in X-Men Origins: Wolverine — and he's good enough at it to keep the movie hopping. The gags are sporadically amusing, mostly on a "would definitely make Beavis and Butt-head laugh" level, but also venturing into silly bits at the expense of the X-Men universe of which this is a part, including commentary on the two different screen incarnations of Professor Charles Xavier. When the script by Rhett Reese and Paul Wernick (Zombieland) aims for true weirdness — like the slow-speed threat of being killed by a Zamboni — Deadpool feels like a breath of fresh air.

It is, however, a somewhat limited form of freshness. Like The Mask, it's built around a motor-mouthed not-quite-hero who turns reality into a Tex Avery cartoon; like last year's graphic-novel-based Kingsman: The Secret Service, it cracks its knuckles and dives into exploiting its R rating for all the blood-spattered action it can churn out. There's more evolution than revolution in Deadpool's attempts to snicker at the things those other comic-book movies do — and when the movie trots out not one, but two different jokes based on Reynolds' previous costumed incarnation, Green Lantern, it starts to feel that the movie is less about skewering fan-service-y blockbusters than providing a slightly different kind of fan service.

In fact, the irony of Deadpool is that it might actually be better at being a 21st-century comic-book movie than it is at making fun of them. The action sequences — many of them involving X-Men's armor-skinned Colossus — are thrillingly choreographed, and include a terrific joke about fighting females, um, coming out of their clothes. Even the obligatory origin story feels more inventive as a result of the back-and-forth timeline of the narrative. Deadpool isn't half bad when it's just going balls-out for genre pleasures; it's a bit more irritating when it gets cocky about the fact that it's willing to say "balls."♦

Deadpool is not showing in any theaters in the area.