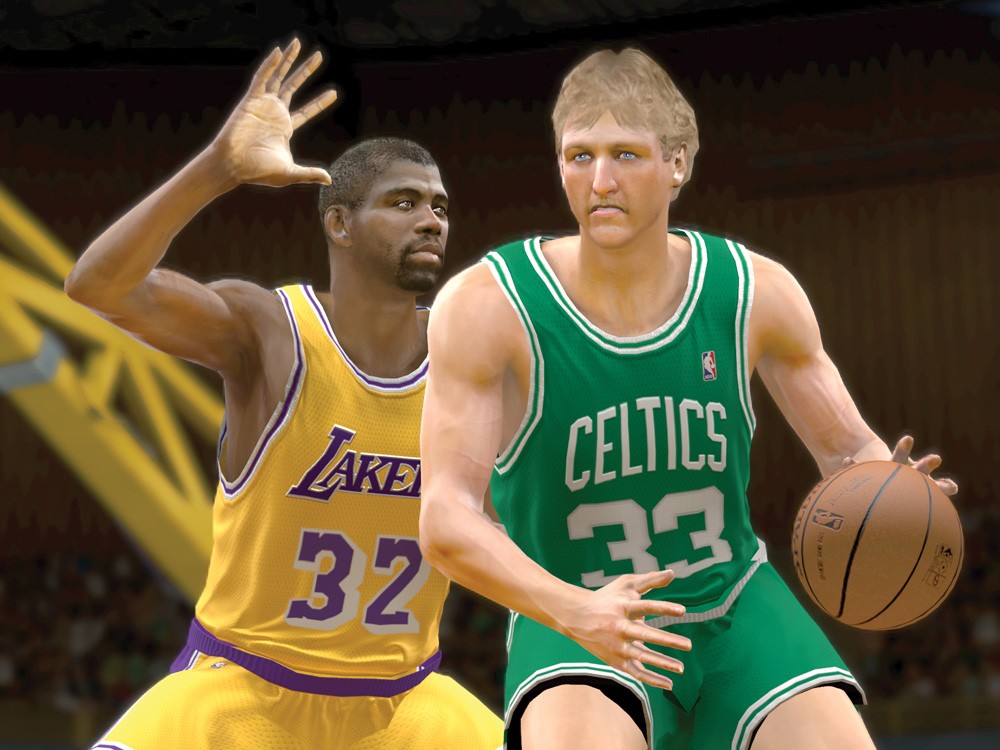 Who cares if this year’s players settle their contract when you can watch new games from the greats?

As I’m writing this, there is a very real chance that there won’t be an NBA season in 2012. The dispute between the players and the team owners has already postponed the pre-season. Unless someone capitulates, there might not be an official season at all. So much for real life.

Videogames, on the other hand, are chugging right along. Without an official NBA roster for 2012, 2K sports has drafted all the players from 2011, along with plenty of old and retired players. They return via 2K12’s “NBA’s Greatest” mode. And really, who wouldn’t rather have a legend than a rookie, anyway?

The lack of new faces puts the emphasis on the gameplay. In a game like basketball, which is based on reflex and reaction, it’s important that the controls allow a twitch of my thumbs to immediately register with the onscreen player. But because the player is a virtual human being with a virtual body, he can’t just switch directions. He needs to reverse his momentum and swing his limbs. His digital reflexes must be tempered by believable physics. In this crucial combination of electron-fast response and realistic follow-through, NBA 2K12 is completely lifelike. My players respond as though they share my thoughts.

But the players who aren’t under my control occasionally break that illusion of virtual reality. Like alien opponents in a shooter, who will often run around an obstacle mindlessly trying to find the optimum distance from which to fire a shot, the players in 2K12 often move themselves into position with mechanical predictability. They lock themselves into static formations near the basket, players unmoving, waiting for me to move and upset the dynamic and tell the computer how to play.

At other times, the computer-controlled players in NBA 2K12 have the all-knowing prescience of beings who were working for the programmer. They often know what I’m doing on the other side of the court, or somehow see what is happening behind them. Every good player in real life has a certain instinct for the game. But the artificial intelligence in NBA 2K12 is too often uncanny. I can hold my own against mechanical offense. But I’m powerless against psychic defense.

THE GOOD: Winning a pro-sports game requires knowing many of the subtle and sophisticated moves that professional players use. NBA 2K12 has incorporated many of those techniques — step-backs and back-downs, for example — and designed an excellent training mode to teach players how to use them. If more sports videogames would take 2K12’s cue and introduce casual players to the intricacies of the game, it would make for a more enjoyable playing experience, and make watching the real games even more interesting.

THE BAD: Shooting the ball in NBA 2K12 can be accomplished by both pushing a button and manipulating the right thumbstick. The difference between the two is immense — one is off/on automatic, and the other involves a range of motion and timing. The result is two different ways to do the same thing, with wildly different results. Come on 2K, make up your mind — analog or digital?

Christopher Nolan, Charlie Kaufman and more movies that will freak you out