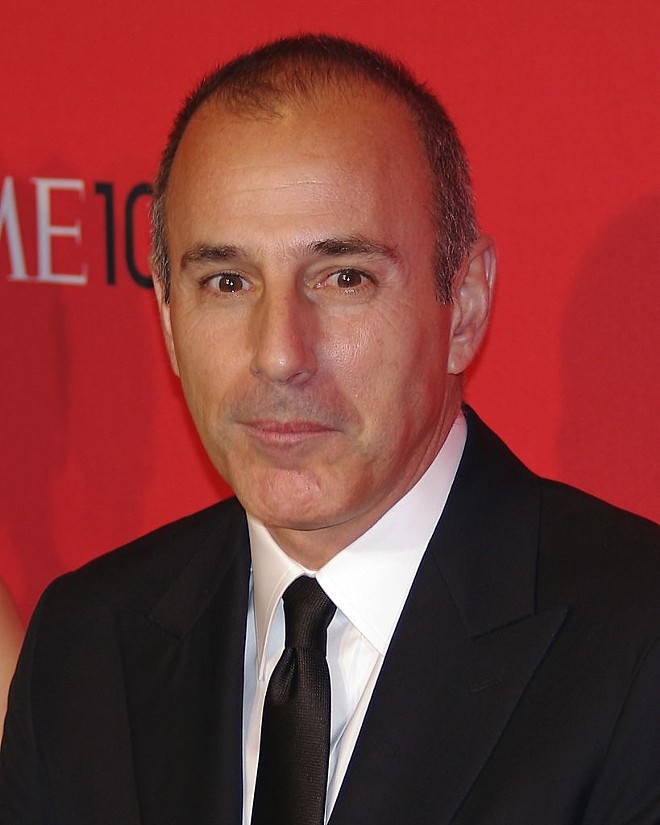 
“On Monday night, we received a detailed complaint from a colleague about inappropriate sexual behavior in the workplace by Matt Lauer,” Andrew Lack, the NBC News president, said in a memo to the staff.

He said the allegation against Lauer “represented, after serious review, a clear violation of our company’s standards. As a result, we’ve decided to terminate his employment.”

“While it is the first complaint about his behavior in the over 20 years he’s been at NBC News, we were also presented with reason to believe this may not have been an isolated incident,” Lack said.

Ari Wilkenfeld, a civil rights lawyer with the firm Wilkenfeld, Herendeen & Atkinson in Washington, said he represented the woman who made the complaint to NBC but declined to publicly identify her. In a statement provided to The New York Times, he said: “My client and I met with representatives from NBC’s Human Resources and Legal Departments at 6 p.m. on Monday for an interview that lasted several hours. Our impression at this point is that NBC acted quickly, as all companies should, when confronted with credible allegations of sexual misconduct in the workplace.

“While I am encouraged by NBC’s response to date, I am in awe of the courage my client showed to be the first to raise a complaint and to do so without making any demands other than the company do the right thing.”

The Times met with the woman Monday afternoon, but she said she was not ready to come forward and tell her story publicly.

Lauer’s co-host, Savannah Guthrie, announced the news on “Today” on Wednesday morning. Appearing on the verge of tears, Guthrie said, “All we can say is we are heartbroken; I’m heartbroken.”

She described Lauer as “a dear, dear friend,” and said she was “heartbroken for the brave colleague who came forward to tell her story.”

Calling Lauer’s dismissal part of a national reckoning, she continued, “How do you reconcile your love for someone with the revelation that they have behaved badly?”