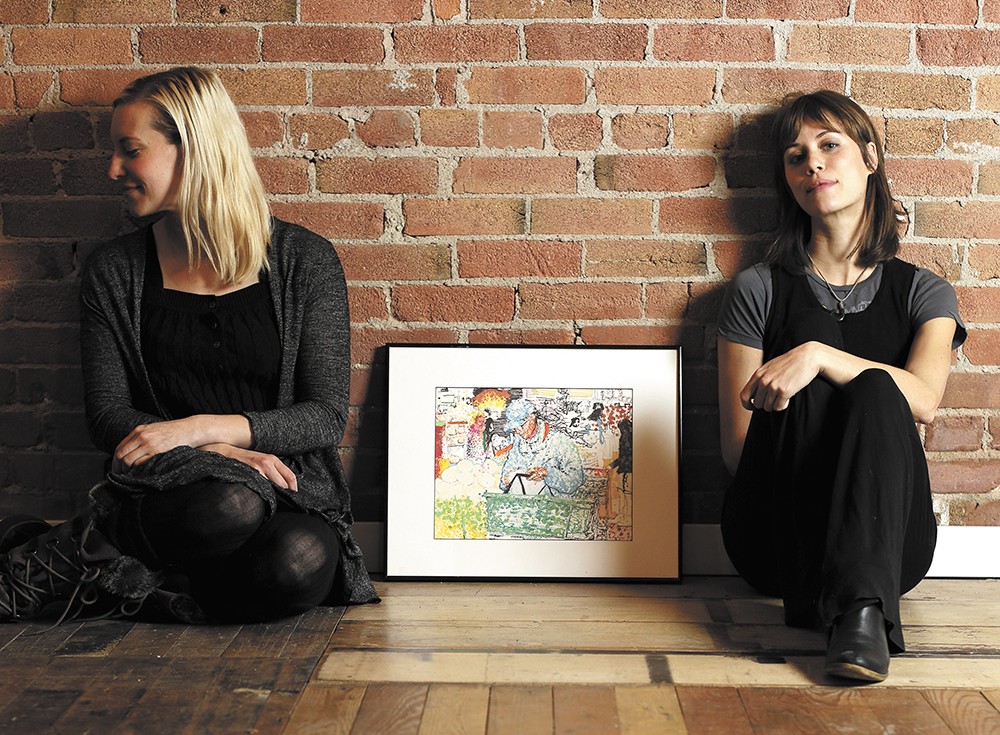 There is art here.

Spokane has an art month and Terrain and First Friday events. Paintings hang in downtown public spaces and at restaurants and bars, and there are permanent art galleries. Now, the Richmond Art Collective's full-time art space is a place where artists living and/or creating in the building can show their work.

Today, surrounded by the exposed red brick and hardwood floors of the historic downtown Richmond Building that houses the collective, Mitchell explains what happens on each of the space's three floors. On the top level, artists — many of them part of the Laboratory residency, a local nonprofit program run by Alan Chatham that brings in artists from all over the world — live in fully refurbished apartments. The second level is home to collaborative studio space rented by local artists; the bottom level, which INK Artspace once inhabited, is home to the art gallery. Although the collective has been around since 2013 and multiple exhibits have come through, the gallery has only opened full time in the past few weeks.

Like many Spokane natives, Mitchell, now 28, left home "with an insatiable need to learn everything," traveling around the country, improving her "art practice" and eventually earning a master's degree in environmental science. Four years ago, she came home, but found the arts scene lacking creative collaborative spaces. Meeting Rebecca Chadwell, 34, a sound design artist who was working with the Girls Rock Lab, the Richmond Art Collective experiment began to take shape and Chadwell came on board as creative director.

While the gallery is technically a for-profit outfit, the collective does not take a commission on any sales. Instead, they rely on partnerships in the arts scene and everyone works on a volunteer basis, including Mitchell and Chadwell. Also helpful: the whole space is donated for free by building owner Dan Spalding. As a fellow artist and musician, Spalding says the Richmond Art Collective is what Spokane needs.

"I've been living downtown for 20 years and I think what our city lacks most is people living downtown, which is such an important element for any city," Spalding says. "I can afford to do stuff like this, and at some point I have to think, what do I want to see in this city and what does the city need?"

Philadelphia mixed-media artist Nilé Livingston's splashy works opened the gallery earlier this month and is currently showing by appointment only. Coeur Coffeehouse has closed its satellite location, open barely a month at the front of the gallery space, and the new Spaceman Coffee plans to be up and running in February. The gallery will run full-time when that opens.

Bringing in artists' works, like Livingston's, from all over the country is part of Mitchell and Chadwell's plan to continue inspiring Spokane-area artists.

"This whole area, if you're from here you're just a couple generations away from manufacturing, and the craft element of our art is incredible, but let's keep pushing," Chadwell says. "We already have the literature scene, now let's do the same thing with the art scene." 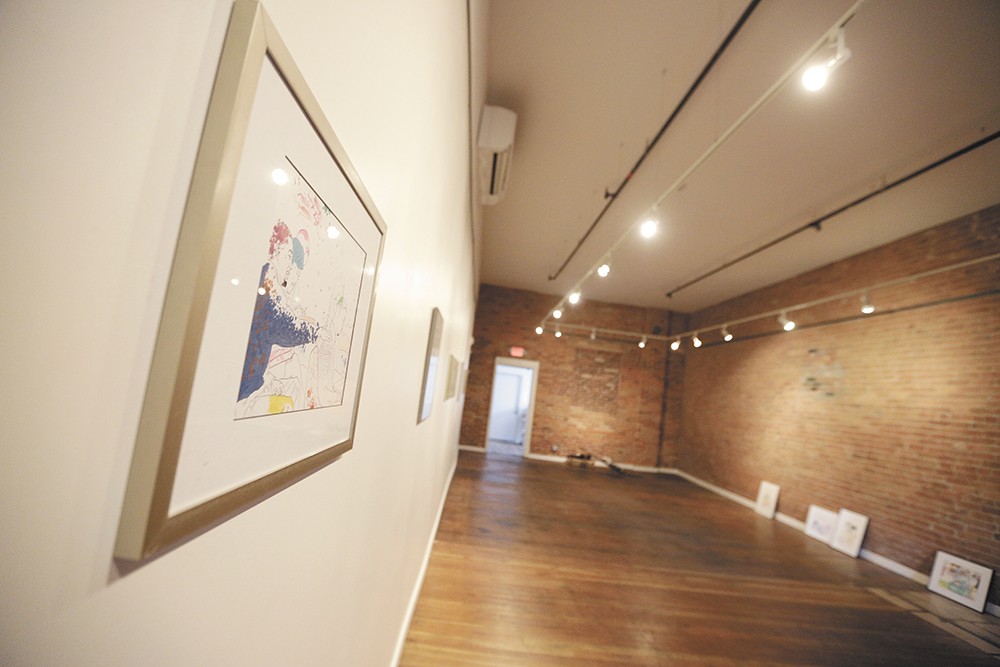 What excites them most is Spokane's lack of pretense; there is no higher scene defining what art must be, as in some larger cities.

"A place like Spokane with no base, we don't have preconceived notions of how things are supposed to be done, we just kind of do things," Mitchell explains. "Where other places are focused on self-promotion and talking about the thing. I think some of the most talented people here are completely unknown. They don't self-promote, but they make the thing."

"There's this disconnect; we teach our kids and teens that art is so important, but then they get out in the world and it's a different experience, and it's no longer available," Chadwell continues. "We're just trying to change that perception of art." ♦

"We're saying this area has a bunch of talented women who are generally not given the same credit and sense of legitimacy as other artists," says WAM co-founder Anne-Claire Mitchell.

The event seeks to give exposure to women working in all media, including audiovisual, film, music, performance and literature. More than 50 artists have submitted work; a jury will whittle down the selections based on space appropriateness and what makes for best exhibition movement. WAM plans to continue with educational and guest speaker events throughout the year.

Spokane WAM Expo • Thu, Jan. 28, at 5 pm • Free • Film at the Bartlett; all other installations at Richmond Art Collective • spokanewam.com