Chris Hemsworth stars as a mercenary in the empty, but exciting, action flick Extraction 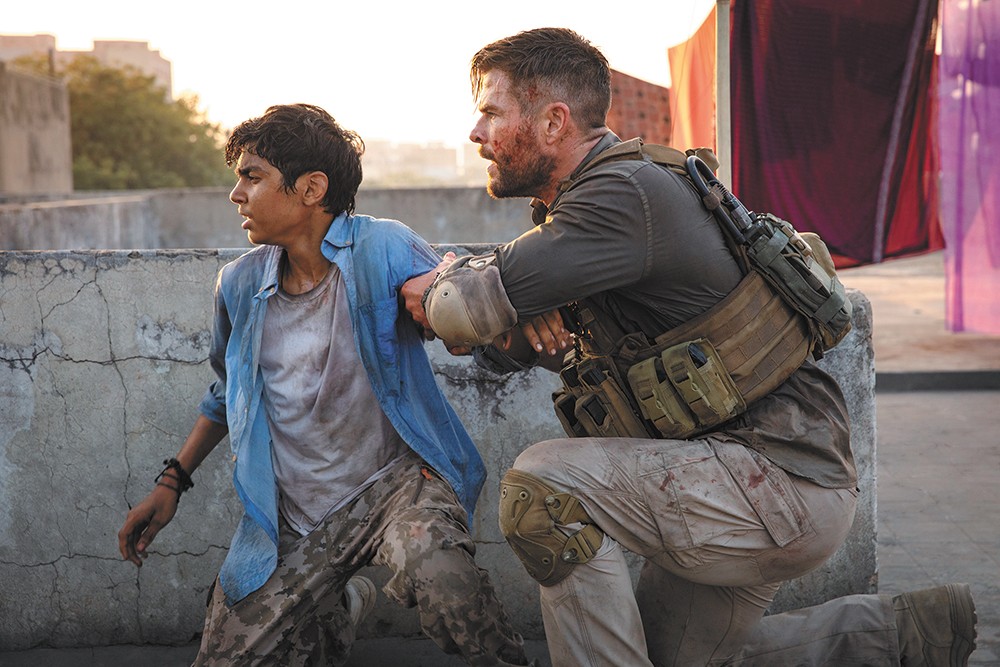 Maybe save Extraction until you've watched everything else on Netflix.

Extraction was supposedly the most-watched new movie on Netflix last week, and yet it feels suspiciously like one you've already seen, possibly late at night on some obscure cable channel back in the '90s. It's an action film riddled with as many cliches as bullet holes, the story of a hard-to-kill white dude running roughshod over throngs of faceless bad guys in a third-world country.

In this case, we're in India — Mumbai, to be exact — as the teenage son of an imprisoned crime lord is kidnapped by his dad's main rival. Enter Tyler Rake (Chris Hemsworth), a swaggering mercenary to whom we're introduced as he wakes from a nap, walks straight off a nearby cliff and plunges into the water below, where he meditates on his Troubled Past. Rake and his associates are hired to swoop in and rescue the kid, named Ovi (Rudhraksh Jaiswal), but it soon becomes apparent that they're outnumbered and surrounded, and he's hauling ass through crowded marketplaces and bustling city squares with his charge in tow.

This is the feature directorial debut of longtime stunt coordinator Sam Hargrave, and his action sequences sometimes make up for what the story lacks in originality. He employs lots of digitally erased edits, creating the illusion of unbroken takes in impossible situations, and his expertise lends a blunt force to various fistfights and shootouts in mostly confined spaces. It's a good thing, too, because there are no meaningful characters to hang on to here — the opposing drug lord is a stock bad guy, Rake himself is a glowering blank, and an intriguing subplot involving Rake's former colleague (David Harbour) doesn't really go anywhere.

Extraction (good luck remembering that title!) was adapted from a graphic novel called Ciudad, co-written by Marvel regulars Joe and Anthony Russo, and their involvement might suggest a cheeky genre deconstruction. Nope: Extraction keeps a mercilessly straight face for most of its running time, even as it trots out ancient action movie tropes that really should have been retired already.

But I don't know — maybe it'll give you a burst of macho entertainment when you're up late at night and your standards aren't at their highest.

Nine new movies to rent from your local arthouse theater

The original print version of this article was headlined "Boring Bullets"