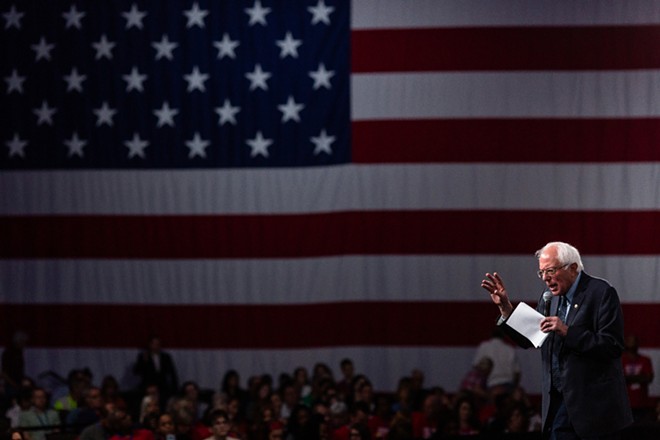 Despite the dead heat — Sanders and Warren each with 20% support among Democratic voters and Biden with 19% — the Monmouth University Poll released Monday may hint at a concerning trend for the candidacy of Biden, the poll’s previous front-runner, whose support declined from 32% when the Monmouth Poll was taken in June.

Sanders of Vermont and Warren of Massachusetts both picked up several percentage points of support since June. Voters were asked whom they would support among 23 Democratic candidates.

Patrick Murray, who runs the polling institute at Monmouth, in West Long Branch, New Jersey, said the poll suggested the race for the Democratic presidential nomination was tightening.

“The main takeaway from this poll is that the Democratic race has become volatile,” Murray said. “Liberal voters are starting to cast about for a candidate they can identify with. Moderate voters, who have been paying less attention, seem to be expressing doubts about Biden.”

Murray cautioned that the results were just “one snapshot from one poll.” The poll of 800 voters included 298 people considered registered Democrats or Democratic-leaning and had a margin of sampling error of plus or minus 5.7 percentage points within that group.

The Monmouth Poll found Biden’s support had eroded in states that hold earlier primaries, dropping from 26% to 20% since June.

Most of the other candidates for the Democratic nomination held firm in the Monmouth poll, albeit with far lower numbers than the three leaders.

Sen. Kamala Harris of California remained steady with 8% support. Sen. Cory Booker of New Jersey gained slightly, from 2% in June to 4% in August. Mayor Pete Buttigieg of South Bend, Indiana, got 4%, compared with 5% in June.

The national poll was conducted by telephone from Aug. 16 to 20.