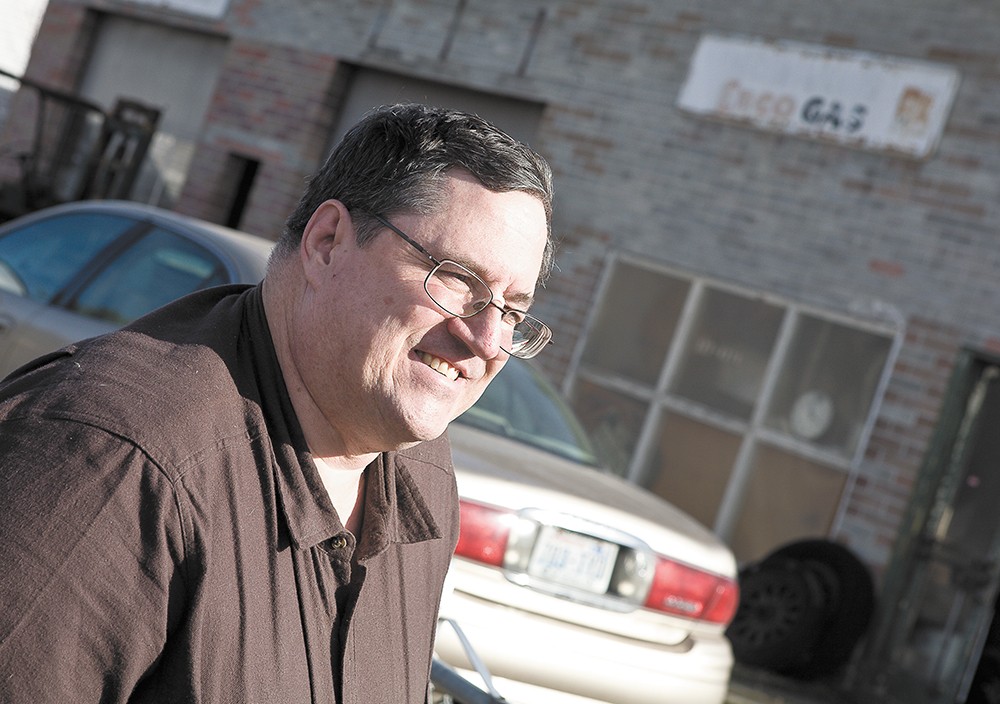 Steven Schlange
Kelly Cruz won the lottery. Now he has his eye on city council.

The knocks on the door, the mailers, television ads and people who want to shake your hand. Election season is descending upon Spokane, and the balance of power on city council is up for grabs in November.

Although the council is nominally nonpartisan and many councilmembers resist attempts to divide it into blocs, liberals on the city's legislative body outnumber conservatives 5-2. Led by Council President Ben Stuckart, the "supermajority" can overcome mayoral vetoes, and Stuckart is bullish that the coalition could become expand its majority to 6-1.

But conservatives are hoping to flip the script in November with four seats, including Stuckart's, up for re-election. The contours of the races are starting to take shape, and voters are likely to hear about marijuana, immigrants, terrorists and gavels, and field plenty of asks for campaign cash.

About 300 people crowded into Hamilton Studio last month for Stuckart's re-election kickoff. During his speech to supporters, Stuckart mentioned that it takes a thick skin to get involved in politics, which he said he happened to have, pointing to his gut. He might just need it during his campaign.

Stuckart was elected council president in 2011 after leading Communities in Schools, a nonprofit aimed at preventing kids from dropping out of schools. As president, he's successfully pushed ordinances that include placing apprenticeship requirements on city public works projects and revamping the city's water plan, among others.

That productivity has also created foes, particularly after an ordinance passed last year that prevents city employees, including police, from inquiring about someone's immigration status. Proponents say it's good policy that makes immigrants more likely to cooperate with law enforcement. But its vocal opponents claim it just invites criminals, terrorists and other lawbreakers, and they began circulating an initiative petition to reverse it. At a contentious hearing over the initiative in January, Stuckart gaveled the meeting to a close early after the audience continued to clap and cheer during the public comment period.

The response has been vitriolic, with memes, videos and Facebook posts popping up on the Internet relating to the gaveling. Stuckart says he's unnerved by all the attention directed at him.

"It's a little strange that they spend so much time chasing me around," he says. "I just think it's a little unhinged and unhealthy."

Stuckart says he's received threatening voicemails in addition to hate mail delivered to his house, with one letter stating he should be on death row.

So far, no one has filed paperwork to challenge Stuckart, who has raised nearly $8,000 this year. A Facebook page seeking to draft state Rep. Kevin Parker, R-Spokane, had more than 300 likes as of press time. But Parker threw cold water on the idea, for now.

"I've been so immersed in budget and bills this week that it's something I haven't even had time to talk to my wife about yet," Parker says.

The volunteer vs. the pot farmer

After winning the lottery last year, Kelly Cruz has the funds to split his time volunteering with the C.O.P.S. community policing program and taking care of his 94-year-old father. He ran for city council in 2013 and is running again this year because he thinks city lawmakers aren't doing enough to address Spokane's high property crime rate. He's hoping to unseat councilwoman Karen Stratton, who he says is indirectly involved with the problem by co-owning a pot farm.

According to Cruz, too many people are hooked on drugs like heroin and meth and end up stealing other people's possessions to fuel their habits. Marijuana legalization is making things worse by acting as a gateway drug, he says, and a member of city council shouldn't be involved in the pot economy.

"It's still a federal crime," says Cruz of Stratton's agricultural activities. "I feel that's a risk, especially when that person is representing the City of Spokane."

Cruz, a carpenter by training, hasn't yet raised any money for his campaign. He gets $52,000 a year in lottery payments, part of which he plans to direct to his campaign.

Stratton was born and raised in Spokane by parents who served on the city council and in the state legislature. She's worked in a variety of positions in local government and was appointed to city council last year to replace conservative councilman Steve Salvatori, who resigned. She tends to vote with the liberal majority.

She says that her involvement in a pot farm shouldn't be an issue.

"It would be no different if I owned a winery," says Stratton of her investment in a pot farm. "It's not a gateway drug. Period. I don't believe it."

Two-term councilman Mike Allen, who is regarded to be part of the council's conservative minority but considers himself to be a moderate, says that's he's pretty much accomplished all of his goals regarding utilities, streets and police reform. He sees no point in running for a second term and has endorsed LaVerne Biel, a Perry District business owner who ran unsuccessfully in 2013, to succeed him.

Regardless of Allen's plans, others are vying for his seat: Lori Kinnear, legislative assistant for councilwoman Amber Waldref, and John Waite, the owner of science fiction and fantasy store Merlyn's who is making his fourth bid for political office.

Although both say they want to work past partisanship on city council, their politics are left-leaning, and if either succeeded they could end up further bolstering the council's liberal majority. Both hope to raise at least $40,000 for their campaigns.

John Ahern, a five-term Republican state representative who beat Biel in the 2013 primary for council but lost to incumbent Jon Snyder in the general election, has decided to make another bid. Ahern, 80, who hopes to raise $30,000 to $35,000 for his campaign, thinks he'll have a better shot without an incumbent in the race.

Ahern is particularly irked by the gavel incident with Stuckart (whom he says needs anger management). If elected, Ahern says he wants to reverse Spokane's "sanctuary city" ordinance that prohibits municipal workers from inquiring about people's immigration status, which he says is attracting lawlessness.

"ISIS, they can come on in," he says referring to the terrorist organization. "It's an open invitation to bring them on in, and they can raise all kinds of hell."

He also wants to see Spokane place a moratorium on the growth, production and sale of marijuana.

Conservative councilman Mike Fagan, who has drawn heat for his controversial views on vaccinations and used his talk radio show to bring outraged citizens to council meetings, also is up for re-election. If he does decide to run for another term, he'll face Randy Ramos, a recruiter for Spokane Tribal College and life skills coach at the the Healing Lodge of the Seven Nations, a substance abuse clinic in Spokane Valley.

In an email, Fagan says he's not sure if he's going to run, saying that he needs to have a serious conversation with his family about the time commitment. Known for being especially attentive to constituent services, he writes, "Don't get me wrong, I truly love helping people, and have a servant-leader heart but, I don't want to get consumed by the thought until it is time."

Replacing Fagan isn't the primary motivation for Ramos, who at 35 would be the youngest councilmember.

"Challenging Mike for that position isn't really my basis," he says. "I just want to represent my community and help build up my community."

He hopes to help develop the Hillyard neighborhood and revive the United Native Americans of Spokane Public Development Authority, a quasi-public agency that he hopes to use to fix up rundown properties.

A winner of the Inlander's Peirone Prize, which recognizes individuals for their outstanding community service, he was born and raised in Spokane and spent part of his youth on the Spokane Indian reservation, where he completed high school.

Stuckart, also a Peirone Prize winner, says he's proud of the work the council has been doing. The liberal supermajority, he says, might just become a "super-duper majority." ♦