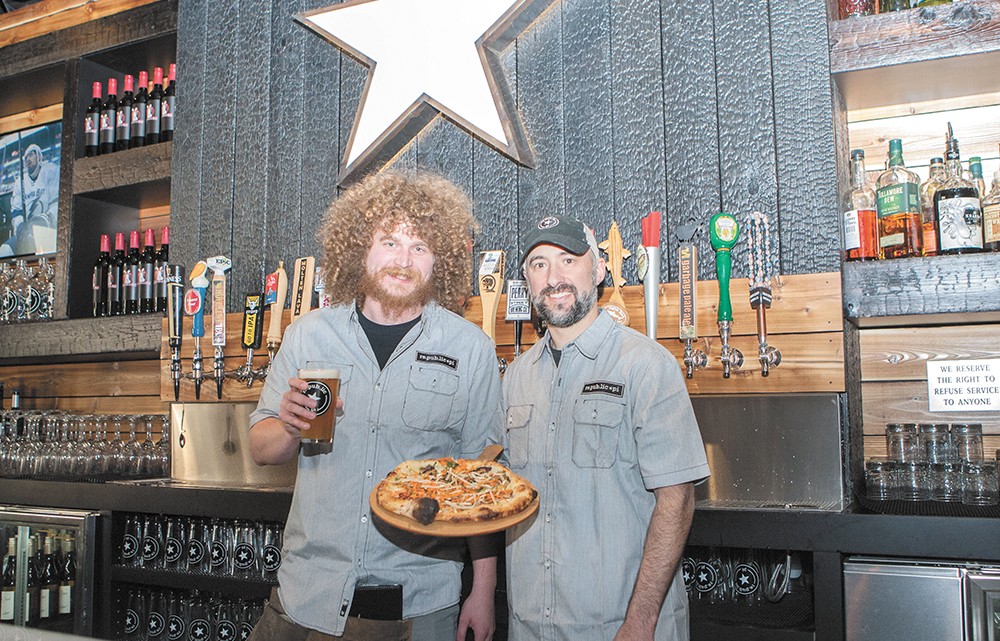 When its owners opened Republic Pi, a sister restaurant to the Flying Goat and Downriver Grill, they wanted to make the pizzas different, but not too different, from what Spokanites know and love from the Flying Goat. At the Goat, you get a crust with a slight sourdough flavor; at Republic Pi, they spent a lot of time perfecting the dough to combine the Neapolitan style with New World.

"It's like a nice, crispy outside and a tender dough all the way through," says chef Darrin Gleason, who co-owns the new South Hill restaurant with his wife, Shelly, alongside Jonathan and Lisa Sweatt, and Jodie and John Stejer. "I believe we hit it. We wouldn't be open if we didn't."

You'll recognize a few of the combinations ($10-$16) from the Flying Goat. The Waikiki with cured ham, coppa, and roasted pineapple and jalapeños is a direct carryover, while the South Hill is reminiscent of a past Goat pizza with its prosciutto, arugula and shaved Pecorino Romano toppings. The #37 is the egg-topped Kiernan renamed for Steve Gleason, with a dollar from each pizza donated to ALS research.

The new pies include the Republic, a puttanesca pizza with fried calamari, and a vegan pie called the Naturalist, spread with green garbanzos and topped with roasted peppers, smoked onions, carrots, mushrooms and Brussels sprouts.

The Shou Sugi Ban combines lemongrass-grilled pork with mozzarella, green onion, and carrot and daikon salad. It's named for the Japanese technique of preserving wood by torching it and finishing it with natural oils. The technique was used on the woodwork throughout the restaurant, from the pickup counter to the star-emblazoned Republic Pi flag to the bar, where you'll find 21 beers on tap.

Many Spokane brews mingle with a bit of everything else, and the wine list features both Italian and Northwest varietals. Among the signature cocktails are revitalized classics, like the Republic Greyhound with fresh-squeezed grapefruit, ginger liqueur and Ketel One.♦