A Bostonian moves to the big city 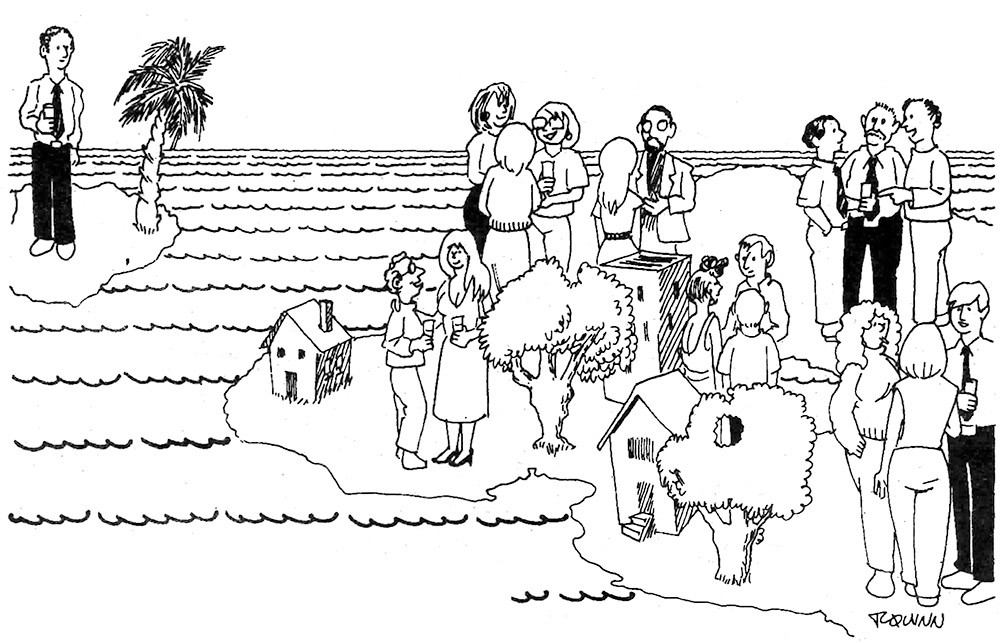 Well you get up every morning, and you see it’s still the same…

“Are you depressed? asked one friend.

“Did you do the right thing?" asked another.

“Do you want to kill yourself?"

It all happened so fast. I got home from vacation August 3. Within a week I had been offered a job, and flown to Spokane to check out the city which was soon to become my home. By the end of the month, I had watched my stuff drive away in a moving van, my friends had thrown me a going away party, and I began the 3,000 mile trek out West.

Many of my friends thought me a tad batty. Why would I leave a successful, high-profile job in Boston, one of the largest arts markets in the country, to move to the middle of nowhere — scratch that — the perceived middle of nowhere? In fact, upon arrival I was greeted with the same puzzlement from people who live here. The decision was actually one of the easiest I’ve ever made. It is rooted in the fact that my motivation to better my lot has always superseded by a few points my common sense.

Nonetheless, any move is an emotional roller coaster ride, and this has not been without its moments. But I’ve made the right decision. I have determined that Spokane will be good for me.

This is not to say that I’ll fit into the mainstream. The pervading conservatism which blankets the city is not conducive to creativity, free expression and a willingness to appreciate and understand new ideas. But I am happy to see the glimmering undercurrent of openness which any large city should have, expose itself in many ways since I arrived a month ago.

One discovery I've made is Spokane residents’ quickly uttered misnomer the first time you speak to them about the “city”: that Spokane is the largest urban area between Seattle and Minneapolis. If we're talking population or sprawl, that seems correct, but “urban” this city is not. Any city where the downtown area rolls up its streets at 9 pm is not urban.

But raise a red flag. A move is underway to develop an “arts district” which stretches the entire length of downtown. Do you realize how important that is, not only for the communal artistic atmosphere it will bring to this city, but the vibrancy and life it will bring to a downtown that many believe is not far from needing life support? Every major city in this country has a similar area where restaurants, galleries, music clubs, movie theaters and boutiques Iine the streets, and people fill the sidewalks. Why not in Spokane?

So here I sit, excited for the launch of a new paper, fascinated by a city so unlike anyplace I’ve ever seen, and absolutely, completely frustrated by my lack of a social life.

Yes, you thought this piece would be a reflection on what some outsider thinks is wrong with Spokane, while all along the crux of the column is self pity. I don’t exactly sit home and mope… l have met a number of terrific friends who have shown me the evening sights of Spokane — the bars, the clubs… the movie theaters.

Meeting people, I have come to realize since leaving behind my East Coast life, is a bit different than when we were growing up, when making new friends was no more difñcult than asking "you wanna come over and play?" If I said that to a woman in a club I’d probably get slapped. Soooo… anyone looking for a pretty cool, relatively stylish, remarkably fun guy to hang out with, contact me in care of The Inlander.

This essay has digressed into an awfully long personal ad. We have a section for that. Maybe that’s where I should open my heart up for all to see. But then, that sounds like a topic which deserves a column of its own.

By the way what the hell is tire siping?

Andrew Strickman is Arts Editor of the Inlander.

Artistry in Wood @ The Hive