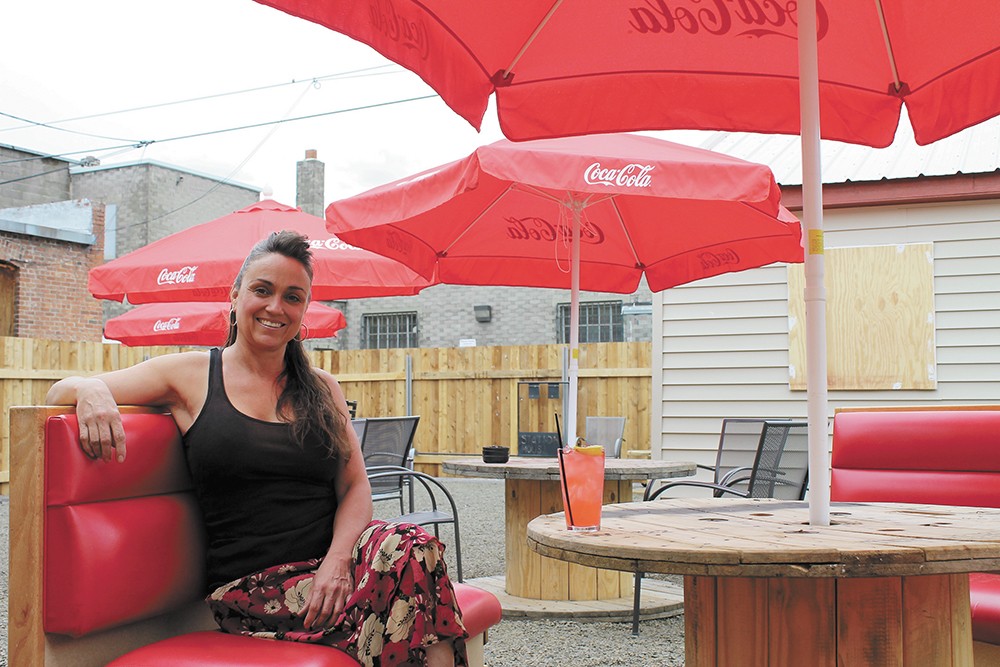 Shortly after Station House Pizza in the Hillyard neighborhood closed in March,

Lora Corners saw an ad for the business on Craigslist. About 10 minutes later she went to check it out, and just two weeks later she signed the lease.

"I grew up in a family of restaurateurs. My dad owned a pastrami parlor in L.A. and taught culinary arts at UC Berkeley," says Corners. "I've always wanted to open my own place."

Corners wanted to keep the Station House name and theme, but rather than make pizza, she created a sandwich menu and opened the Station House Bar & Grill. With an open view into the kitchen, customers can watch the chefs prepare their sandwiches with fresh ingredients and Petit Chat Bakery bread before placing them in cast-iron skillets to cook in the oven. Not surprisingly, the hot pastrami ($10) has been the most popular.

Less than a week after opening, though, customers were coming in asking for pizza, so Corners added it to the menu. All pizzas ($10) are build-your-own 12-inch pies, with no additional charge for toppings. There are plans to further expand the food menu to offer breakfast during football season.

Beyond the full bar and food, Corners is most excited about the restaurant's new layout. There are now tall tables between the red booths lining the walls, along with a huge, newly opened patio space. The backyard offers covered booth and patio chair seating, along with a beanbag toss, a shed housing pool and darts, and soon a stage for musical acts.

"We have set hours, but if people are actively buying food and drinks, we'll stay open until 2 am for them to enjoy this space," says Corners. "We had just finished closing up the other night around midnight, and 10 guys showed up. So we told them 'Come on in!'"

Soon, Corners hopes to start up karaoke nights, host a Ladies' Night, and begin jam session nights where musicians can come together with their instruments and make music.

"We're about people who just want to come in and have a good time together," says Corners. "And I feel a little bit spoiled by the response we've had so far." ♦