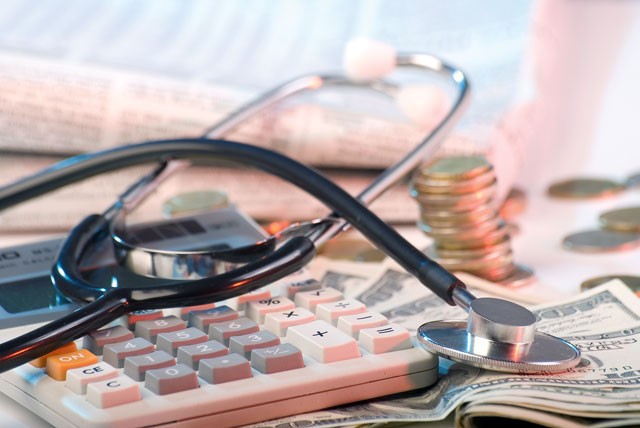 You can buy monthly service plans to maintain your lawn and clean your house. And you can pretty much do it without any help from a middleman. What about tending to your own health care in a similar way?

The concept of direct care, also known as “concierge” or “boutique” medicine, allows patients regular access to a physician in return for paying an annual or monthly retainer fee. Direct care actually originated in Seattle in the mid ’90s and spread around the nation before arriving in Spokane about 18 months ago.

Television may have helped publicize concierge medicine in a flashy USA Network TV series set in the Hamptons called Royal Pains, where fabulously wealthy patients pay big bucks for a private physician who makes house calls. That’s not exactly how it operates in real life in the Inland Northwest. Here, patients still visit doctors’ offices, and the fees are $39 to $69 a month.

So how can virtually unlimited doctor visits be so affordable?

“About 80 percent of [health care] a person will use in their life will be primary care,” says Brad Davis, the owner of On Stage Health, a company that helps facilitate direct care services for local physicians groups. “A program like this enables a person to go to a reputable physician or an established physician group and have an ongoing relationship.”

The On Stage Health website lists Rockwood Clinic, the Doctors’ Clinic of Spokane, Physicians Clinic of Spokane and Spokane Internal Medicine as the current options, with prices ranging from $29 to $35 a month for a child and $39 to $69 a month for adults, plus a $15 registration fee. If you drop out and want back in, it will cost you around $100 to re-enroll, depending on the plan. The Physician’s Clinic requires clients to obtain health insurance for services not included in their direct care plan.

Benefits vary among providers, but all provide annual physicals — sometimes including procedures like bone-density measurement and a cardiac stress test that might not be part of a standard physical — as well as preventive care, same- or next-day appointments for illnesses and injuries, and some degree of chronic disease management. Nutrition and diabetes education might also be included.

On Stage Health has been accepting enrollees since January, and Davis says the group has about 200 members so far. He says the program seems to be a good fit for people with spouses who have health insurance but can’t afford to cover the whole family, or for people between jobs.

Businesses are also finding creative ways to pair the service with traditional insurance. Davis says a company with about 40 employees came to him, wanting to pair direct care coverage with a highdeductible health insurance plan that could be accessed in cases of catastrophic illnesses.

“They were able to save about $18,000 a year,” he says. “Now the employees can go to primary care services with no co-pay and no deductible, where before they had each.”

In addition to continuing to see patients who have traditional insurance and Medicare, Spokane Internal Medicine has been participating in the On Stage program for a year and a half. At $69 a month, patients can access a wider range of services than some of the other less expensive direct-pay plans offer, says administrator Tom Carli. “What we’ve done is we’ve tried to include as much of the services we render here for one price. We include all of our clinical labwork, because we realize we utilize it quite a bit with our patients.”

Not having to worry about a copay and meeting deductibles may help patients to make better choices about their health. “When you have to pay a $35 co-pay, you’re going to the doctor when you’re sick,” says Carli. The direct-pay model changes that — since patients “purchase” their visits in advance, there’s no reason to let a nagging health issue go unattended. “Why not come talk to us about some problem you’re having that we may be able to change?” he says.

In fact, “We would love to have everybody we see on this type of a plan,” Carli adds. “The relationship between the doctor and the patient changes. Now, patients are coming in because they are interested in their health.”

Recognizing clients will most likely need services not offered at Spokane Internal Medicine, Carli says his group has crafted arrangements with specialists to reduce out-of-pocket costs for enrollees. “We’ve reached out to many of our consultants, and they’ve all agreed they’re willing to do a separate fee schedule [for Spokane Internal Medicine clients] if they don’t have to go through the billing process.” For example, members pay $750 for a colonoscopy that normally runs about $1,200.

Still, $750 is a substantial sum. And that’s the catch with direct-pay plans. They are decidedly not comprehensive. Health catastrophes — even smallish ones that require a trip to the ER — aren’t covered. In fact, hospitalization or surgery of any sort isn’t covered. Neither is referral to specialists, maternity or childbirth. Your medications are your responsibility, too. Imaging and other scans are generally not provided. The plans specifically cover only what is listed on the providers’ two- to fourpage subscriber agreements.

With doctor shortages looming and Medicare reimbursement likely taking a tumble, some concerns have been raised about whether direct care will create a two-tier health care system, where only those who can afford “membership” will have access to care. Carli says his clinic intends to continue to accept new Medicare patients. As for the Washington State Medical Association, spokeswoman Jennifer Hanscom says, “We’re supportive of any market model that works for physicians and patients. We believe patients have the right to choose, and physicians have the right to configure their medical practice in the way that works for them.”

Spokane’s Dr. Donald F. Condon found Medicare wasn’t working for him. So he opted out and started offering an annual contract for his services at the beginning of October — within a week, he says he already had a handful of people signing up.

“There’s a huge group of people out here that I’ve discovered who are working but have no insurance,” Condon says. “I decided I should give them the opportunity to contract with me directly and bypass insurance for complete comprehensive care.”

Carli says direct care appeals to a relatively small segment of the health care market. “I believe direct care is kind of niche product,” he says, adding that the majority of people with comprehensive insurance wouldn’t fi nd it benefi cial to pay additional fees for physician services.

One benefit of direct pay may be its ability to remain stable, while health insurance plans — and the physicians associated with them — change. In that way, direct care fi ts in well with the concept of a “medical home,” the buzzword for the future of health care. Touted as a way to provide better, more coordinated care, a medical home is especially benefi cial for patients with complex and chronic health problems. Instead of changing physicians each time an employer changes health insurance plans, direct care enrollees can just stay put. That makes sense, says Carli. “You want a relationship with a good physician, that you can continue on with, who is going to care for you for the rest of your life.”

The whole concept of direct care was nearly derailed when questions arose concerning whether plans should be regulated as a form of insurance. The Legislature intervened and, on May 2, 2007, Gov. Christine Gregoire signed into law a bill (Spokane state Sen. Chris Marr was a sponsor) proclaiming direct care arrangements “represent an innovative, affordable option which could improve access to medical care, reduce the number of people who now lack such access, and cut down on emergency room use for primary care purposes, thereby freeing up emergency room facilities to treat true emergencies.” The plans are not considered insurance, though the law does stipulate some conditions. It requires direct care practices to accept and retain patients regardless of preexisting or newly developed health issues. Prices can only be changed once a year. And the Insurance Commission will conduct a study to analyze whether direct care works to improve access to health care for several types of patients — those with Medicare or Medicaid, the insured, and the uninsured. Marr praised the bill in 2007 as “a piece of health care policy which attempts to improve both quality and cost, without adding additional government intervention and regulation. And on top of that, without the requirement of additional state funding. As a state policy maker, that is like the trifecta.”

Anne McGregor is a contributor to the Inlander and the editor of InHealth. She is married to Inlander editor/publisher Ted S. McGregor, Jr.