As one Moscow brewery shuts down, two others take its place 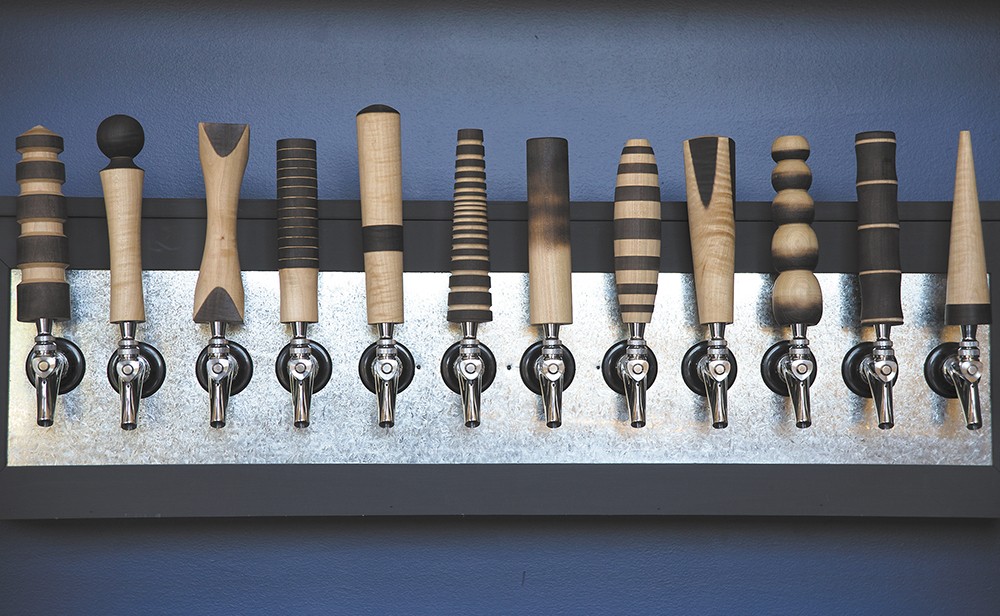 Taryn Phaneuf
Hunga Dunga Brewing is one of two new breweries in Moscow.

With two new breweries in Moscow,

The long-awaited Hunga Dunga Brewing Company opened this week, following Rants & Raves, which started serving its own brews in April. They came just in time: The Moscow Brewing Company — a nanobrewery that built a loyal following over the past few years — closed after months of attempting to sell the business.

As the area's brewery scene changes, new brewers are looking for the chance to build on what's already here and contribute something new to a booming industry that missed the region.

"I think what has yet to come to the Moscow beer scene is going to be pretty awesome," says Graham Lilly, who owns Hunga Dunga with Nate Suhr. "I would like to see a lot of great variety of local beer. It's not something that's really been around in Moscow much. It would be nice to see that change."

Lilly started homebrewing while he studied microbiology at the University of Idaho, thinking it was an interest on the side. But he saw the parallels between his coursework and brewing.

"I realized the only thing I wanted to be doing was making beer. I didn't really want to be doing anything else," he says.

He's worked toward opening a brewery since he graduated in 2012, deciding to call it Hunga Dunga — a reference from the Marx Brothers movie Animal Crackers — to help him remember to keep things fun. He worked as a bartender and chef while he nailed down branding, perfected his recipes and applied for the necessary federal permits required to open a brewery. The brewery will serve a few food items, but beer will be the main attraction. Production should be big enough to allow Hunga Dunga to sell kegs to other restaurants locally.

"I'm excited to be able to produce really good beer for the community I grew up in," he says.

Rants & Raves opened across the street from the renovated warehouse Lilly turned into a brewery. General Manager Tim Kinkeade says he's been looking forward to Hunga Dunga's debut because it helps create a destination for beer enthusiasts. He calls it Moscow's beer district.

Community support for local beer is evident, he says. Rants & Raves opened ahead of getting its brewing license, so it only served guest beers until April. Now it serves three original beers, which he says outsell the 12 guest taps. Most of what's brewed is considered production beers — larger batches of stable, consistently available brews. But a special small-batch promotion on Wednesdays gives brewers a chance to test new recipes.

"The only limitation is their creativity," Kinkeade says.

It's not hard to find craft beer on the Palouse — a host of bars cycle through styles and seasonals. But the region has lagged in the local brewing business, with just Moscow Brewing Company on that side of the border. Paradise Creek Brewery is 10 miles away in Pullman, and a third, Zythum Brewing Company, is an hour north in Fairfield.

It's not for lack of interest, brewers say. They credit Lucas Rate, who opened Moscow Brewing Company in 2013, for leading the way. Rate opened Moscow Brewing just five years after he moved to town. From the beginning, he intended to become part of the community fabric. A business of the same name existed in the late 1800s, and he saw an opportunity to build on that heritage.

"Moscow felt really good to me on a DNA level," he says.

Rate made the hard decision to close after spending months looking for a new owner because his family is moving out of the area. He hoped to find someone who shared his passion for connecting to the community.

He entertained a few interested brewers but never got a serious offer, he says. He had mixed feelings about his new neighbors. While he's thrilled to see people adding to the foundation he built, he's disappointed that it's coming after his time is up.

"I am thinking that we will be shutting the doors and allowing the new kids on the block to do their thing," he says.

Hunga Dunga and Rants & Raves share his disappointment. They say the brewing industry is uniquely supportive of its competition, because each brewer's take is different. And even in Moscow, there's plenty of demand to go around.

"There's always room for more than one if your product is good," Kinkeade says. "People like to go to multiple breweries." ♦