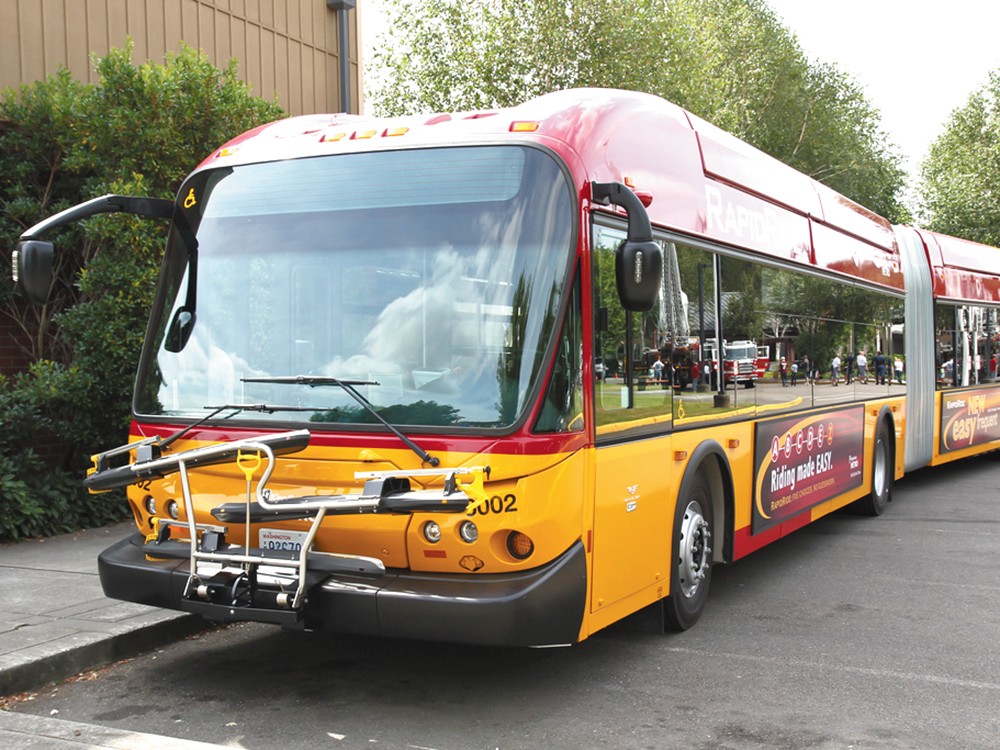 Today, the No. 24 bus winding its way down North Monroe Street, from Five Mile to downtown, is packed with people who did something Karl Otterstrom wishes they didn’t have to do. They planned for this bus trip.

With new development along Monroe, Otterstrom, Spokane Transit Authority’s director of planning, wants people to be able to take spontaneous bus trips here and throughout the city.

“This is the highway system for pedestrians,” he says. “This is the way you get out and enjoy the region without having to take a car.”

But while routes like Monroe have strong ridership, many aren’t frequent enough to allow spur-of-the-moment trips or encourage everyday drivers to leave cars at home. So STA is looking into the future to see how best to expand some of its major routes.

The agency has developed a list of potential projects and is looking for community input into what should come first. The projects are centered around increasing accessibility in busy areas of town and getting people into the city from outlying areas like the Valley or the West Plains. STA’s latest shortlist includes four major routes: North Monroe to Regal Street on the South Hill, Cheney to downtown, along Division Street from the North Side to downtown and between Liberty Lake and downtown. The agency is also considering improving access between Browne’s Addition and the University District and new park-and-ride lots in outlying areas.

For each of the corridors, STA offers up three or four options of what could improve that route. From completed sidewalks to better buses to light rail, the projects range from $1 million to $400 million, but STA hasn’t yet secured funding for any of them. That will come down to federal and state dollars, and whether Spokane voters would support an increased sales tax for transportation. Recent cuts to some routes have increased frequency on the most popular ones, Otterstrom says, in his view boosting ridership and helping justify requests for new money.

“We’re confident they are good places to invest, but exactly what we’re investing in and when and how, we’ve not reached that point,” he says. “We’re interested in knowing which corridor people are most interested in. … Give us input on how do we slim down the list.”

Tim Szymanowski is one of the people tasked with delivering that input. Szymanowski, director of development for Eastern Washington University, is a member of one of the advisory panels STA set up to help get public opinions about the corridors. Szymanowski says he rides the bus sometimes, but can’t when a route isn’t frequent enough to accommodate his many trips out of the office — a problem he doesn’t want others to have.

“We want to keep people from saying, ‘If I take the bus, it’s going to take an hour and half. I might as well drive,’ “ he says.

For Szymanowski that comes down to making sure STA hears about crowded buses and people who may never even go to Spokane proper. He says the Cheney corridor serves big crowds commuting to and from Eastern and plenty of people who just want to get around the West Plains, so improving both the number of routes and the areas they reach are crucial. Just how STA does that, he admits, will mean some things get more attention than others.

“It’s hard to make everyone happy,” Szymanowski says. “Our objective is to take a very utilitarian approach and do the greatest good for the greatest amount of people.”