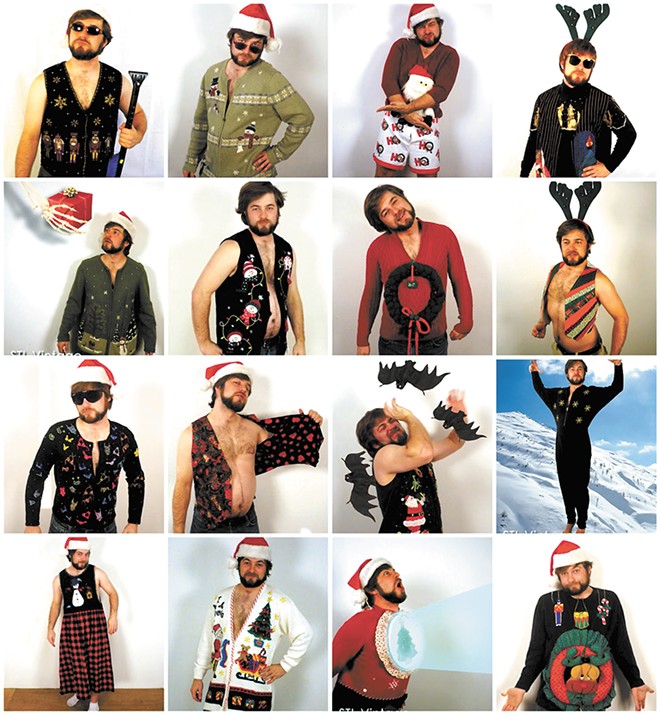 What's your ugly-sweater look of choice?

I 've now lived in quite a few places where I knew next to no one. I've learned that when you're new in town, you say "yes" to people's invitations to hang out. Sitting home alone leads to having no friends. Two Decembers ago I was invited to an ugly sweater pub-crawl going up North Monroe Street. It began at PJ's Pub and only got better from there. It was during this mostly cash-only/beer-only trek to the Garland District's Rick's Ringside that I was introduced to hole-in-the-wall gems like Moezy Inn Tavern, the Hub and Hi-Neighbor Tavern. Our group of 40 or so crawlers took over each establishment in an eyesore cloud of green and red. There was even a storming of the Zip's Drive-In on the way up the hill to Garland Avenue. With new friends come new traditions. I'll be there again this year.

You already know about the ice skating downtown Spokane at the Riverfront Park's Ice Palace — it isn't new. But most likely, you didn't realize all of the hours the park was open. Not only during the day, but also at night, you can skate in the semi-outdoors with the people you cherish most — family, friends and lovers. By no means is skating (in figure or hockey skates) easy; don't let the Olympic competitors fool you. That's why you need practice. No, alcohol isn't allowed on or near the rink, which is actually best for all involved, but you can purchase warming beverages at the Pavilion Cafe. Ice Palace public skating late hours: Wed-Thu, 7 pm-8:30 pm; Fri-Sat and nights before holidays, 7-10 pm; plus additional holiday hours. Admission: $5; $3.50/ages 3-12, seniors (62+) and military with ID; Skate rental: $3.50. 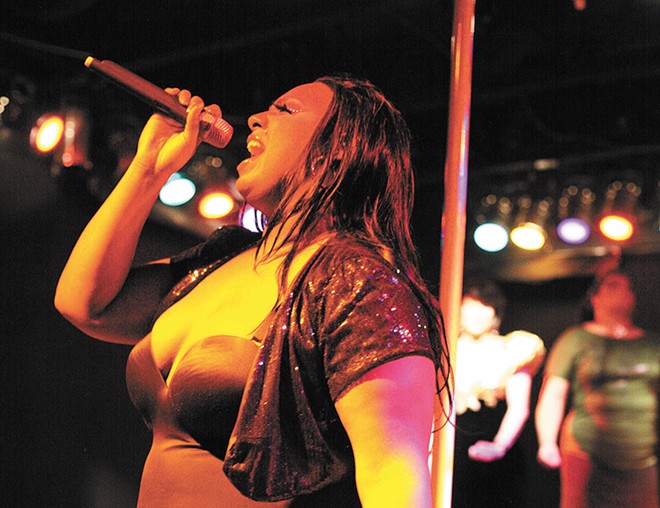 Irv's hosts the Queens of the Palomino Holiday Drag Ball on Dec. 16.

Up north off of Francis Avenue at the Palomino, Spokane's newest music and events venue, the owners are ready to help get you in the holiday spirit with the Queens of the Palomino Holiday Drag Ball. Auditions, held earlier this month, brought out some of the best queens and kings around. Expect a lot out of local acts and royalty Savannah SoReal, Beyoncé Nieves, Neveah Belle, Ava Patron and Gypsie Hex Sexton. For those new to the drag scene, expect song (often lip-synched) and dance numbers, awe-inspiring makeup, wigs and outfits, and in the case of this show, a whole hell of a lot of Christmas cheer. There will be a dance for all after the show. Want more drag? Check out Irv's Bar, 415 W. Sprague. Wed, Dec. 16, at 9 pm, $12/$15 day of, 21+, spokanepalomino.com

You want me to wear what?

Halloween has come and gone, but the season of dressing up in silly outfits is nowhere near over. First up on our list of costumed nighttime events is the Spokane SantaCon pub crawl. Bust out your red-and-white Santa gear (we recommend warm clothing, people; nothing from Ms. Kitty's) for this free event. Coordinators are, however, taking donations for the Tamarack Residential Treatment Center, which supports troubled youth. The event starts at the Checkerboard at 3 pm, moves to nYne and continues to downtown bars through the evening. (Sat, Dec. 12, 3-10 pm, 21+) PRO TIP: Safety first: Drink all the water, perhaps refrain from drinking at every bar stop along the way, and when the end of the evening comes, catch a ride.

The ugly Christmas sweater party theme has been hot for the past few wintry seasons, and this year, the Big Dipper is getting into the trend. The awesomely funky Seattle act Down North headlines, with some favorite local rockers, Blackwater Prophet and Bullets or Balloons, opening the party. Expect a dance party for the ages with this lot. (Sat, Dec. 12, at 7:30 pm, $5/$8 day of, all-ages). One night earlier, Jones Radiator hosts its own ugly sweater party with Buffalo Jones, who just released their second album in 10 years as a local band, offering the entertainment. (Fri, Dec. 11, at 9 pm, free, 21+) PRO TIP: These days, all of the stores know you're on the hunt for an ugly sweater. Nordstrom has gotten into the action, offering fresh, hideous sweaters for under $100, and even Goodwill plucks all of their ugly finds and racks them near the front of the store, with added cost, naturally. So how do you scout for the best? Purchasing in July would have been ideal, but if you're reading this now, we suggest hitting up your relatives' closets for vintage gems, or the smaller consignment/second-hand shops in town that won't be as picked over.

Macklemore and Ryan Lewis are into being in downtown Spokane; you should be too. First Friday, happening every month of the year, including December, makes cultured art galleries out of many downtown shops and venues. Put on by the Downtown Spokane Partnership, Business Improvement District and Spokane Arts, the event includes eclectic art shows (including drawings, paintings, prints, sculpture, ceramics and photography) by local artists, often accompanied by live musicians. It's important to note that wine and light snacks are often served at many of the events. Fri, Dec. 4, 5-8 pm, free, all-ages and 21+, downtownspokane.org ♦