Animals are already benefiting from stem cell therapy. Could humans be next? 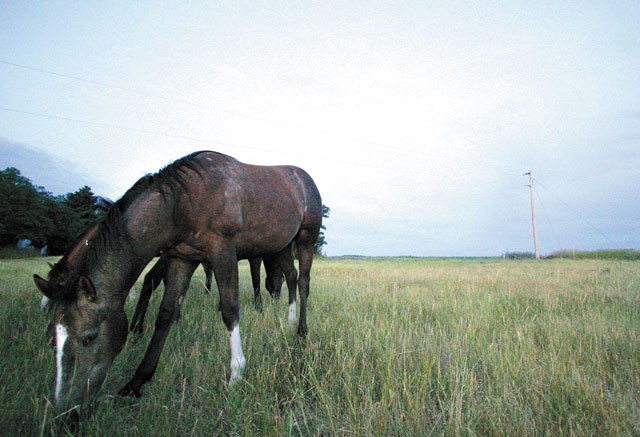 Over the last 10 years, the concept of stem cells has become common fodder for many a conversation around dining room tables and on talk shows. The arguments tend to rage around issues of ethics, law and defining our concept of life. While in human medicine much of the research (and all of the controversy) is focused on embryonic stem cells, in veterinary medicine there’s a completely different focus. In vet medicine, the focus has mainly been on adult-derived stem cells. These adult stem cells have led to a different set of arguments, mainly surrounding issues of effectiveness, what the best source is, and how and where to apply the treatment.

The reason stem cells get so much interest, and are so exciting medically, is that they are basically cells that can change into different types of cells. They’re a sort of all-purpose cell. Say you damaged one of the tendons in your knee or had mild damage to your heart from a heart attack. In theory, at least, stem cells could be injected into the injury and grow into either tendon cells or heart cells. And, voila, you’re fixed! Current theory is that cells that are harvested from embryos have the greatest ability to change into other types of cells. Stem cells harvested from an adult, however, also have the capacity for changing into different types of cells. Adult stem cells are found throughout the body in varying concentrations and serve as the body’s own reserves and repair mechanisms.

Two of the main sources of adult stem cells, in both animals and people, are bone marrow and fat. Even as vet medicine is debating the relative value of these two sources, a private California company, Vet-Stem, has been offering a service since 2003 for producing fat-derived stem cells. (Having originally marketed the services only for horses, they are now offering the service for dogs as well.) The basic procedure is that a small amount of fat is removed from your furry friend by your vet — easily accomplished with a little sedation and local anesthesia — and sent to Vet-Stem, which processes the fat to extract the stem cells and sends it back for your vet to use, just two days later. Vet-Stem claims to have treated more than 2,000 horses in the last five years. In the case of bone marrow, vets needed until recently to harvest and process the cells themselves. A European company called VetCell, however, has recently started offering its bone marrow products in the United States.

Even though stem cell therapy is being currently used by many veterinarians around the world (using both bone marrow and fat), there is still some controversy as to how well it works. Yet there is a growing body of anecdotal and practical evidence from the veterinarians who have used this treatment and the animals who have benefited from it.

Some of the best evidence on the horse front is in tendon repair. Tendon injuries are usually monitored for healing with ultrasound, and there are many reports of greatly improved healing patterns with the use of stem cell therapy. Recent research by VetCell shows a 24 percent re-injury rate in stem cell-treated horses with tendon injuries, as compared to a 56 percent re-injury rate in traditionally treated horses with the same sort of injuries. On the small animal side, Vet-Stem recently released a study that showed a good response when dogs with arthritis were treated with stem cells.

These are promising developments, but we are far from understanding exactly how stem cells work. Some speculate that stem cells might actually be inducing surrounding cells to start healing themselves. But results have been so good in the main areas of investigation — tendon and ligament injuries, fractures and arthritis — that the possibilities seem only to be expanding.

While human medicine is bogged down in the quagmire of embryonic stem cells, vet medicine is actively pressing forward with all the tools available. We’re hoping that stem cell research will help the recovery of many of our four-legged friends.

Sara Shaw is a doctor of veterinary medicine in Spokane.