Not using toilet paper is hard. Plus other non-revelations. 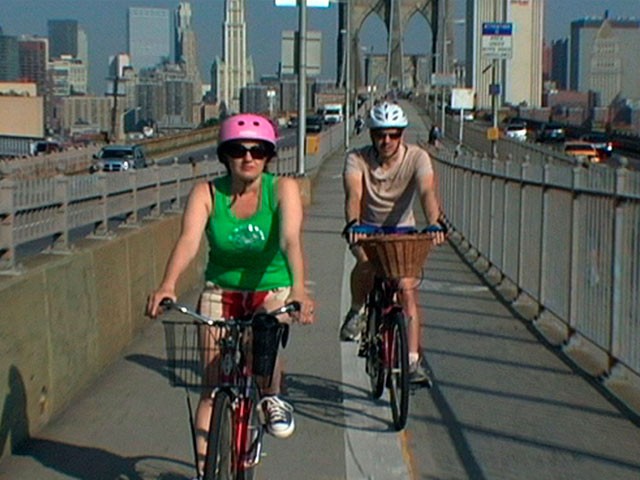 The most surprising thing about No Impact Man — the only surprising thing, maybe — is how many directions the spite comes from. Americans like spite — we are a partisan, factionalized nation, after all — but here the venom is all directed at Colin Beavan, a soft-spoken, naive-seeming new Yorker. Beavan — a writer and a liberal — may have written two history books, but now he wants to link his writing with activism.

What he wants, without ever saying it, is to quill his generation’s Walden.

His declared project involves living impact-free for a year — or rather, gradually phasing things out over the first six months and then living totally impact-free for the rest of the year: no electricity, no refrigeration, no toilet paper. Nothing.

As sustainability is a cause célèbre in basically all circles, Beavan seems to magically generate publicity for this endeavor — an endeavor, it must be noted, through which he drags his wife and toddler daughter. Good Morning America followed him for this entire year, often alongside the documentary crew filming this film.

And that’s where the spite comes in. From conservative blog commenters (one wants to kill Beavan’s entire family with an automatic rile). From eco-activists (Beavan should be working to change laws). Even from people doing more or less what Beavan is doing, but less so (the extremity of his mission makes the whole movement seem fringe).

Other than web chatter, however, the rest of No Impact Man is rather staid. not using toilet paper is hard. (No shit.) The most intriguing character is Beavan’s wife, Michelle Conlin, a writer at BusinessWeek who makes enough money that she can drop nearly $1,000 on Chloe boots and only feel a teensy bit sheepish. She’s the only non-static character, being incredibly resistant before seeming to make a genuine life change.

I say “seeming” because we never really see it — not the emotions, not the near breakdown. The life-change happens in its and starts, making it hard to love these people and hard to hate them. The film ends without having presented any sense of real sacrifice.

Maybe the book is better.