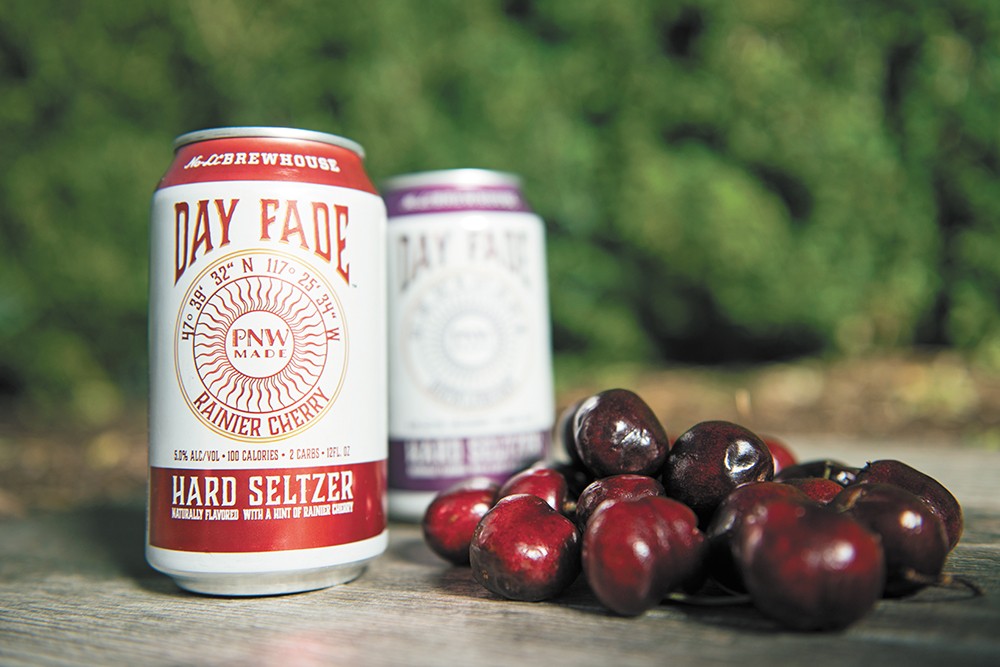 While hard seltzers first hit the market several years ago, it's truly hard to deny that within the last year, spiked seltzers have begun (white) clawing their way up the popularity ladder, with more flavors and varieties popping up in stores all the time.

Now there's a local, Spokane-brewed option, with No-Li Brewhouse proudly taking the mantle as the first hard seltzer maker in the region.

After seeing the rising popularity of the bubbly beverages, which are lower in calories and carbs, the folks at No-Li decided to give it a go, explains Bill Powers, No-Li's marketing director.

"[Last winter] we started investigating how hard it would be and did some test batches, and those went really well," Powers says. "We were like, 'Yeah, we're onto something here.' People know some of the more popular brands like White Claw and Truly, and we thought why not have a local company make it for the people of Washington state, Spokane and the Northwest?"

So far they've got two flavors, Day Fade Huckleberry and Day Fade Rainier Cherry. The 12-ounce cans come in at 2 carbs, 100 calories and 5 percent alcohol, and in Powers' experience at beer festivals, they're appealing to people across the board.

The hard seltzers can be found at independent local grocery chains such as Rosauers, Yoke's, and Super One and, of course, at No-Li's pub, at 1003 E. Trent Ave.

The original print version of this article was headlined "Sparkling Sips"