Into the Storm's CGI tornadoes don't have enough star power 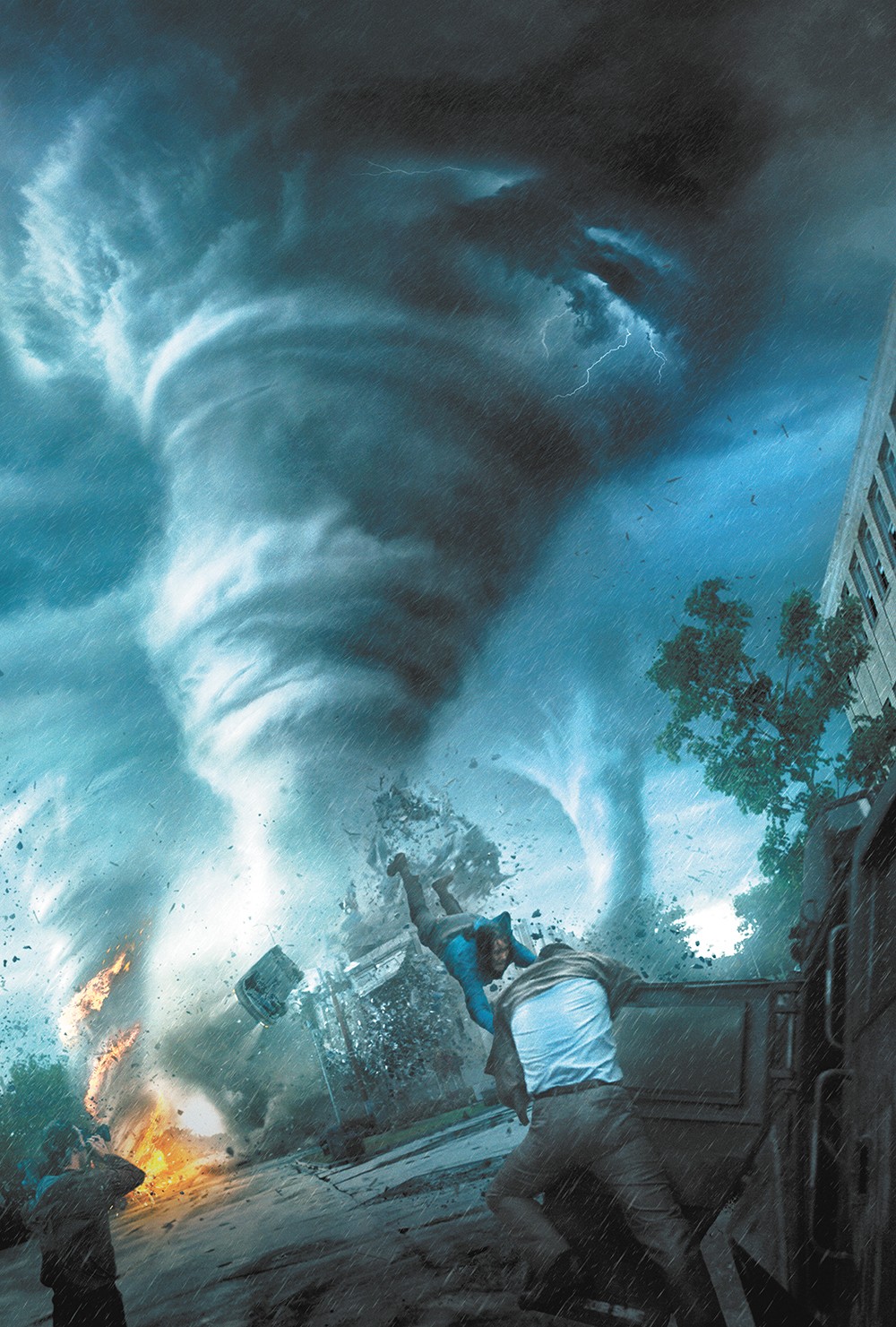 about the idea that, once upon a time, the stars of disaster movies were ... well, stars. In the 1970s, when disaster was big box-office business, filmmakers gave their massive-scale, life-threatening scenarios a patina of respectability by casting big-name, above-the-line talent in the lead roles: Burt Lancaster in Airport, Gene Hackman and Shelley Winters in The Poseidon Adventure, Paul Newman and Steve McQueen in The Towering Inferno, Charlton Heston in Earthquake, Heston again in Airport 1975.

Then came the 1990s and the CGI visual-effects age — and with it, the notion that the disaster itself was the above-the-line star. So while Roland Emmerich (Independence Day, The Day After Tomorrow, 2012) may keep that spirit alive, more common are blockbusters in the spirit of 1996's Twister, where the end of any given storm sequence was an implicit cue to audience members that it was safe to visit the bathroom or snack bar.

Into the Storm continues in that tradition, adding the device, now seemingly even more popular, of found footage. In the small northern Oklahoma town of Silverton, a team of storm chasers — led by driven filmmaker Pete (Matt Walsh) and meteorological researcher Allison (Sarah Wayne Callies) — try to find some amazing footage for their planned documentary before their funding runs out. Meanwhile, it's high-school graduation day in Silverton, and vice-principal Gary (Richard Armitage) is trying to track down his missing son, Donnie (Max Deacon).

If you were feeling generous, you could say that the framing structure is employed when it proves convenient, and abandoned when it doesn't. It's certainly efficient that Donnie is making video time-capsule recordings that allow us to know within a matter of moments that his mom is dead and that Gary is tense and distant. And when director Steven Quale (Final Destination 5) occasionally would rather feature an impressive God's-eye-view shot of destruction? Hey, there's no need to get doctrinaire about this whole found-footage business.

Despite the leaps in CGI capabilities in the nearly 20 years since Twister, Into the Storm doesn't exactly break new ground in showing flying debris and people clinging to something for dear life lest they be swept up into the funnel. The disaster movie may still serve its primal function of letting us know that people forget their petty quarrels and take care of the things (and people) that really matter when the chips are down, but if Into the Storm isn't going to elevate the state of the art in storm porn, why not stay home and watch the Discovery Channel? ♦

Into the Storm is not showing in any theaters in the area.