Why, according to this critic, millions of Eagles fans can be wrong 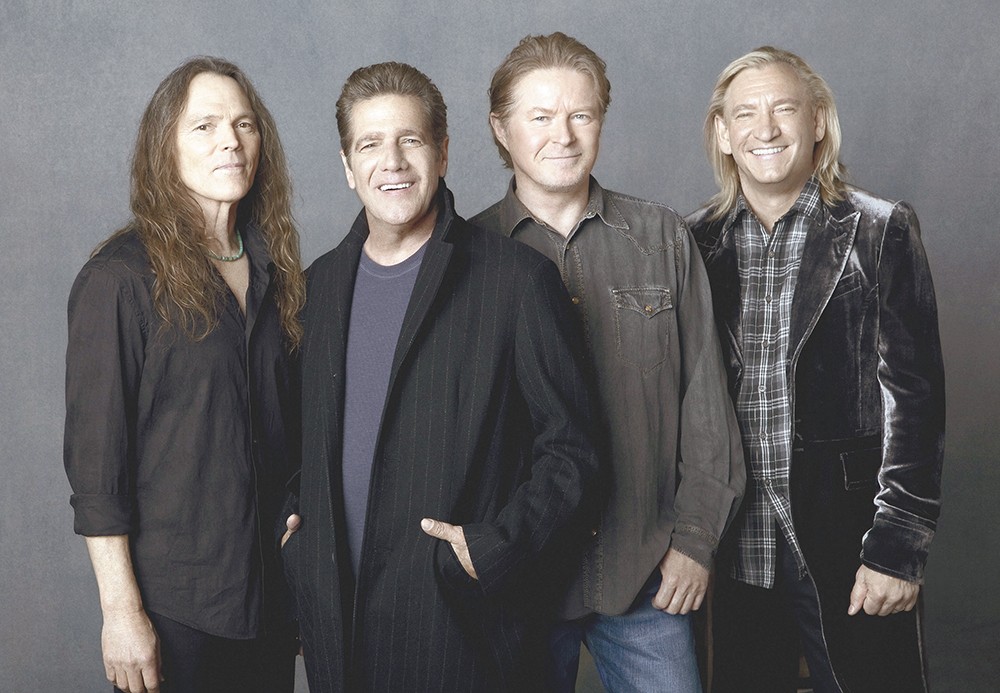 Isn't it time for the Eagles to retire already?

Can you believe the Eagles are swooping into Spokane during Volume,

For that same $200, you can treat nine friends and yourself to no less than 90 bands playing over two days. Of course, you have to be interested in music far more compelling than the country-lite schlock Don Henley, Glenn Frey and their assorted hired hands have been churning out since the 1970s. You know, the '70s — when re-electing Richard Nixon and disco fashion were considered good ideas in America.

Do I sound bitter? It's because my formative years came right after the Eagles' heyday, when they'd split up but radio continued to inundate us with their cocaine-cowboy croons. Thankfully, new styles like punk, New Wave and hip-hop came along as a reaction to the Eagles' arena-sized egos and stage shows, showing a lot of impressionable youngsters that a private jet doesn't make you a good band. If anything, it probably means you've lost touch, literally and emotionally, with the fans.

Reasons to dislike the Eagles:

— History of The Eagles, the band-approved documentary, is three hours and eight minutes! Compare that to the Mötley Crüe episode of VH1's Behind the Music. Over 40 minutes, the Crüe bio tackles deaths, overdoses, car crashes, breakups and all manner of groupie shenanigans — a complete, highly entertaining career arc. The biggest drama in the Eagles' doc involves a contract negotiation.

— Rock 'n' roll should be fun. Watch the interviews in that doc, or the performances. There's no joy. If you're not dangerous, at least have a good time. The Eagles are like a classic-rock animatronic Chuck E. Cheese band.

— Have some dignity. A lot of bands have gone the cash-grab "reunion tour" route, but none to quite the same degree as the Eagles, who have now spent more time soaking up every dollar possible on their "reunion" — 21 years and counting — than they spent together originally.