It took 15 years for Jess Walter's latest novel to weather into Beautiful Ruins. 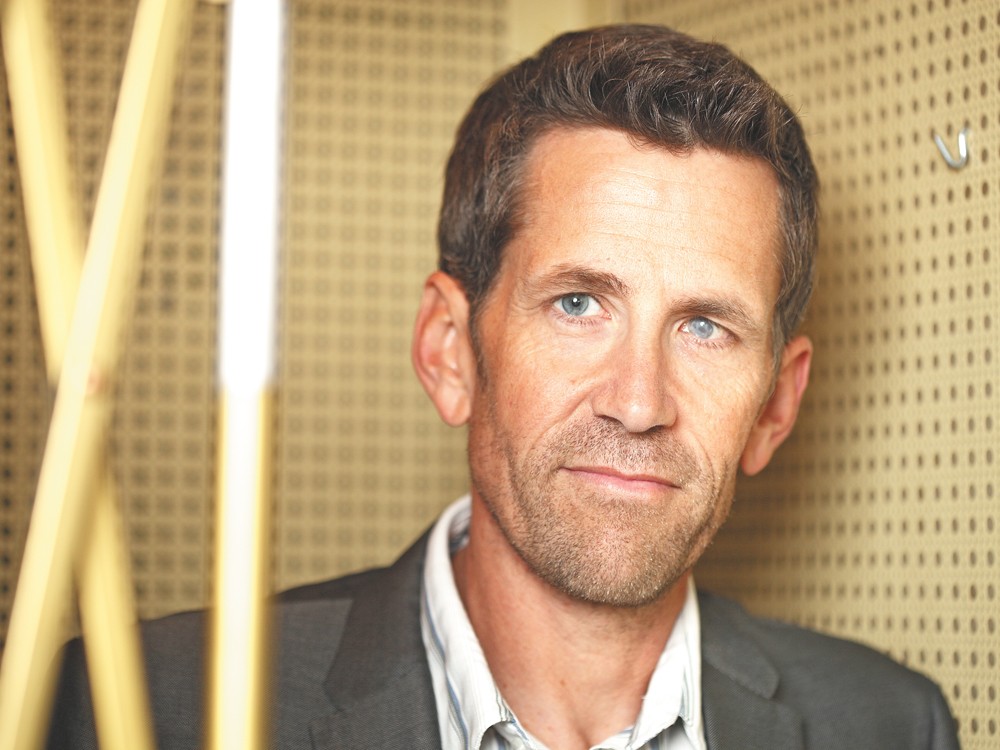 Porto Vergogna is a scab of buildings built into a gash of rock gouged into the face of a cliff.

It is a “rumor of a town,” although rumors generally suggest talk. By the time the dying actress hits town in 1962, no one has been talking about Porto Vergogna for decades.

The railroad turned its neighboring fishing villages along the Italian Riviera into world-famous resort towns. Founded in the 17th century as a purposefully remote place for sailors to consort with prostitutes, Porto Vergogna barely graduated to fishing village in the first place.

More than a scab or a gash, though — more than a village, even — Porto Vergogna is a phantom.

It is a made-up place that allows the novelist Jess Walter to take the beauty and the seclusion of the Cinque Terre and twist them to his needs, which are comic and tragic and contain enough pathos to deal with themes of fame and death and longing.

Young Kwak
When the dying actress — Dee Moray — comes aground, young Pasquale Tursi is “chest-deep in the cold Ligurian sea,” trying to undo fate and circumstance, trying to tame the tides themselves. He desperately wants to bring his town and his family’s small pensione, the Hotel Adequate View, some sort of cachet, but resort towns have beaches. Pasquale vows to build a beach with his bare hands and then cut a tennis court out of solid rock, and when he does, he believes, the American tourists will come.

The story of Walter’s new novel, Beautiful Ruins, begins here, as Dee and Pasquale meet by chance and their lives become intertwined. They are both young in 1962. When Walter first dreamed them up, in 1997, he was young too, all of 31, and dreaming of writing a story that wasn’t about his home town of Spokane.

The characters multiply and spread across the globe, finally reuniting in North Idaho in 2012, 50 book years after the story begins.

Fifteen real years after Walter envisioned it, the novelist says he’s come a similar distance, and that, along the way, everything has changed.

“I can almost guarantee there isn’t a single sentence that exists … from the version I put down for Financial Lives of the Poets,” Walter says last week at Taste Cafe, between bites of his sausage breakfast sandwich — a meal that has become a kind of ritual reward after a morning of writing.

The last time he set Beautiful Ruins down, in 2008, Walter had a pretty good idea of where the story was going — from Italy to Hollywood to the Inland Northwest, with stopovers in Seattle and Edinburgh, Scotland. He just didn’t know how it would all come together.

When he first imagined the story 11 years earlier, all he had was a visceral reaction to a place and the gut-wrenching yearning to keep his mother alive.

By that time, Walter had already been a reporter at the Spokesman-Review, and his reporting on the Ruby Ridge standoff had been nominated for a Pulitzer Prize. He parlayed that reporting into a 1995 book on the siege and quit his job at the Spokesman soon after, wanting to write novels.

Walter took a trip to Italy in 1997 and was enchanted by the place, especially the towns of the Cinque Terre, clinging improbably to the cliffs above the Ligurian Sea. After he got back, his mother was diagnosed with cancer.

He invented Porto Vergogna then. It was originally an enchanted little town populated by witches, Walter says, “this magic-realist fantasy place,” where no one died young. He envisioned Dee Moray as a surrogate for his mother. “My original intent was to send my mom to Italy,” Walter says, “And she’d find a place where the cancer couldn’t kill her.”

By 2001, Walter was in Hollywood shopping the script for Citizen Vince, the movie. He pitched Steve Tisch, who in the ’90s had produced blockbusters like Forrest Gump and hearts of darkness like American History X. Walter says Tisch said, “This reads like a novel. It’s very literary.” Seeing the hope on Walter’s face, Tisch elaborated, “That’s not a compliment.’”

Beautiful Ruins became about Hollywood as Walter encountered Hollywood. It became about his aspirations there and his failures and, more broadly, how we are all now trying to be our own kind of celebrities.

Along the way he sold his first two novels, crime stories, and was branded a crime writer, which is why Walter created the novel’s Michael Deane, a movie producer who finds success in reality TV and suddenly can’t do anything but make reality TV.

In 15 years, the world of Beautiful Ruins has changed as the world has changed. The second chapter features a smartphone that pushes data on its owner, Claire Silver, like a drug dealer.

The people of Beautiful Ruins, though, have changed as Walter himself has changed.

He says he finds himself altered by his successes — best-seller status and a National Book Award nomination, a script that’s probably going to become a film starring Jack Black — but more so by his failures.

And more than the failures that can be catalogued, he feels changed by the mere fact of having toiled for a decade and a half — shelving works, returning to them, shelving them again. He put down Beautiful Ruins five times in all, once for every other novel he’s published.

What began as a young writer’s wish fulfillment has become a book about the ways in which life becomes fulfilling, regardless of how often your hopes are dashed.

The book’s title comes from a New Yorker article describing the actor Richard Burton. Burton had incredible talent and lived incredibly hard. In the end, he was defined as much for the tumult of his life as by the art he made. The writer describes the mid-career actor as “54 at the time and already a beautiful ruin.”

Walter knew Burton was going to be a part of Dee and Pasquale’s story, but when he found that passage, he says, “That phrase just rose out of the page as I was reading it,” Walter says.

Burton wasn’t just a character. He was symbolic of the entire book.

Lines of age have begun to etch their way across Jess Walter’s face, the way the seams that house the cliff villages of the Cinque Terre have cut themselves into the cliffs of the Italian Riviera.

Walter has almost no body fat, so nothing on him sags. At 46, though, the laugh lines at the corners of his eyes have whiskered all the way down to the tops of his cheeks. New crannies have split off from the natural parentheses that bound his upper lip and mouth and have worn their way down almost to his jaw.

Walter has said he writes to try to name some aspect of the human condition that hasn’t yet been named. Beautiful Ruins is an attempt to capture what that description of Burton had captured, he says, “the beauty of failure.”

Jess Walter says he couldn’t have written Beautiful Ruins until he had begun to know what it meant to be a ruin himself.

He smiles at this sentiment, and when he does, the parentheses that bound his mouth swell and deepen until it seems like you could almost fit miniature Porto Vergognas on either side.