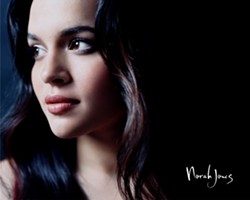 Norah Jones' debut album Come Away With Me.


After winning five Grammy Awards for her debut album Come Away With Me (2001) Jones' success led her to winning four more Grammy Awards. Her latest album Day Breaks (2016) featured nine original songs and three covers that returned to the piano-driven music central to the start of her career.