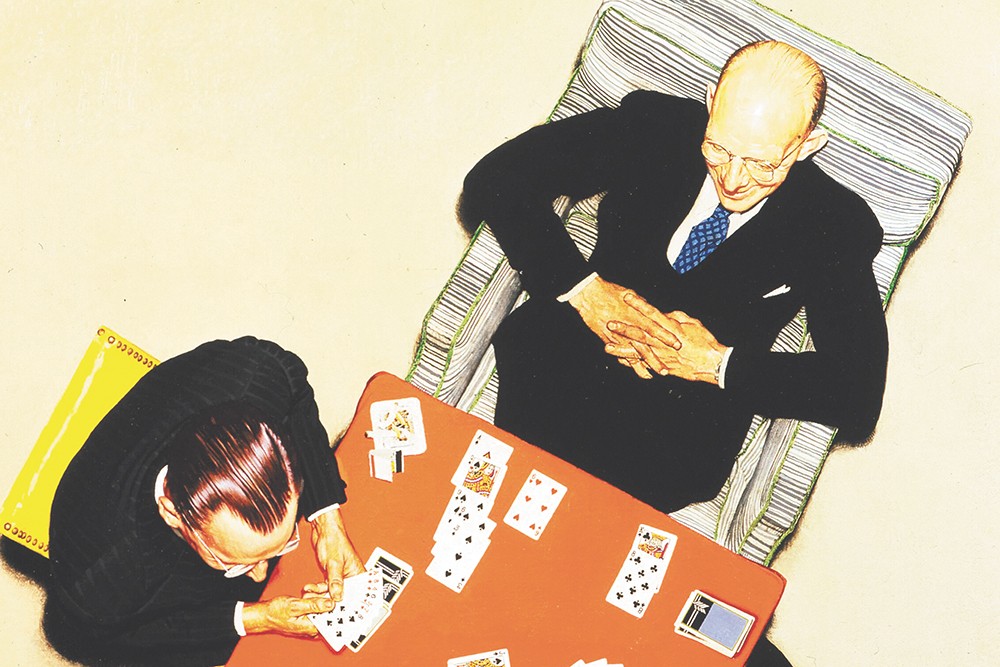 Even if you don't know the images were his, you know Norman Rockwell's work like the Saturday Evening Post covers depicting American life from the '30s, '40s, '50s and even early '60s. Cops and firemen, soldiers, schoolgirls, families eating Thanksgiving dinner, friends playing cards — it was all fair game for Rockwell, who spent nearly 60 years with the Post. In Girl At Mirror, a young girl assesses her potential against the movie star magazine in her lap. Runaway shows a beefy police officer seated next to a young boy at a soda counter, a knowing look on the man's face as he eyes the boy's knapsack. Rockwell's Triple Self-Portrait shows the bespectacled artist painting his image from a mirror and has been spoofed by artists and others ever since.

About his work, Rockwell provided this insight: "I was showing the America I knew and observed to others who might not have noticed."

And when Rockwell saw that America was fraught with injustice — violence over segregation, intolerance to religious diversity — he painted that too, nudging the populace towards a new understanding of America. That makes this traveling exhibition organized by the National Museum of American Illustration in Newport, Rhode Island, all the more timely, offering an opportunity to see the collective vision of a man whose images have become part of our collective sense of American culture.