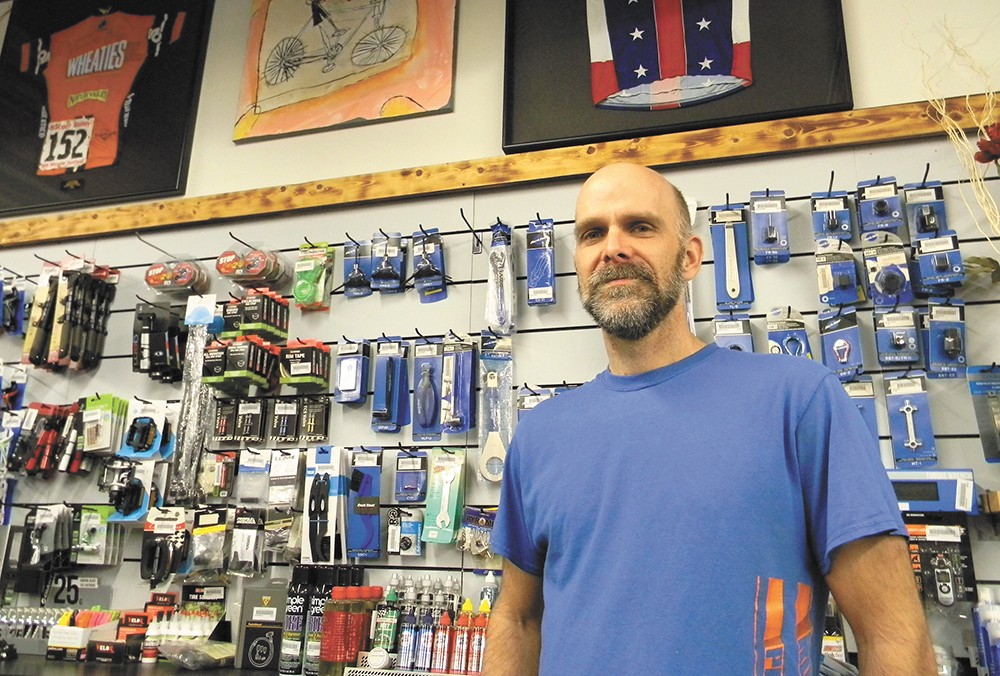 Jake Thomas
Owner Mike Gaertner moved his shop to Sherman Avenue about two and a half years ago.

No matter the season,

you can find Mike Gaertner, the owner of Vertical Earth, on a bike. In the warmer months, he's on mountain trails. In the winter, Gaertner rolls out his fat bike, which includes cartoonishly gargantuan treaded tires, and plods through the snow.

"There's nothing better than getting on trails," says Gaertner. "The fun part about bike shops is relaying it to other people."

"We've been doing this for a long time," says Gaertner. "And what we focus on is freedom, fitness and camaraderie."

The store moved to its current location on Sherman Avenue about two and a half years ago. What sets Vertical Earth apart from other shops, says Gaertner, is the wide range of items sold in the 5,200-square-foot space.

The store boasts a wide selection of cyclocross, mountain, road and fat bikes from brands including Giant, Scott and Kona. Vertical Earth also sells bags, jackets, helmets, car racks and trailers, as well as non-bike-related gear, such as wetsuits for triathlons. In the summer, the store is stocked with cruisers and road bikes. In the winter, Vertical Earth shifts its focus to fat bikes and also sells snowshoes and winter wear.

"The whole shop is designed for the season," says Gaertner. "Any time of year, we can set you up."

If you already have a bike that needs fixing, or just a tune-up, Vertical Earth has you covered. "We take care of any kind of bike," says Gaertner.

Gaertner worked at bike shops in Pocatello, Idaho and Missoula, Montana, while riding competitively before deciding to go into business for himself. In one regard, he says, biking and business are similar.

"Eventually you get good at it if you do it enough," he says.